)
Global effort will catalogue information languishing in drawers and basements.

Global effort will catalogue information languishing in drawers and basements. 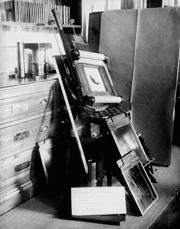 Millions of astronomical plates are just waiting to be rescued.R. ASTRON. SOC./SPL

Around the world, key scientific data are at risk of being lost, either because they are held on fragile or obsolete media or because they may be destroyed by researchers who are unaware of their value. Now a team of scientists is planning to scour museums and research institutes to draw up a global inventory of threatened data. Launched on 29 October, shortly after the biennial conference of the Committee on Data for Science and Technology in Stellenbosch, South Africa, the project aims to publish the inventory online in 2012.

The effort should enable future rescue programmes to target the most valuable and threatened material, and it should also alert researchers to resources of which they were unaware. Climate-change studies, for example, require data series on temperature and rainfall reaching back further than digital records. Some scientists are having to leaf through old ships' logs for clues to past weather patterns.

It is not only data in old books or photographs that are at risk. Digital information collected between 1950 and 1980 is also threatened, because it is stored on outdated media often subject to deterioration, such as magnetic tape and floppy disks, making it increasingly difficult to access and retrieve. Developing countries host some of the most valuable data - from land use to disease statistics - and the most threatened, for example by local conflict and inadequate or patchy storage. The task group hopes to catalogue such data by simply asking scientists, by e-mail and telephone calls, what records are lying in their vaults.