How should data scientists think about starting or joining a start-up? We summarize the advice from a high-powered KDD-2013 panel of leading data scientists/enterpreneurs who share their start-up experience.

Data Scientists are very much in demand, as KDnuggets readers certainly know, but making a jump from a scientist to an enterpreneur requires a rare combination of both analytics and enterpreneurial skills.

One of the more exciting events at KDD-2013 Conference on Knowledge Discovery and Data Mining, just concluded in Chicago, was a panel 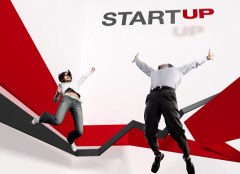 “A Data Scientist’s Guide to Making Money from Start-ups”.

Panelists included 4 leading scientists/enterpreneurs who have shared their start-up experience.

The panel was moderated by leading data science researchers Foster Provost (NYU) and Geoff Webb (Monash U.), who also have experience launching a start-up.

Here are my (edited) @kdnuggets tweets and short notes from this panel – thanks to Usama Fayyad for comments on an earlier version.

Claudia Perlich: Why I joined a start-up: the energy level, the fast pace of start-ups

Oren Etzioni: learn from your first start-up, then immediately go to your 2nd start-up

Ron Bekkerman said that an average return from start-up was $1 million, but Usama Fayyad thought that for Data Science/Data Mining start-ups the average is much higher, perhaps $5-10 millions, as this is a new and hot area with strong demand.

Ron Bekkerman had several points on investing and expected returns:

Claudia Perlich: the most rewarding part of a start-up is being at the core of the company

Question: How can a start-up compete for talent with established companies?

Someone on the panel said: If you want to pursue a PhD, the burden of proof is on you. You should also want to be a professor .

Ron Bekkerman: the critical success factors for a startup (not just data science) are

See also a write-up on this panel:
6 tips for turning that data science education into startup riches, by Derrick Harris, GigaOm, Aug 14, 2013.