I find myself coming back to the same few pictures when explaining basic machine learning concepts. Below is a list I find most illuminating. 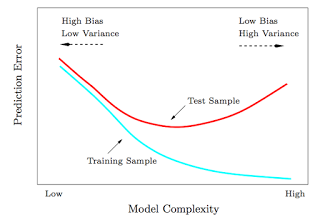 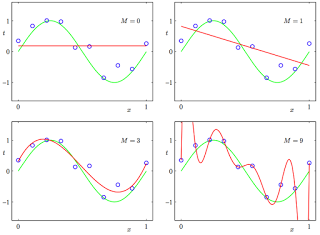 2. Under and overfitting: PRML Figure 1.4. Plots of polynomials having various orders M, shown as red curves, fitted to the data set generated by the green curve.

3. Occam's razor ITILA Figure 28.3. This figure gives the basic intuition for why complex models can turn out to be less probable. The horizontal axis represents the space of possible data sets D. Bayes’ theorem rewards models in proportion to how much they predicted the data that occurred. These predictions are quantified by a normalized probability distribution on D. This probability of the data given model Hi, P (D | Hi), is called the evidence for Hi. A simple model H1 makes only a limited range of predictions, shown by P(D|H1); a more powerful model H2, that has, for example, more free parameters than H1, is able to predict a greater variety of data sets. This means, however, that H2 does not predict the data sets in region C1 as strongly as H1. Suppose that equal prior probabilities have been assigned to the two models. Then, if the data set falls in region C1, the less powerful model H1 will be the more probable model. 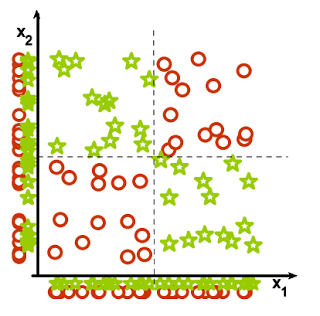 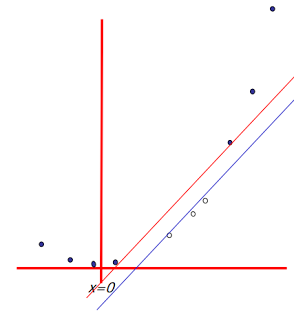 7. Discriminative vs Generative
From SVM tutorial slides by Andrew Moore: a one dimensional non-linear classification problem with input x is turned into a 2-D problem z=(x, x^2) that is linearly separable.
See more Machine Learning pictures at http://www.denizyuret.com/2014/02/machine-learning-in-5-pictures.html

Deniz Yuret is an associate professor in Computer Engineering at Koç University in Istanbul, Turkey, working at the Artificial Intelligence Laboratory. He was at MIT AI Lab and co-founded Inquira.