On May 30, 2012, Governor Deval Patrick launched the Massachusetts Big Data Initiative, to leverage and expand the Commonwealth’s position as a global leader in the rapidly growing big data sector. The Initiative, led by the Innovation Institute at the Massachusetts Technology Collaborative, has launched several pilot efforts to enhance and grow the region’s vibrant and expanding Mass Big Data ecosystem, including strategic and collaborative partnership efforts with academia, industry and public sector organizations.

The 2014 Mass Big Data Report provides an assessment of the relative strengths and weaknesses of the Commonwealth in big data. It highlights prospects for growth in areas such as talent and workforce, ecosystem, and public data access; and identifies opportunities to promote and expand the Mass Big Data sector, while enhancing the Commonwealth’s position as a global leader. This Report is intended to serve as a baseline assessment of the Massachusetts Big Data ecosystem and related economic factors. 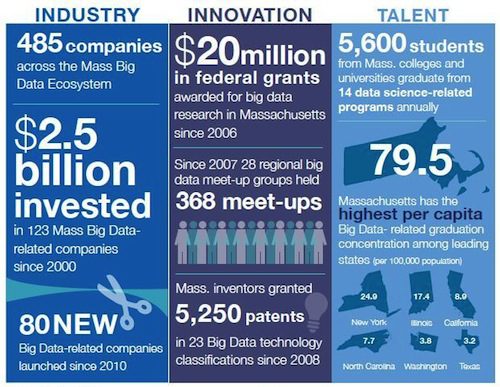 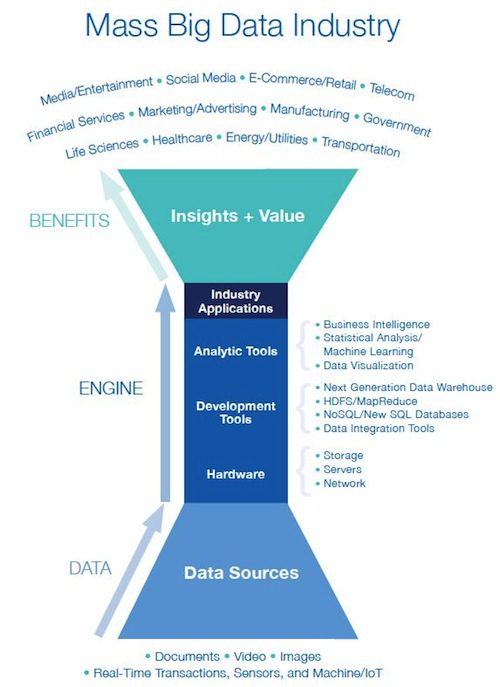 Almost 60 percent of survey respondents ranked California as the top location for businesses in the big data sector. California has not launched state-sponsored initiatives which specifically target big data. Massachusetts’ competitive position centers around the unique combination of business, technology and talent strengths, with some of the top global big data firms making their headquarters in the Commonwealth, including EMC, Attiva, and Basho.

The concentration and access to big data talent is higher in Massachusetts than other technology focused regions throughout the United States. Respondents to the Mass Big Data Study rank Massachusetts third after California and New York for building big data businesses. Federal funding for big data initiatives through an announced $200 million commitment will be a factor in regional advancement as well.

The complete report is available for free download at: Massachusetts Big Data Report 2014