We asked global research leaders in Data Science and Big Data what are the most interesting research papers/advances of 2014 and what are the key trends they see in 2015. Here are their answers.

In December 2014 KDnuggets reached to a number of Data Mining, Data Science, and KDD research leaders and asked them 2 questions:

1. What was the most important research paper on Data Science, Data Mining, Databases in 2014?
Or if you don't want to select from papers of others, what was your most favorite paper in 2014?

2. Which Data Science, Data Mining, Big Data trend do you expect to dominate in 2015?

The most popular trends among mentioned were
AI, Deep Learning, Healthcare informatics/analytics.

As for the papers, we found that many researchers were so busy that they did not really have the time to read many papers by others.

Of course, top researchers learn about works of others from personal interactions, including conferences and meetings, but we hope that professors have enough students who do read the papers and summarize the important ones for them!

Here are the answers.

Individual papers are rather incremental these days and broad advancements can only be understood in the context of collections of papers. Furthermore, most of these advancements existed before 2014, but 2014 saw a significant push in these directions. The three most important areas of growth in the data science field are as follows: 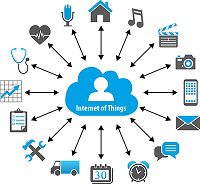 1. While the IoT (Internet of Things) phenomenon started around 2011 or 2012, it has greatly sped up in 2014, especially in terms of its impact on data science. This is because of the confluence between the area of big data, data streams, and the natural data intensive applications in the IoT paradigm. Smart healthcare, social sensing, smart cities are examples of these phenomenon and there is also significant commercial interest. History has shown us that advancements are most permanent when they are supported by commercial interests.

2. There has been an increase in the number of papers written on the interplay between big data/data streams and more complex data types. In the past, most of the streaming papers were focused on the notion of multidimensional data, which is an important but limited paradigm. The temporal and streaming aspects are now being studied in the context of complex data types such as graphs, social networks, and social streams. This area of analysis is rich and remains largely unexplored.

3. The focus on healthcare data analytics has also become increasingly prominent in 2014. The key areas of focus include smart technologies, electronic health records, data integration/fusion, and privacy. The issue of privacy remains the primary challenge for data scientists and also the greatest opportunity for new research.

The future developments are likely to mirror recent advancements. Research is a continuous process, and one cannot expect the advancements to be decoupled from the recent developments.

I believe that the development of more efficient processors and compact storage systems will open frontiers, which were previously considered unattainable.


Mohammed J. Zaki a Professor of Computer Science at RPI:

1) I think the emphasis on Big Data will continue, with newer/better systems and algorithms for big DM and ML.

I feel one of the key research issues for data science is how to make use of the big data in a novel way to go beyond what data mining researchers have done using a large amount of data in the past (e.g., scaling-up machine learning and data mining algorithms and data stream mining).

In my opinion, one of the long term trends is or should be to use the big and diverse data to discover common sense knowledge for continuous machine learning and data mining, i.e., to retain the results and knowledge learned in the past and use them to help future learning and problem solving. Without this lifelong learning capability, no system will ever be intelligent.

More intelligence is what the data science should go for in the big data era. Although standalone or pure statistical machine learning and data mining algorithms, which represent principled guessing, can still be improved, they have their limits. The question is how to go beyond such pure algorithmic approaches to push machine learning and data mining forward. I believe we should go for more intelligence, i.e., to learn as humans do.

GP: This paper from Google researchers presents an amazing system which combines deep learning, computer vision and machine translation to automatically generate natural sentences describing an image. This paper was widely covered, and was in KDnuggets Top Tweets in November 2014. 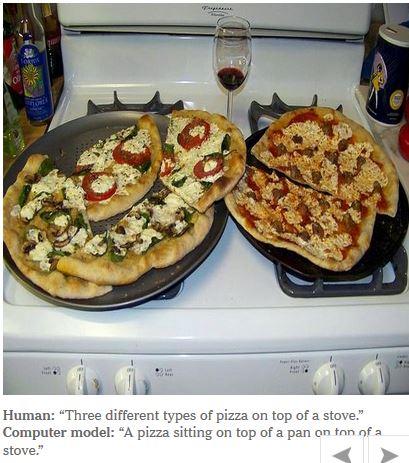 Trends: "Open Source Systems" and "Feature Engineering" are two trendy keywords that we will see more often in the coming year. Disk Centric and Network Centric Issues are questions concerned most by practitioners and will have big impact in the practical field.

Paper: I am a bit of a contrarian. I like papers that show a flaw or weakness in existing work, or show that a common assumption was unwarranted.

"Deep Neural Networks are Easily Fooled: High Confidence Predictions for Unrecognizable Images", by Anh Nguyen, Jason Yosinski, Jeff Clune, is the most interesting such paper I have read in years. As an aside, the authors have done a spectacular job in presentation. Not only is the paper very well written, but there is a great supporting webpage with a video and even a useful FAQ.

1) Some nice empirical work on how good is peer review, i.e. the NIPS consistency experiment

GP: See also KDnuggets Interview with Eamonn Keogh: SPOTLIGHT: Can Data Science Save Humanity from Mosquitoes and other Deadly Insects?

Fusion data from heterogeneous data sources.
If you look at the papers in the major conferences, quite a few of them are fusing multiple data sources to improve the prediction. I think it will be an important trend going forward.

The paper proposes a new research problem that we met again and again in a series of practical applications. It won the best paper award in the PAKDD 2014 conference.

Big data will go deeper into traditional offline domains, and will come closer to customers in their daily life. Novel, big data enabled business models become a key in unlocking the power of big data.

The idea is that any algorithm that asks a sequence of queries of a database of size n, where one query depends on the outcome of previous queries, can be led to false conclusions after O(n^3) queries. They believe this can be reduced to O(n^2) but can't prove it. Essentially all interesting data-analysis algorithms have this property, e.g., gradient descent. You can think of it as a stronger Bonferroni's principle for non-independent trials.

I suspect that "deep learning" is going to be all the rage in 2015, but that like with most approaches to data analysis, it will have a few successes that are widely trumpeted and lots of failures that never see the light of day.

The following paper dated in 2015 but was accepted in Oct. 2014 is an even more favorable one by me but it is officially dated in 2015.

I believe statistical learning-based mining methods could become more dominant next year. In the long run, I expect heterogeneous information network creation and mining will become a key thing to turn structured or unstructured data to organized knowledge.

Not necessarily the best data science paper, but certainly important for the discussions it brought up about data science ethics.


Pedro Domingos, Professor, U. of Washington: 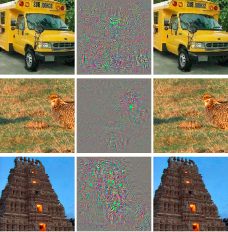 (GP: this paper was also covered in KDnuggets: see Does Deep Learning Have Deep Flaws?. It found that for every correctly classified image, one can generate an "adversarial", visually indistinguishable image that will be misclassified. This suggests potential deep flaws in all neural networks, including possibly a human brain. )

Deep learning will continue to rack up successes and increase in popularity.

I liked the following three papers from KDD 2014:

Analysis and linking of heterogeneous streams, and Systems Security