Big Data, Privacy, and Security – which side are you on?

After all the positive promise, the hype, and predictions about Big Data, 2015 started with a debate about privacy and specifically whether or not companies like Google and Facebook should be allowed to encrypt their users data.

comments
January was a really bum start to 2015.

The massacre at the Charlie Hebdo offices in Paris last month was a stark reminder of how vulnerable we all are to acts of terrorism. Whoever and wherever you are in the world, you should never go to work, and not get to go home afterwards.

As people from all around the world were glued to the events unravelling in Paris, Big Data was thrown under the spotlight. After all the positive promise, the hype and the countless predictions made about Big Data’s role in 2015, we were instead having to debate privacy and specifically the unanswered question of whether or not internet service providers and social media companies should be allowed to encrypt their users data.

David Cameron (the British Prime Minister), fresh from marching (and jostling) in front of the cameras in Paris in support of freedom of speech, made the unusually contradictory move, upon returning to the UK, of threatening social apps such as WhatsApp and Snapchat by saying “In our country, do we want to allow a means of communication between people which we cannot read?”

Critics and ‘privacy-pro’ supporters quickly moved to slam Cameron’s comments, calling them “ludicrous” and even accusing Cameron of “living in cloud cuckoo land”. Besides the many breaches of basic human rights to privacy, decryption also leaves us wide open to hackers who want to meddle and do damaging things (ironically, handing even more power to terrorists).

But if he has a point where does that leave companies like Google and Facebook when it comes to their Big Data?

The US & UK government already have the right to make data requests from internet service providers and other social media companies, but if they had their way, Google and Facebook would agree to a ‘revolving door’ policy, when it comes to access to their users’ data, including real time analytics on the conversations, status updates and posts happening across their sites.

The Edward Snowden leaks revealed the enormity of wholesale surveillance by government agencies such as the NSA. From their operational home in Utah (a complex sprawling a head-spinning 100,000 square feet, making it the largest data centre in the world), the NSA are receiving and processing the metadata of around 200 million text messages a day. These messages are then fed through trained algorithms to detect anything from untoward sentiment to full scale terror plots.

The NSA claim that they identified up to 100 terrorism related “activities” since the beginning of their surveillance programme in 2006. However, due to “classified” status, little is known about the details, and only 4 “declassified” arrests have been accredited to the NSA.

Critics call this the German secret police on steroids and argue that not enough prosecutions have been made to warrant the need for such wide-scaling spying programmes. Government officials will argue that this is a necessity in the fight against homeland and global terrorism.

Despite the amount of pressure from government officials in Washington DC, surmounted onto the boys from Mountain View and Cupertino, into giving the NSA more access to their Big Data, there is strong resistance. In November 2014, the ‘Reform Government Surveillance’ coalition was formed between Facebook, Google, Twitter, Apple and Microsoft, in an aid to stop the NSA from hovering mass email and Internet metadata.

In an open letter sent to the Senate, the coalition wrote “The Senate has an opportunity this week to vote on the bipartisan USA Freedom Act,”. They also added “We urge you to pass the bill, which both protects national security and reaffirms America’s commitment to the freedoms we all cherish.”

However, with the USA Freedom Act being scrutinized by a congress controlled by surveillance favouring Republicans, it looks increasingly likely that metadata transparency deals with the big Internet companies will become more and more clearer. 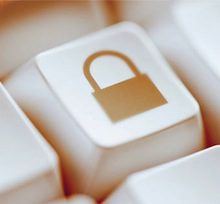 If we are to see in increase in attacks happening across to the world, similar to the one that happened in Paris, the question companies like Google and Facebook need to answer, is how long can they fight the privacy war for?

As Google puts it “don’t be evil”, but when it comes to the subject of eavesdropping NSA officials versus plotting terrorists, to whom do they intend it the most?

Bio: Chris Pearson is a Partner and Co-Founder at Big Cloud, a big thinking recruitment company focused on all things Big Data & Data Science. He is based in Manchester, UK.