Automation is a rising trend in the recent technology boom, but it can impose a level or risk. Harmonizing both human decision and powerful computing abilities will be key, especially for enterprises looking to unlock insights through analytics.

While automation has been a key trend in the recent technology boom, decision-making efforts are still safeguarded by humans. The shear idea of building human-like intelligence in the form of autonomous technology (artificial intelligence) sounds appealing, but along with psychological resistance, it may impose business risk as well. 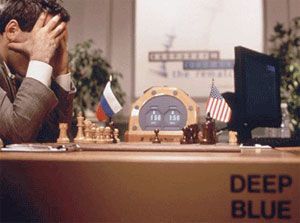 After being defeated by Deep Blue, IBM’s chess playing machine, Gary Kasparov began exploring the interplay between man and computer and how each could affect the outcome of a game. Kasparov designed a tournament to determine which grouping would garner superior results – solely humans, solely computers, or a combination of humans and computers. Hundreds of matches were played.

Teams comprised of humans leveraging computer assistance consistently defeated all challengers including the strongest “computer only” and “human only” teams. A surprising finding, however, unfolded and was reported by Kasparov.

“The surprise came at the conclusion of the event,” Kasparov stated. “The winner was revealed to be not a grandmaster with a state-of-the-art computer, but a pair of amateur American chess players using three computers at the same time.”

Teams consisting of weaker human players using superior computing generally outperformed teams consisting of stronger human players using inferior computing. This serves as a great example of how combining the speed and processing power of a computer with a human’s interpretive capabilities leads to superior results. And this is Augmented Intelligence in its basic form - computational algorithms helping to put the human end user in the best position to make an informed decision.

Augmented Intelligences in the work environment 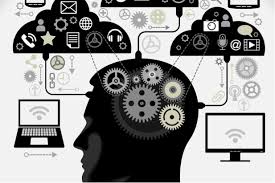 Due to the significant increase in collected data and the increased complexity of the reasoning process itself, performing investigative analytical tasks has become more challenging. The simple goal of any analytics effort is to leverage information to better business processes. This can involve a variety of techniques to identify and track multiple hypotheses, gathering evidence to validate correct hypotheses and eliminating ones that offer no business value.

Here enters Taste Analytics, a visual decision support system that keeps users in the analytics loop empowering them to identify intelligence that warrants attention. Taste Analytics focuses on providing everyone with augment intelligence from unstructured textual data. In simple terms, algorithms read and analyze textual data and determine the “who”, “what”, “when” and “where”. A human then uses this intelligence to determine the “why” and decides on the appropriate course of action.

Extracting machine-learned semantic context from textual data and identifying themes, topics and emerging issues from any data set is essential for businesses looking to leverage the power of technology to sift through hundreds of thousands of documents (e.g., Tweets, emails, news articles, survey results, etc.) that can automatically generate semantically similar clusters. This ability to categorize data, coupled with granular line item sentiment and entity extraction puts the end user in position to mine insight from any textual data source.

An interactive visualized front end allows virtually anyone to interact with data, empowering many in an enterprise to consume analytics. The interactive visualizations are designed to assist with one of the most fundamental concepts in investigative analysis, the four W’s (who, what, when, where). All visualizations are built to depict each of the four W’s, while the exploratory relation-probing nature of the system allows analysts to build their own conclusions on the “why”. Most importantly, by augmenting intelligence through deep computing processes, the “why” can be turned into specific action.