Eugenics – journey to the dark side at the dawn of statistics

Today is the 80th anniversary of the death of Karl Pearson, one of the founding father of statistics (correlation coefficient, principal components, the p-value, and much more). He was also deeply involved with eugenics, a jarring reminder that truth often comes bundled with a measure of darkness. 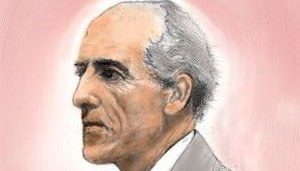 Today, April 27, is the 80th anniversary of the death of Karl Pearson, who contributed to statistics the correlation coefficient, principal components, the (increasingly-maligned) p-value, and much more.

Francis Galton (correlation, regression to the mean, survey methods) coined the term "eugenics" after reading "The Origin of Species" by his half cousin, Charles Darwin.

Galton focused much of his research and scientific publications on eugenics, and became the Honorary President of the British Eugenics Society.  Karl Pearson was a protege of Galton who assumed the Galton Chair of Eugenics at the University of London.

R. A. Fisher (design of experiments, discriminant analysis, F-distribution) joined official committees to promote eugenics and, in his "Genetical Theory of Natural Selection," focused on eugenics and what he saw as the need for the upper classes to boost their fertility.

The close ties between eugenics and statistics dissolved as statistics branched out in the service of all scientific disciplines, and eugenics itself was discredited through its close association with Nazi Germany.

The statistical methods that were developed in the service of eugenics are all sound and have survived the test of time. Though they are but a long-faded shadow in the eyes of modern statisticians, the genetic theories and social policies that motivated the founding fathers of statistics are, like Jefferson's views on slavery and Churchill's on Indian independence, a jarring reminder that illumination and truth often come bundled with a measure of darkness.

Bio: Peter Bruce is founder and president of the The Institute for Statistics Education at Statistics.com.