Our next installment of KDnuggets Top Blogger profiles focuses on Adit Deshpande. Adit is a computer science sophomore at UCLA, and is particularly interested in deep learning, something that is evident if you have read his blog posts.

Adit has contributed to KDnuggets three times over the past few months, with an upcoming fourth, and has achieved 2 gold Top Blogger badges for his fantastic and informative pieces. 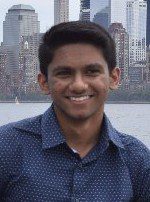 Aside from his posts on KDnuggets, Adit runs his own blog. You can find him on Twitter @aditdeshpande3. You can also find him on LinkedIn, and view some of his projects on GitHub.

Adit is currently searching for a Summer 2017 machine learning or data science internship which he deems a good fit for his unique abilities. If you have something that may work for him, do not hesitate to reach out via social media.

Take a few minutes to read more about this Top Blogger and his views.

Matthew Mayo: Hello Adit! First off, thank you for taking some time to speak to KDnuggets readers. What if we start by having you introduce yourself.

Adit Deshpande: First of all, thanks for giving me the opportunity for this interview. I’ve been a KDnuggets fan for quite some time now.

So, I’m a 2nd year undergraduate studying at the University of California, Los Angeles (UCLA). I’m majoring in computer science and minoring in Bioinformatics. Having been raised in the Silicon Valley, I’ve always had a big tech influence in my life, and it has definitely inspired a lot of interest in computer science and machine learning in particular.

You have contributed several guest blogs to KDnuggets over the past few months, all of which have been very informative and well received. Also, they have all been related to neural networks. What has attracted you to studying neural networks?

Well, I think what most attracted me to this field was just the incredible progress and innovation that has been taking place. From use in self driving cars to image recognition software, deep neural networks have really changed the tech landscape in the last 4-5 years. Attributed significantly to the increase in computing power and the accessibility of large datasets, the reawakening of neural networks and the subsequent increase in applications areas really makes this field an interesting one to learn more about and to be a part of. On a similar note, neural nets are also interesting because of the variety of forms they can take, as well as the number of industries they can benefit. For example, convolutional neural nets have been critical to object detection, recurrent neural nets have been the root of a lot of advancements in natural language processing, and deep neural nets were the backbone behind DeepMind’s AlphaGo project. I also read about a story a Japanese cucumber farmer that used CNNs to sort his vegetables, so it definitely will be interesting to see what other industries these networks can benefit.

You are currently an undergraduate student. Not to be presumptuous or put pressure on you, but do you have plans to pursue graduate studies? If so, would that be in the area of deep learning?

At this point in time, I actually feel more of an inclination to work in industry after graduation just because of the number of exciting products and areas that are currently being transformed by deep learning. This past summer, I had an internship at the Naval Research Lab, where we worked on creating an object detection system that could be implemented on an underwater robotic arm. For me, the experience of applying my knowledge of neural nets to create a usable end product was one that I really enjoyed. That being said, I definitely think that a Masters or PhD program focused on deep learning would be an incredible opportunity to really see if we can push the limits of this field even farther.

What advice would you give other undergraduates looking to tackle advanced machine learning topics?

Learn your math. ASAP. I definitely found this out the hard way. Getting a conceptual idea of how CNNs/RNNs work is great and if you want to just use popular deep learning frameworks for side projects and whatnot, then staying on that level of abstraction is probably good enough. However, if you really want to pursue a career in ML, learning the intricacies of backprop, other optimization techniques, and ML algorithms will be time well spent.
That being said, the math behind some ML algorithms definitely goes over my head a lot of the time, so it can be a tough road without the requisite courses. However, in order to first learn those conceptual ideas, I’d recommend Stanford CS 231N for CNNs, Stanford CS 224D for NLP, David Silver’s RL course for Reinforcement Learning, and Andrew’s Ng’s Coursera course for more of a general view of ML.

What is something you have read recently, whether or not related to machine learning, that you have found particularly interesting?

Don’t think this counts as something I read, but there was a really interesting talk given by Amnon Shashau (given at CVPR 2016) on how machine learning fits with self driving cars. I really enjoyed this presentation because I felt that Shashau really simplified this complex ML system into 3 main components, sensing, mapping, and the driving policy. I won’t go too far into these, but I thought it was very interesting to see all of the different factors and considerations that an ML based self driving system needs to take into account in order to be successful.

Where do you see deep learning taking artificial intelligence? Are we on the road to the "master algorithm" or general AI, or is this just another of many developments before we get to that point (assuming that is a reachable destination, of course)?

I think that deep learning is definitely a development that could prove to be a critical component of what’s necessary for the “master algorithm”. From the definition of deep learning itself, it is the idea of being able to represent the world in a nested hierarchy of concepts, where each concept is defined relative to simpler concepts (e.g The early layers of a CNN look for simple shapes and edges while the later layers look for more high level and abstract concepts such as faces of dogs). I think this really fits perfectly with the idea of a machine understanding the world, having intelligence, and becoming this general purpose AI.

In my mind, one really concerning obstacle that deep learning faces is this problem of interpretability. If we can’t probe a neural network to see why it made the classification it made, then can that still be labeled as intelligence (this term “intelligence” is definitely up for debate on what it actually entails)? Some may argue that you don’t necessarily need to know how/why a system works in order to use it (e.g Don’t need to understand rigid body physics to use an axe). People may also argue that humans themselves aren’t perfect at explaining their actions or decisions (e.g “I made decision X because it just felt right”).However, I think that lack of interpretability makes it a lot tougher for fields such as medicine, insurance, and law to accept the black box of deep learning.

Thanks for your time, Adit. I genuinely look forward to your future blog posts.