KDnuggets Home » News » 2016 » Dec » Opinions, Interviews » What You Are Too Afraid to Ask About Artificial Intelligence (Part II): Neuroscience

What You Are Too Afraid to Ask About Artificial Intelligence (Part II): Neuroscience

As a followup to Part 1, which covered the advancements in machine learning, this post gives considers comprehension of the brain mechanisms. We have an ever-increasing understanding of brain processes, which may help to foster the development of an AGI. 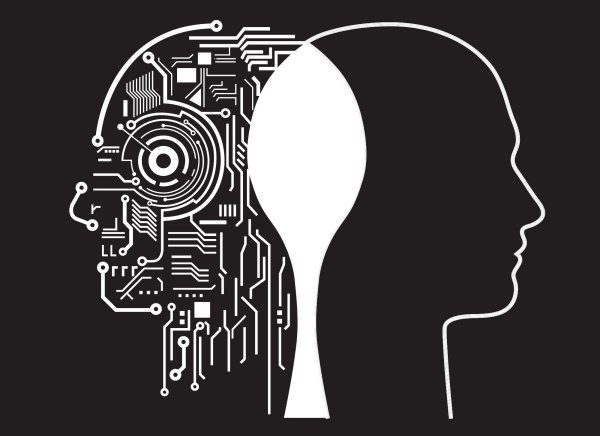 Along with the advancements in pure machine learning research, we have done many steps ahead toward a greater comprehension of the brain mechanisms. Although much has still to be understood, we have nowadays a slightly better overview of the brain processes, and this might help to foster the development of an AGI.

It seems clear that try to fully mimic the human brain is not a feasible approach, and is not even the correct one. However, drawing inspiration from how the brain works is a completely different story, and the study of neuroscience could both stimulate the creation of new algorithms and architectures, as well as validate the use of current machine learning research toward a formation of an AGI.

These can be seen then as the six principles any biological or artificial intelligence should possess to be defined as such. Intuitively, it sounds a reasonable model, because the neocortex learns from sensory data, and thus it creates a sensory-motor model of the world. Unfortunately, we do not fully comprehend how the neocortex works yet, and this demands a machine intelligence be created flexible as much as robust at the same time.

In a more recent work, Hawkins and Ahmad (2016) turned their attention on a neuroscientific problem who is though crucial to the development of an AGI. They tried to explain how neurons integrate inputs from thousands of synapses, and their consequent large-scale network behavior. Since it is not clear why neurons have active dendrites, almost every ANNs created so far do not use artificial dendrites at all, and this would suggest that something is probably missing in our artificial structures.

Their theory explains how networks of neurons work together, assumed all the many thousands of synapses presented in our brain. Given those excitatory neurons, they proposed a model for sequence memory that is a universal characteristic of the neocortical tissue, and that if correct would have a drastic impact on the way we design and implement artificial minds.

Rocki (2016) also highlighted few aspects specifically relevant for building a biologically inspired AI — specifically, the necessary components for creating a general-purpose learning algorithm. It is commonly assumed that humans do not learn in a supervised way, but they learn (unsupervised) to interpret the input from the environment, and they filter out as much data as possible without losing relevant information (Schmidhuber, 2015).

Somehow, the human brain applies a sort of Pareto’s rule (or a Minimum Description Length rule otherwise) to information it gathers through sensory representations, and keeps and stores only the information that can explain the most of what is happening. According to Rocki, unsupervised learning regularizes and compresses information making our brain a data compactor (Bengio et al., 2012; Hinton and Sejnowski, 1999).

In addition to being unsupervised, Rocki hypotheses that the architecture of a general-learning algorithm has to be compositional; sparse and distributed; objectiveless; and scalable. Human brain learns sequentially, starting from simpler patterns and breaking up more complex problems in terms of those simpler bricks it already understood — and this type of hierarchy and compositional learning is indeed well captured by deep learning.

As already pointed out by Ahmad and Hawkins (2015), sparse distributed representations are essential, and they are much more noisy-resistant than their dense counterparts. However, there are much more peculiarities that make SDRs preferable: there are no region-specific algorithms in the brain, but the cortical columns act as independent feature detectors. Each column becomes active in response to a certain stimulus, and at the same time, it laterally inhibits other adjacent columns, forming thus sparse activity patterns. Since they are sparse, it is easier to reverse engineer a certain external signal and extract information from it (Candès et al., 2006). The property of being distributed helps instead in understanding the causes of patterns variations. SDRs also facilitates the process described above of filtering out useless information. They represent minimum entropy-codes (Barlow et al., 1989) that provide a generalized learning mechanism with simpler temporal dependencies.

The reason why the learning process should not have a clear stated objective is slightly controversial, but Rocki — and Stanley and Lehman (2015) before him — support this argument as the only way to achieve and form transferrable concepts. Moreover, Rocki states scalability as fundamental for a general-learning architecture. The brain is inherently a parallel machine, and every region has both computational and storing tasks (and this is why GPUs are much more efficient than CPUs in deep learning). This would suggest an AI to have a hierarchical structure that separates local learning (parallel) from higher-order connections (synapses updates), as well as a memory that can itself compute, in order to reduce the energy cost of data transfers.

Rocki eventually concludes with some further functional rather than structural ingredients for the formation of an AI, namely: compression; prediction; understanding; sensorimotor; spatiotemporal invariance; context update; and pattern completion.

We discussed the importance of compression and sensorimotor before, and we can think of AGI as a general purpose compressor that forms stable representations of abstract concepts — although this point is controversial according to the no free lunch theorem (Wolpert and Macready, 1997) that indirectly states that this algorithm cannot exist. We can also see prediction as of a weak form of spatiotemporal coherence of the world, and then we can argue learning to predict to be equivalent to understanding. Finally, we need to incorporate a continuous loop of bottom-up predictions and top-down contextualization to our learning process, and this contextual spatiotemporal concept would also allow for a disambiguation in the case of multiple (contrasting) predictions.

Hawkins, J., and Ahmad, S. (2016). “Why Neurons Have Thousands of Synapses, A Theory of Sequence Memory in Neocortex”. Frontiers in Neural Circuits, 10.

KDnuggets Home » News » 2016 » Dec » Opinions, Interviews » What You Are Too Afraid to Ask About Artificial Intelligence (Part II): Neuroscience