IoT applications have to collect and analyze information from multiple heterogeneous objects. Dealing with multiple sensors and internet connected objects, at multiple levels, requires attention. Read on to find out more.


By John Soldatos, Internet of Things and Smart Cities Expert. 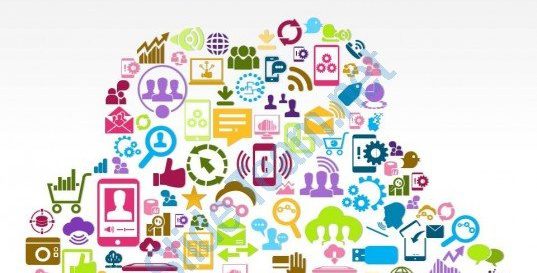 Emerging and future Internet-of-Things (IoT) systems will increasingly comprise mulitple heterogeneous internet connected objects (e.g., sensors), which will be operating across multiple layers (e.g., consider a camera providing a view of a large urban area and another focusing on a more specific location within the same area). Likewise, IoT applications will have to collect and analyze information from multiple heterogeneous objects, or even to compose services based on the interactions of multiple objects. Dealing with multiple sensors and internet connected objects, at multiple levels, requires:

These requirements are closely associated with the interoperability across IoT sensors and devices, which refers to the ability of two or more autonomous, heterogeneous, distributed digital entities to communicate and cooperate. In this definition of IoT nodes and elements interoperability, different entities are able to exchange and share both information and services, despite their major differences in programming platform, application context or data format. Furthermore,  interoperability implies that their communication or collaboration does not require any extra or special effort from the human or machine leveraging the results of their collaboration.

The fulfillment of these interoperability requirements has been addressed by early sensor and WSN middlware frameworks, such as Global Sensor Networks and its X-GSN extension which is part of our OpenIoT project. Furtheremore, standards-based implementations using Open Geospatial Consortium (OGC) standands have also emerged such as the Sensor Web project  and the 52north project.  OGC has introduced Sensor Web Enablement (SWE) as in aAn interoperability framework for accessing and utilizing sensors and sensor systems in a space-time context via Internet and Web protocols. OGC specifies a pool of web-based services, which can be used to maintain a registry/directory  of available sensors and observation queries. These services are built around the same web standards for describing the sensors’ outputs, platforms, locations, and control parameters, which are used across applications. Standards comprise specifications for interfaces, protocols, and encodings that enable the use of sensor data and services. The SWE standards are motivated by the following use cases:

Among the most prominent SWE standards-based modelling language are:

SWE provides a very good basis for the implementation of interoperable applications based on open standards. It's also a very good basis for understanding several IoT concepts and common services, such as discovery, location-awareness, data acquisitions, subscriptions, sensor/IoT systems, as well as the merits of standards and interoperability when it comes to building non-trivial systems. At the same time, it provide fertile ground for understanding and implementing semantics towards the vision of semantic sensor web. The Semantic Sensor Web is based on the enhancement of existing Sensor Web models with semantic annotations towards producing sematic descriptions and enabling enhanced access to sensor data. The X-GSN project (part of Openiot.eu) provides a good platform for analyzing this process, since it enriches sensor descriptions (data/metadata) with semantic annotations. This is a very popular concept, which is increasingly become part of all non-trivial IoT systems (e.g., the emerging oneM2M standard is enhanced with support for semantic annotations, which has been demonstrated in the scope of the H2020 FIESTA project). Indeed, semantic annotation ensure model-references to ontology concepts, thus enabliing more expressive and interoperabilty descriptions of sensor concepts.

Bio: John Soldatos is an Internet of Things and Smart Cities expert, as well as an experienced ICT & business consultant. He is the author of the book Building Blocks for IoT Analytics.