The ways that AI can change your business

AI technology involves a change in the value chain and represents a major challenge and opportunity for businesses. Managers are directly involved in this challenge, by accompanying the teams through this transition: vanquish fears, embracing innovation, transforming businesses, training teams. 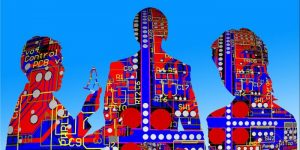 This new technology involves a necessary change in the value chain and, if it opens the way to new skills like cybersecurity, it also represents a major challenge and opportunity for these businesses. Managers and Top-Levels are directly involved in the facing of this challenge, by accompanying the teams through this mutation: vanquish fears, embracing innovation, transforming businesses, training teams.

An opportunity more than a threat Robots and artificial intelligence could boost productivity of 30% in companies. This is definitely a heavy argument for the implementation of these technologies, even if they represent a major disruption in the economy by requiring an adaptation of skills but also an evolution of the daily tasks. Taking this step necessitates a strong change management at the very heart of companies, to accompany the targeted employees and go through this change in a serene and constructive climate.

Indeed, machines allow men to take new responsibilities, for example by identifying the tasks that could easily be automated. Some time-consuming deadening tasks can already be eliminated, such as the most simple customer requests like copies of invoices. The machine identifies the answers and automatically answers, in real time. The company gains speed, the machine being way more reactive and efficient than humans, and customer satisfaction: the efficiency rate is improved, the customer relationship is enhanced.

As an example, operational Sidetrade teams as well as some customers contributes, along with the R&D teams, to the identification of repetitive tasks that can be taken over by AI. This co-working spirit is necessary to prepare the change (relevance, adoption, adaptation).

One stake: ease the transition Today, artificial intelligence is only at its first development stage: the “assisted” intelligence, which can automate repetitive tasks and learns via Machine Learning algorithms, even if it cannot yet revolutionize the very nature of these tasks. Tomorrow, the “augmented” intelligence will be able to drive the evolution of the daily tasks and to exchange directly with the machine to finally achieve an “autonomous” intelligence – meaning that machines will learn continuously to automate decision-making (such as, for example, autonomous cars or intelligent investments).

Employees, who are already working on a daily basis with the AI, have the opportunity to master this technology from the beginning and then follow its evolution stage by stage. This opportunity will soon become a true competitive advantage when companies will need AI specialists, capable of working hand-in-hand with these new robots workers. Companies have also a huge challenge to address: which tasks to delegate to employees, now that they are released from the most boring daily actions? What new added-value will they be able to uncover? How to rethink the customer relationship by reorganizing the automated exchanges and the remaining “human” part, which can now be dedicated to more complex stakes and accounts? How to evaluate performance in this new context? Many strategic issues will need an answer in the following years – or even months. The goal is to facilitate the transition, by augmenting the flexibility, training efforts, social care program…

“The final objective is to have more time to spend with our family, more interactions will people and more time to commit in social activities”, says Catherine Simon, chairman and founder of Innorobo, European summit dedicated to robotics technologies. Though, 65% of the population is worried by the increasing autonomy of machines according to the Ifop Institute, especially the impact on employment. A fear “coming back every time capitalism is in a crisis”, thinks François Jarrige, economic historian. Robotization is, at the end, only the next step in the mechanization and automation process started during the industrial revolution and that could end up by lowering the difficult or dangerous nature of work and preserve competitiveness.

According to a report by the Boston Consulting Group (BCG), the more robotized countries also have the lowest unemployment rates (Germany, North Korea, Brazil, USA) – for example, Germany managed to lower its rate by 4% between 2013 and 2014. Robots may not have the negative impact on employment that we expect, and could even relaunch some moribund sectors. For example, robotics investments in German and Japanese automotive industries supported their position in the market and, as a result, employment. 1 million industrial robots on the market would already be directly responsible for the creation of 3 million new jobs, according to a recent study by Metra Martech. In the next 5 years, robotics development would create 1 million qualified jobs in the world.

Bio: Valérie BUREL is VP Customer Performance at Sidetrade. She believes that artificial intelligence, predictive analytics and digitization, have and will continue to disrupt our way to manage and develop the business.