KDnuggets Home » News » 2021 » Apr » Tutorials, Overviews » Zero-Shot Learning: Can you classify an object without seeing it before?

Zero-Shot Learning: Can you classify an object without seeing it before?

Developing machine learning models that can perform predictive functions on data it has never seen before has become an important research area called zero-shot learning. We tend to be pretty great at recognizing things in the world we never saw before, and zero-shot learning offers a possible path toward mimicking this powerful human capability. 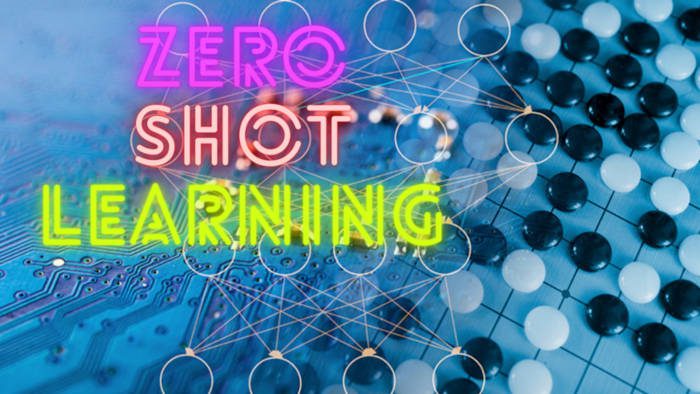 Over the last few decades, machines have become much more intelligent, but without a properly labeled training data set of seen classes, they cannot distinguish between two similar objects. On the other hand, humans are capable of identifying approximately 30,000 basic object categories. In machine learning, this is considered as the problem of Zero-shot learning (ZSL).

Let us consider an example of how a child would have no problem recognizing a zebra if it has seen a horse before and read somewhere that a zebra looks similar to a horse but has black-and-white stripes.

Can you classify an object without ever seeing it?

Yes, you can if you have adequate information about its appearance, properties, and functionality. Think back to how you came to understand the world as a kid. You could spot Mars in the night sky after reading about its color and where it would be that night, or identify the constellation Cassiopeia from only being told: “it’s basically a malformed ‘W’.”

What is Zero-Shot Learning?

ZSL is a problem setup in machine learning, where at testing, a learner observes samples from classes that were not observed while training the model and predicts the category they belong to. Zero-shot methods basically work by combining the observed/seen and non-observed/unseen categories through some types of auxiliary information, which encodes observable distinguishing properties of objects.

Without accessing any data of the unseen categories during training the models, yet it is able to build and train models with the help of transferring intelligence from previously seen categories and auxiliary information.

For example, given a set of images of animal classification use case, along with auxiliary textual descriptions about animals look like, an Artificial Intelligence (AI) model which has been trained to identify horses, but has never seen a zebra, can still identify a zebra if it also knows that zebras look like striped horses. The auxiliary information may include attributes, textual descriptions, or vectors of word category labels. This type of use case is majorly studied in computer vision (CV), natural language processing (NLP), and machine perception.

ZSL is done in two stages:

There are two common approaches used to solve the zero-shot recognition problems.

The main goal of this method is to map the image features and semantic attributes into a common embedding space using a projection function, which is learned using deep networks.

Let us look at an example of these methods to understand them in depth.

While in the testing phase, the non-observed category image feature data are put as input to the trained model, and we get the relative semantic embedding as a result. After which, to do classification, we try with nearest neighbor search in the semantic attribute space to find the best similar result to the output of the network. Finally, the category corresponding to the nearest semantic embedding is predicted as the final category of the input image feature.

The main drawback with embedding-based methods is that they suffer from the issue of bias and domain shift. This means that since the projection function is learned using only seen classes during training, it will be biased towards predicting seen category labels as a result. There is also no surety that the trained projection function will rightly map non-observed category image features to the corresponding semantic space correctly at the testing phase. This is due to the fact that the deep network has only learned to map seen category image features to semantic space during training and might not be able to do the same for the novel non-observed category at the testing phase correctly.

To be able to overcome this drawback, it is important that our zero-shot classification model is trained on both seen and non-observed category images at train time. This is where this type of models-based method is used.

We use the average per category Top-1 accuracy to evaluate zero-shot recognition results.

Mathematically, for a set of classes Y with N classes, the average per class top one accuracy is given by

In the zero-shot text classification method, the already trained model can classify any text information given without having any specific information about data.

We can install the available huggingface transformers with the following code:

We can then import and define the pipeline with zero-shot-classification,

There are different approaches to use the zero-shot classification:

How does text classification work?

Zero-shot learning is an important method. It is a comparatively new topic as still there are lots of research in many domain fields. Apart from standard machine learning, where classifiers are expected to correctly classify new samples to classes, they have already identified or labeled during the training of the classifier model, in zero-shot learning, no samples from the classes have been given during training the model.

One Response to “Zero-Shot Learning: Can you classify an object without seeing it before?”

KDnuggets Home » News » 2021 » Apr » Tutorials, Overviews » Zero-Shot Learning: Can you classify an object without seeing it before?