Top Programming Languages and Their Uses

The landscape of programming languages is rich and expanding, which can make it tricky to focus on just one or another for your career. We highlight some of the most popular languages that are modern, widely used, and come with loads of packages or libraries that will help you be more productive and efficient in your work.

By Claire D. Costa, Writer and Strategist at Digitalogy LLC on January 19, 2022 in Programming 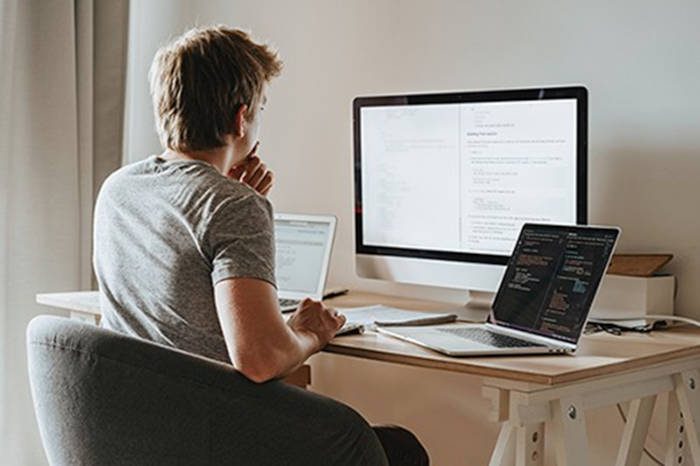 "The only way to learn a new programming language is by writing programs in it."

The world has been evolving at an astonishing rate, and a solid part of the credit for that advancement goes to the application developers. In case you haven’t noticed, application development has become all the rage in recent years.

Everyone is trying to get in on the application development scene as it offers some of the highest-payingṣ career paths, such as web development, data science, artificial intelligence, and more.

Don’t worry. We’ve compiled this list to make this choice as smooth as possible for you by going over some popular programming languages and their common uses.

If you’re planning to pick up a programming language in 2021, we’d suggest picking up something that is more modern, widely used, and has loads of packages or libraries.

In this section, we’ll go over some of the widely used programming languages that tick all the boxes that we mentioned above and share their uses as well. 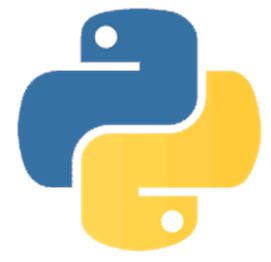 Developed by Guido van Rossum in the 1990s, the multi-purpose high-level Python has grown extremely fast over the years to become one of the most popular programming languages today.

And the number one reason for Python’s popularity is its beginner-friendliness, which allows anyone, even individuals with no programming background, to pick up Python and start creating simple programs.

But that’s not all. It also offers an exceptionally vast collection of packages and libraries that can play a key role in reducing the ETA for your projects, along with a strong community of like-minded developers that is eager to help.

Although Python can be used to build pretty much anything, it really shines when it comes to working on technologies like Artificial Intelligence, Machine Learning, Data Analytics. Python also proves to be useful for web development, creating enterprise applications, and GUIs for applications.

Python is used in many application domains. Here’s a sampling — 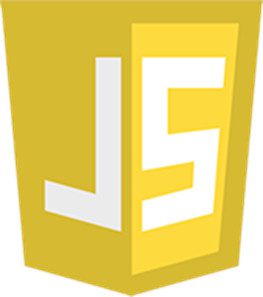 JavaScript was one of the key programming languages alongside HTML and CSS that helped build the internet. JavaScript was created in 1995 by Netscape, the company that released the famous Netscape Navigator browser, to eliminate the crudeness of static web pages and add a pinch of dynamic behavior to them.

JavaScript is the perfect option if you want your app to run across a range of devices, such as smartphones, cloud, containers, micro-controllers, and on hundreds of browsers. For the server-side workloads, there’s Node.js, a proven JavaScript runtime that is being used by thousands of companies today. 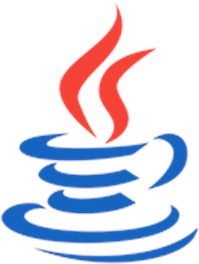 Java has remained the de-facto programming language for building enterprise-grade applications for more than 20 years now.

Created by Sun Microsystems’ James Gosling in 1995, the object-oriented programming language Java has been serving as a secure, reliable, and scalable tool for developers ever since.

Some of the features offered by Java that make it more preferable than several other programming languages are its garbage collection capabilities, backward compatibility, platform independence via JVM, portability, and high performance.

Java’s popularity can be seen clearly among the Fortune 500 members as 90% of them use Java to manage their business efficiently.

Apart from being used to develop robust business applications, Java has also been used extensively in Android, making it a prerequisite for Android developers. Java also allows developers to create apps for a range of industries, such as banking, electronic trading, e-commerce, as well as apps for distributed computing. 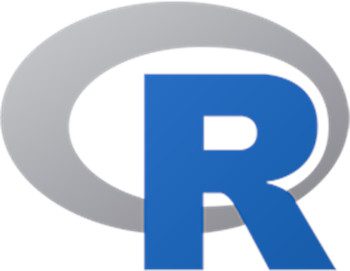 If you do any sort of data analysis or work on Machine Learning projects, the chances are that you may have heard about R. The R programming language was first released to the public in 1993 by its creators Ross Ihaka and Robert Gentleman as an implementation of the S programming language with a special focus on statistical computing and graphical modeling.

R also provides great extensibility via its functions and extensions that offer a ton of specialized techniques and capabilities to developers. The language also works remarkably well with code from other programming languages, such as C, C++, Python, Java, and .NET.

Apart from some of the uses mentioned above, R can be used for behavior analysis, data science, and machine learning projects that involve classification, clustering, and more.

Believe it or not, the programming languages C/C++ were all the rage in the very late 20th century. Why?

It’s because C and C++ are both very low-level programming languages, offering blazing fast performance, which is why they were and are still being used to develop operating systems, file systems, and other system-level applications.

While C was released in the 70s by Dennis Ritchie, C++, an extension to C with classes and many other additions, such as object-oriented features, was released later by Bjarne Stroustrup in the mid-80s.

Even after close to 50 years, both the programming languages are still being used to create rock-steady and some of the fastest applications of all times.

As C & C++ both offer full access to the underlying hardware, they have been used to create a wide variety of applications and platforms, such as system applications, real-time systems, IoT, embedded systems, games, cloud, containers, and more. 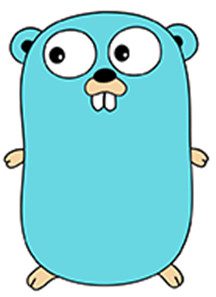 Go, or Golang, is a compiled programming language developed by the search giant Google. Created in 2009, Golang is an effort by the designers at Google to eliminate all the faults in the languages used throughout the organization and by keeping all the best features intact.

Golang is fast and has a simple syntax, allowing anyone to pick up the programming language. It also comes with cross-platform support, making it easy and efficient to use. 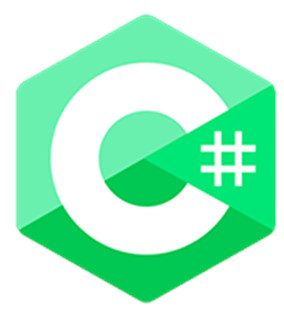 This was a huge plus point for developers who were familiar with either of these languages. It also offered relatively faster compilation and execution along with seamless scalability.

C# was designed keeping in mind the .NET ecosystem, which allows developers to access a range of libraries and frameworks offered by Microsoft. And with the integration with Windows, C# becomes extremely easy to use, even perfect for developing Windows-based apps.

Developers can use C# for a range of projects, including game development, server-side programming, web development, creating web forms, mobile applications, and more. C# has also been used to develop apps for the Windows platform, specifically Windows 8 and 10. 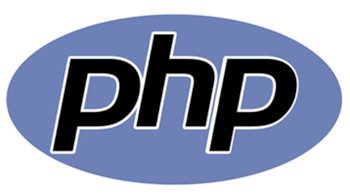 Just like Guido van Rossum’s Python, PHP also came to fruition as a side project by Rasmus Lerdorf, with the initial development dating back to the year 1994.

Rasmus’s version of PHP was originally intended to help him maintain his personal homepage, but over the years, the project evolved to support web forms and databases.

Today, PHP has become a general-purpose scripting language that’s being used around the globe, primarily for server-side web development. It is fast, simple, and is platform-independent, along with a large open-source software community.

SQL, short for Structured Query Language, is probably one of the most crucial programming languages on this list.

Designed by Donald D. Chamberlin and Raymond F. Boyce in 1974, the special-purpose programming language has played a key role in enabling developers to create and manage tables and databases for storing relational data over hundreds of thousands of data fields.

Without SQL, organizations would have to rely on older and possibly slower methods of storing and accessing vast amounts of data. With SQL, much of these tasks can be done within seconds.

Over the years, SQL has helped spawn a large number of RDBMS (Relational Database Management Systems) that offer much more than just the creation of tables and databases.

Pretty much every other project or industry that needs to deal with large amounts of data stored in tables or databases uses SQL through an RDBMS. 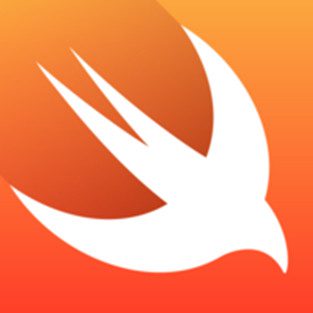 Apple’s full control over its hardware and software has allowed it to deliver smooth and consistent experiences across its range of devices. And that’s where Swift comes in.

Swift is a modern programming language (newest on this list), fast, powerful, and offers full interoperability with Objective-C. Over the years, Swift received numerous updates that helped it gain significant popularity among Apple’s iOS, macOS, watchOS, and tvOS platforms.

Paired with Apple’s Cocoa and Cocoa Touch framework, Swift can be used to create apps for virtually every Apple device, such as iPhones, iPads, Mac, Watch, and other devices.

Now let’s quickly conclude this article by giving you an insight into the importance and career growth opportunities associated with these programming languages. Every programming language has its own set of benefits, and out of all the entries, you can enter the field of your choice.

Mastering Python can help you land one of the top 3 highest paying job roles in the industry. With Python, you can apply for Software Engineer, DevOps Engineer, Data Scientist, and can even secure job positions in the most reputed companies with a handsome package.

Regarding JavaScript, there is a high demand for Javascript developers offering a modest salary.

But there’s no beating the efficiency of C/C++ when it comes to building system tools and operating systems as it continues to enjoy the number one spot on TIOBE’s software quality index. SQL remains one of the best programming languages to tinker around vast databases, while C# proves perfect for Windows. Swift has also been seeing a rise in popularity among developers looking to build for Apple’s hardware. As for PHP and Go, they continue to maintain a respectable position in the industry.

So, out of the 10 programming languages, it’s totally up to you which one is your go-to choice and makes your career in. So choose wisely!

Claire D. Costa is a Content Crafter and Strategist at Digitalogy who can transform your content ideas into clear, compelling, concise writing that forges powerful connections with readers.