This post is an overview and discussion of Microsoft's increasing investment in, and approach to, artificial intelligence, and how their philosophy differs from their competitors.

Tech giants are active players at the cognitive technologies scene. Alphabet and Facebook proved themselves active acquirers and investors in cognitive tech. Supercomputers, robots and drones are among themes approached by Internet giants.

Microsoft, however, seems to be following a differed path: it integrates cognitive technologies into traditional products and makes them smarter.

Bill Gates coined the concept of ‘digital nervous system (DNS)... that ... [provides] a well-integrated flow of information to the right part of the organization at the right time’. This intellectual system inherits some important features of its biological prototype, for instance, it ‘...blocks out the information that isn’t important ...’ [1] The system acts as an agent, anticipating user’s intentions and making some decisions by its own. 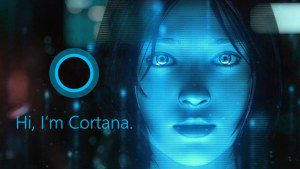 Cortana, a digital assistant, became more integrated into firm’s traditional products and got more freedom to act independently from a user. The assistant, for example, may find and send a document, as well as book a hotel on behalf of a user[3]. Bill Gates, retired from the Chairman role, pays attention to ‘Personal Agent’ project, indicating the importance of the DNS approach to the company’s future[4].

Through the internal research and development as well as acquisitions and investments, Microsoft makes its software smarter. At least five cognitive technologies were explored and integrated into Microsoft’s products, namely:

Microsoft’s broad interests in cognitive technologies are reflected in its investments and acquisitions. Pitchbook’s database allows identifying at least seventeen transactions by Microsoft, related to purchasing or investing in the cognitive tech assets (See Table 1).

Perhaps, the first acquisition aiming to add an AI component into the firm’s software was made in 1993, when Knowledge Industries was purchased. Its CEO Eric Horvitz, spearheaded Adaptive Systems and Interactions (ASI) group at Microsoft Research. Acquired technologies were adopted, among other things in ‘Clippy’, an office assistant, prototypes of Notification Platform[6] and adaptive interface of MS Office[7].

Microsoft improved its positions in speech recognition, natural language processing and knowledge graphs via acquisitions of Tellme Networks and Powerset for €591M and €63M respectively. Tellme’s products among other things allowed voice search quires[8], while Powerset brought the additional natural language search capabilities on the table and helped to improve Bing[9].

Later, the company acquired Equivio, that allows users ‘…to explore large, unstructured sets of data and quickly find what is relevant’[10]. Recently, Swiftkey, a predictive keyboard software, was acquired for €225M.

Computer vision has been an important field for Microsoft as well. Four transactions took place in a computer vision, including a notable acquisition of VideoSurf with its video search capabilities.

Probably, in order to improve the ecosystem around the digital agent, the company committed ~€380M to purchasing productivity solutions like Acompli (Outlook) or Wunderkinder, the maker of Wunderlist (See Table 2).

On top of developing cognitive technologies assets, Microsoft made a push into the infrastructure required to deal with its critical element — data. The company amassed assets that allow collecting data from diverse types of sources and storage (See Table 3).

For example, €761M acquisition of Fast Search & Transfer delivered to Microsoft a ‘…flexible and scalable integrated technology platform and personalized portal [that] connects users, regardless of medium, to the relevant information they need[11].

In addition to developing the infrastructure, Microsoft has allowed developers to benefit from it. The company has opened access to 22 API’s via Cortana Intelligence Suit[12] and presented Power BI Embedded, a tool for in-app data visualization[13].

Reflecting on Microsoft’s endeavors, one may make several takeaways.

Peter Zhegin is an Associate at Flint Capital, an international venture capital fund investing across US, Israel and Europe. Peter is executing investments in B2B software and fintech. Prior to joining the fund, Peter worked at the headquarters of Ozon.ru, one of the leading internet retailers in the CIS.

Daniel Kornev is CEO at Zet Universe, Inc., a Cognitive Platform for Enterprises. He previously worked at Microsoft, Google, and Microsoft Research.