Here is a collection of introductory predictive analytics terms and concepts, presented for the newcomer in a straight-forward, no frills definition style.

This article compiles the key definitions included throughout PAW Founder Eric Siegel’s popular, award-winning book, Predictive Analytics: The Power to Predict Who Will Click, Buy, Lie, or Die (Revised and Updated, 2016), which has been adopted as a textbook at over 35 universities—but reads like pop science, dubbed “The Freakonomics of big data.”

Technology that learns from experience (data) to predict the future behavior of individuals in order to drive better decisions.

A mechanism that predicts a behavior of an individual, such as click, buy, lie, or die. It takes characteristics (variables) of the individual as input and provides a predictive score as output. The higher the score, the more likely it is that the individual will exhibit the predicted behavior.

Advanced machine capabilities that are by definition impossible to achieve since, once achieved, they have necessarily been trivialized (by way of being mechanized) and are therefore not impressive in the subjective sense of "intelligence," so they no longer qualify. To put it another way, the word “intelligence” has no formal definition, so why use it in an engineering context? However... I still feel like IBM's Watson seems truly intelligent when watching it play the TV quiz show Jeopardy!. I'm like, "Wow!" This definition is not an excerpt from the book Predictive Analytics, but it does summarize one of my conclusions in the book's chapter on Watson.

The uplift score output by and uplift model answers the question, “How much more likely is this treatment to generate the desired outcome than the alternative treatment?” For more information, see the article Personalization Is Back: How to Drive Influence by Crunching Numbers (which includes links for further reading at the end), Chapter 7 of Predictive Analytics, and, for more technical citations, the Notes corresponding to that chapter, which may be downloaded as a PDF at www.PredictiveNotes.com.

The term that industry leader (and Chapter 1’s predictive investor) John Elder coined for predictive modeling's intrinsic automation of testing many predictor variables and the associated peril of stumbling across a correlation with the target variable that may be perceived as significant—if considered in isolation without considering the search that was employed to unearth it—but that in fact was only due to random perturbations. Synonyms include: multiple comparisons trap, multiple hypothesis testing, researcher degrees of freedom, over-search (akin to overfit), look-elsewhere effect, the garden of forking paths, fishing expedition, cherry-picking findings, data dredging, significance chasing, and p-hacking.

For more information, see my article “HBO Teaches You How to Avoid Bad Science,” Chapter 3 of the 2016 updated edition of my book, Predictive Analytics, and, for more technical citations, the Notes corresponding to that chapter, which may be downloaded as a PDF at www.PredictiveNotes.com.

In law enforcement, the identification of previously unknown potential suspects by applying predictive analytics to flag and rank individuals according to their likelihood to be worthy of investigation, either because of their direct involvement in, or relationship to, criminal activities.

This topic is explored in a special sidebar on the NSA’s use of predictive analytics within the ethics and privacy-focused chapter of Predictive Analytics (Chapter 2). Also see my Newsweek op-ed on this topic.

A note on automation: ASD flags new persons of interest who may then be elevated to suspect by an ensuing investigation. By the formal law enforcement definition of the word, an individual would not be classified as a suspect by a computer, only by a law enforcement officer.

The Five Effects of Prediction:

1. The Prediction Effect: A little prediction goes a long way.

4. The Ensemble Effect: When joined in an ensemble, predictive models compensate for one another’s limitations so the ensemble as a whole is more likely to predict correctly than its component models are.

5. The Persuasion Effect: Although imperceptible, the persuasion of an individual can be predicted by uplift modeling, predictive modeling across two distinct training data sets that record, respectively, the outcomes of two competing treatments. 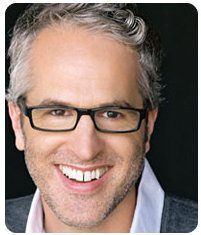