We examine the main reasons for failure in Big Data, Data Science, and Analytics projects which include lack of clear mandate, resistance to change, and not asking the right questions, and what can be done to address these problems.

I have been working as a Data Science Professional for last 11 years and had the chance to engage with a number of employers, clients for their data science needs both as an employee and entrepreneur across multiple domains starting with Financial Services, Retail/FMCG/CPG, Telecom, Media and Entertainment, Digital Media, Education and Technology etc. During the last 11 years, I had the chance to observe and participate in the management practices and enterprise strategy with regards to data science and have closely observed the success and failures of those initiatives. I look back and reflect on the top 5 reasons that in my view inhibit the growth of Data Science Strategy.

Lack of clear Mandate for Data Science from the top leadership

Some companies joined the bandwagon of data science because they wanted to be part of hype rather than be part of real value creation. These superficial goals often reflect that the top leadership is either not fully convinced about the effectiveness of data based strategy or was undertaking it due to one person’s fancy love (not the real knowledge) for the word “big data”. In the absence of clear mandate for data science as an input for business strategy, the organizational goals never got synced with the data science road-map and that led to unrealistic targets thereby resulting in abysmal failure.

The first and foremost thing to implement an effective enterprise strategy with regards to Data Science (irrespective whether your business model is B2B or B2C) is to embrace change. Often the rigid hierarchies, departmental silos, complex political organizational dynamics become a barrier in implementing a central data strategy that does not foster real innovation. Everyone wants to stake a claim of the portion of the pie or the complete pie itself without knowing whether they are the right person in the first place to stake that claim or without understanding the changes it would involve in the ecosystem in ownership of a portion of that pie. 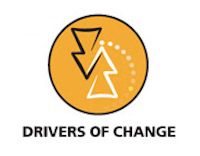 A clear example: to implement nearly real time campaign response/next best offer model that is deployed in production, one might require synergy between different departments like Marketing, Sales, IT, Finance but that sometimes fails due to power play of different stakeholders and lack of willingness to embrace change which calls for harmonizing and unifying data and inputs from different sources and a closer synergy between different key stakeholders of those departments (who traditionally until that point were acting in silos for whatever political reasons).

Data Science could add more value to an organization if those hidden walls or barriers between groups are demolished and the data is unified. Politics often becomes a barrier. Or even if it is not possible to have a central data science structure, then a loosely held data science center of competence or excellence (resulting from a close partnership between 2 teams-For example IT and Marketing (or any other business function relevant to the data strategy) can be created that effectively engages to build a robust use case to solve a problem that becomes an example for other departments to follow the lead. If organisational dynamics do not allow even that, an Experimental Data Science Labs could be created which does not fall within the borders of specific Department/Team (but still has free access to the data source systems for experimentation, a parallel unit/team to existing technology units/teams) and is free from the politically motivated agendas and is headed by an able, objective leader (more on that in the next point-the 'go to' person).

Not asking the right questions or loosely defined Questions

Everyone has a question, but whether it results in a useful business metric that can have a direct bearing on the business is often ignored.

Some initiatives are only undertaken to showcase involvement with data rather than the actual need. Flawed Hypothesis are built, leading to numerous hidden assumptions that result in crap business use cases. Effective Data Science is a healthy combination of Domain, Data, Mathematics and Statistics, Algorithms, Programming, Research/Experimentation and Art or simply science and art. We can automate science, but it is difficult to automate art or quantify what is abstract. Modeling rare events is so tricky and the best example of that is the recent US election where trump defeated all the opinion polls, predictions and all the experts fell flat on their face.

There is a constant battle within the organizations between different stakeholders for political reasons wherein each stakeholder either wants to protect his territory or expand his existing territory. A ‘domain/business expert’ would try to emphasize the domain or the art to showcase his importance and stamp his authority in the area of communication and business strategy and would often come up with fancy questions without even knowing if there is supporting data for the same or whether it results in a useful metric or not, the Data Scientist would try to over-emphasize the mathematical part to showcase why every problem needs to be solved using mathematics and how PCA could solve a supply chain optimization problem even when there might be no need for it, and the data engineer would try to emphasize the technology (data warehousing) or implementation part to showcase why his role is no less than that of an Astronaut, which is such a prejudiced debate that the right question is often lost in the background. Each of them is important but they need to operate in tandem.

Why and which model needs to be deployed in production goes back to initial hypothesis/business question under consideration. And that business question has to be tied back to specific goal or a metric and lot of times that is an empty field and an empty field for metric does not qualify for deployment. Even a periodicity of 12 model runs per year or even greater does not qualify for deployment unless you are producing a business metric that strongly ties back to the initial hypothesis and adds incremental value to the business.

In the absence of the right question, what would technology or implementation guy do? Implement a flawed hypothesis-does it make sense? And if we reverse the equation-in the presence of the right question but a wrong technical implementation/adoption of algorithm/model/sample (that fails miserably on out of time samples)-does that help either, which again takes me back to the point 2 above-lack of synergy between different stakeholders. An objective leader who has a right combination of strong Business/domain context (big picture) with equally strong Data Science context (core technical aspects in terms of core Data Science/Analytics topics) and is also open to embrace change could be your ‘go to’ man, but these people come at a premium and even if you find these people you need to allow them to function with freedom and authority to set up that ecosystem but that freedom and flexibility is often missing. Frustrated with the system, they often leave (for lack of acknowledgement for their passion and commitment to the cause by the management)

Lack of Prioritization of Data

Every organization has numerous data sources and hence several hypothesis around the same that need to be prioritized in the order of incremental business value we can extract out of them and also according to the quality of data available. In the absence of that-we often waste time and resource on low value business questions that would not have generated much incremental value in terms of business outcome. To ensure that, we need to streamline activities around data sourcing and storage across all business functions to improve the quality of available data for analysis and then prioritize it according to the business value. Every Model is as good as its data and that needs to be always remembered.

Treating Data Science projects with a Defined Beginning and Outcome could be a blunder as before an Organization reaches stability in its Analytics and Data Science paradigm, it will go through an extensive period (couple of years at-least or even more) of trial and error phase of what works and what does not, what data is relevant, what model performs and what model needs to be deployed eventually that produces a useful business metric that generates an incremental impact. The flexibility and agility to learn quickly from mistakes has to be part of DNA of the system but typically lot of people believe that Analytics/Data Science is a magic wand, and a button click of the algorithm will radically change the business outcomes for good-nothing could be more stupid than this. That is a sad reality.

Of course there are additional reasons centering on skills, IT, choice of tools or databases, storage solutions, competency and resources but these are issues that take on precedence only once the people, ecosystem and cultural challenges have been addressed. Those additional issues fall under the realm of OPERATIONAL & TECHNICAL aspects that qualify for a separate article.

Bio: Ankit Mahajan, CEO and Chief Editor RetailMarketingTechnology.com, Based in Austria and India