The famed founder and former CEO of Apple, Steve Jobs, was known for having strong feelings about the programming language, Java. According to him, within the programming realm, it was a dead language. Naturally, he worked to distance his tech products from Java. Interestingly, programmers have just found a renewed appreciation for the language formerly pronounced dead, just as the Internet of Things has begun to make waves in everyday life. In fact, a recent survey among IoT programmers indicated that Java was their programming language of choice, above C, Python and C++. 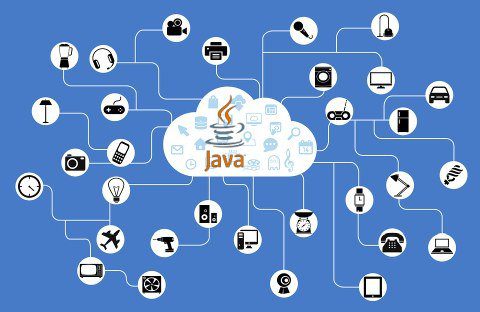 The Internet of Things is the idea of having a host of everyday devices computerized and connected to the internet in some way. These devices are used to collect and analyze data from countless touchpoints. The IoT is increasingly becoming a reality as technologies such as home automation, video analytics and even artificial intelligence have begun to gain traction. Even in the medical field, the Internet of Things has begun changing the game by introducing technologies that can track the condition of patients from remote locations. This is a big step up from just using the internet to schedule an appointment or do ACLS or PALS recertification.

The thing about the Internet of Things is that each device/data collection touchpoint must be equipped with an embedded application in order to contribute to the idea of greater connectivity implied in the concept of the IoT. The following are a few reasons why programmers may be favoring Java in their creation of embedded IoT apps.

According to an article published by Oracle, one of the primary reasons IoT programmers gravitate toward Java is as this: Java is flexible and virtually universal. Because of this, it can pretty much do it all. The fact that Java offers the advantage of an extensive library of APIs that can be easily applied (rather than rewritten) in creating embedded applications makes Java a homerun for IoT programmers right off the bat. Additionally, the adaptability of Java is such that if an application is developed using Java, when an update requires that the application run on a new platform, the transition will be smoother and less prone to error. Unlike C or other languages, Java has always been “write once, run everywhere,” according to Oracle.

Another advantage to using Java is the fact that it has been around basically from the beginning. Java first appeared in the early 90’s as a way of writing applications for PDA, an embedded device, and developed further throughout the decade into more of an all-purpose platform. The significance of this goes beyond the fact that Java was birthed in embedded app development. In the 90’s and early 2000’s, RAM and processing power were limited. We’re talking a fraction of a fraction of what we see today. Java embraced and developed in this resource-tight environment, requiring minimal computing power to function. This trait has remained with Java, making it so Java-based embedded applications, such as IoT applications, require little in terms of processing and RAM.

For some, it might be easy to dismiss Java as an archaic language that sputtered after it’s heyday in the 90’s or early 2000’s. This point of view fails to see what our friends at Oracle astutely pointed out: there is no need to reinvent the wheel. Java offers impeccable versatility, universality and reliability. It has evolved with surrounding technology, allowing the language to adapt to tech application needs as they have developed.

KDnuggets Home » News » 2017 » May » Opinions, Interviews » Why Java is the Language of Choice for the Internet of Things (IoT)