Python’s syntax is very clean and short in length. Python is open-source and a portable language which supports a large standard library. Buy why Python for data science? Read on to find out more.

Python is a popular high-level object-oriented programming language which is used widely by a huge number of software developers. Guido van Rossum designed this in 1991, and Python software foundation has further developed it. But the question is, with dozens of programming languages based on OOP concepts already available, why this new one? So, the main purpose to develop this language is to emphasize code readability and scientific and mathematical computing (e.g. NumPy, SymPy, Orange).

Python’s syntax is very clean and short in length. Python is an open-source and portable language which supports a large standard library.

Start with a Python Example

What is Data Science? 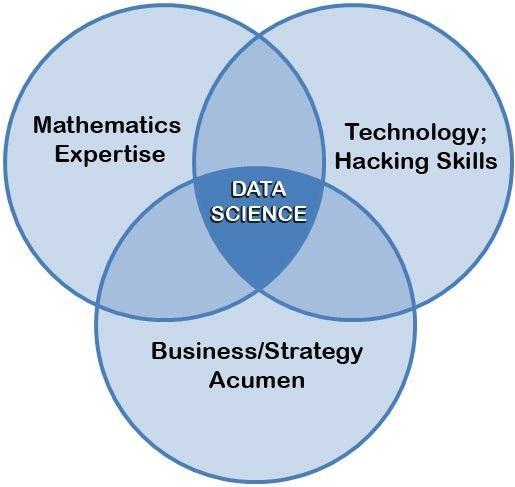 You must have heard of data science, but what do you understand by this term? Who can be a data scientist?

Data science is a collection of various tools, data interfaces and algorithms with machine learning principles to discover hidden patterns from raw data. The raw data is stored in enterprise data warehouses and used in creative ways to generate business value from it.

The use of data science can be understand by this infographic. 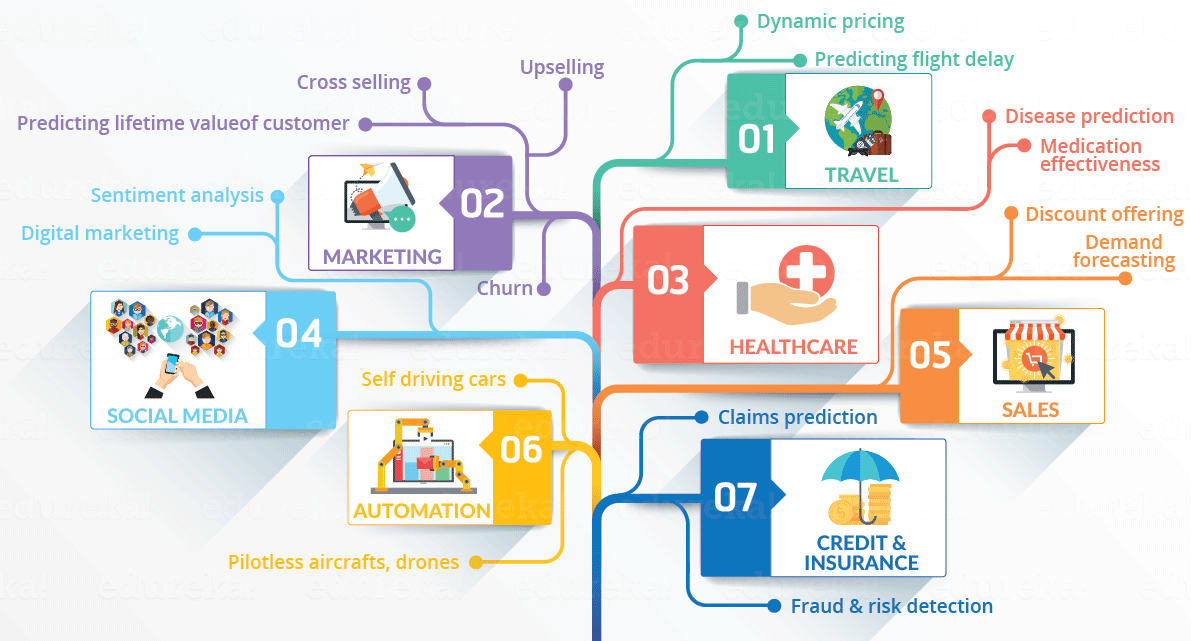 A data analyst and a data scientist are different; a data analyst works to process the data history and explain what is going on, whereas a data scientist needs various advanced algorithms of machine learning to identify the occurrence of a particular event by using the concept of analysis for discovery.

Python has some extraordinary preferable features, including:

These are several reasons why developers prefer Python over the other programming languages. There are a few terms which we need to define in order to explain, starting with data manipulation.

Data manipulation is used to extract, filter and transform data quick and easily with an efficient result. There are two important libraries that are used to perform these tasks: NumPy and Pandas.

NumPy is an open source library available in Python for free, which stands for Numerical Python. It is a popular Python library which is useful in scientific calculations which provide array objects, as well as tools to integrate C and C++. NumPy provides a powerful N dimensional array which is in the form of rows and columns. These can be initialized from a Python list. To use this, first you just need to install the library using the command prompt by typing: conda install numpy. After that you can go to your IDE and type import numpy to use it.

First you need to import NumPy library. For that write:

Similarly, Pandas is powerful library which is known for its ability to create data frames in Python, and can be used for data manipulation and data analysis. Pandas is suitable for various data such as matrices, statistical, observational etc. To install Pandas you have to follow the same steps as NumPy, from the command prompt by typing: conda install pandas. After that you can go to your IDE and type import pandas to use it.

First you need to import Pandas library. For that, write:

Here in the output, 0, 1, 2 is the index. If you want to show the index value according to your reference, you can do the following:

Python has many frameworks for data analysis, data manipulation, and data visualization. Python programming is an ideal choice for data science, for evaluating large datasets, visualizing the datasets, etc.

Data analysis and Python programming are complementary to each other. Python is an incredible language for data science and those who want to start in the field of data science. It supports a huge number of array libraries and frameworks to give a choice for working with data science in a clean and efficient way. The various frameworks and libraries come with a specific purpose for use, and must be chosen according to your requirement. Here we have listed some of the best Python frameworks used for data science. 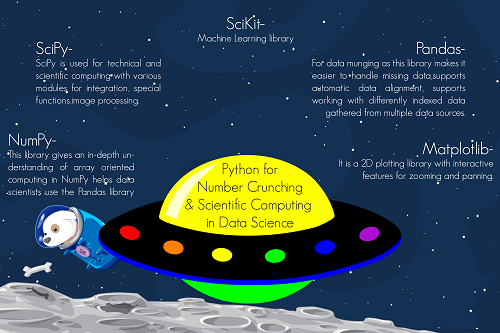 NumPy: As we have summarized before, NumPy is short for Numerical Python. It is the most popular library and base for higher level tools in Python programming for data science. An in-depth understanding of NumPy arrays helps in using Pandas effectively for data scientists. NumPy is versatile in that you can work with multi-dimensional arrays and matrices. NumPy has many built-in functions related to statistical, numerical computation, linear algebra, Fourier transform, etc. NumPy is the standard library for scientific computing with powerful tools to integrate with C and C++. If you want to master data science then NumPy is the must learn library.

SciPy: It is an open source library used for computing various modules such as image processing, integration, interpolation, special functions, optimizations, linear algebra, Fourier Transform, clustering, and many other tasks. This library is used with NumPy to perform efficient numerical computation.

SciKit: This popular library is used for machine learning in data science with various classification, regression and clustering algorithms, which provides support vector machines, naïve Bayes, gradient boosting, and logical regression. SciKit is designed to interoperate with SciPy and NumPy.

Pandas: Pandas is popularly known for providing data frames in Python. This is a powerful library for data analysis, compared to other domain-specific languages like R. By using Pandas it’s easier to handle missing data, supports working with differently indexed data gathered from multiple different resources, and supports automatic data alignment. It also provides tools for data analysis and data structures like merging, shaping, or slicing datasets, and it is also very effective in working with data related to time series by providing robust tools for loading data from Excel, flat files, databases and fast HDF5 format.

Matplotlib: Matplotlib stands for Mathematical Plotting Library in Python. This is a library which is mostly used for data visualization, including 3D plots, histograms, image plots, scatterplots, bar charts, and power spectra with interactive features for zooming and panning for publication in different hard copy formats. It supports almost all platforms such as Windows, Mac, and Linux. This library also serves as an extension for the NumPy library. Matplotlib has a module pyplot which is used in visualizations, which is often compared to MATLAB.

These libraries are the best for beginners to start data science using the Python programming language. There are many other Python libraries available such as NLTK for natural language processing, Pattern for web mining, Theano for deep learning, IPython, Scrapy for web scraping, Mlpy, Statsmodels, and more. But for beginners starting with data science in Python, it is a must to be well-versed with the top libraries listed above.

We hope this article helps you choose the best data science framework or library. If you still have any query or need any guidance or support you can contact us.

Bio: Saurabh Hooda has worked globally for telecom and finance giants in various capacities. After working for a decade in Infosys and Sapient, he started his first startup, Leno, to solve a hyperlocal book-sharing problem. He is interested in product marketing, and analytics. His latest venture Hackr.io recommends the best Data Science tutorial and online programming courses for every programming language. All the tutorials are submitted and voted by the programming community.