This is a crash course on how to bridge the gap between data science and software engineering. 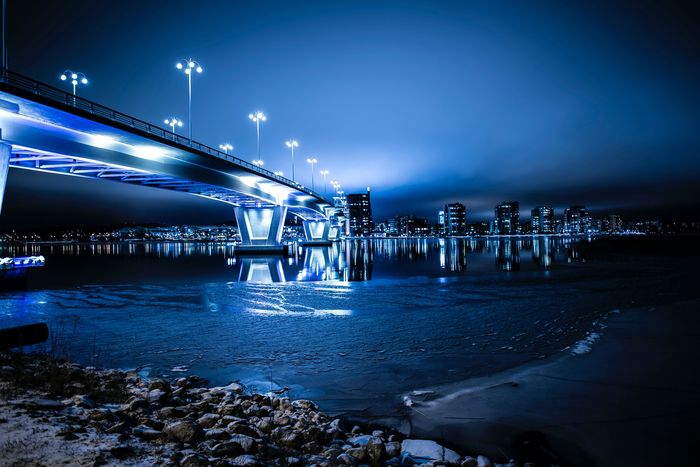 Photo by Joonas kääriäinen from Pexels

I didn't really understand why people would complain about the code that data scientists produce until I began writing data analysis code myself.

Coming from an education in software development, I felt that I had a good grasp of coding best practices and I was confident in my ability to write clean code. Then it came time for me to write my first data analysis.

An absence of functions, unclear variable names, spaghetti code, not a single hint of a unit test, and a severe lack of style ensued, leaving me with the equivalent of a dog’s breakfast to try to reason out after I had gotten my code to work.

At last, I finally understood what all of those engineers were complaining about.

Therefore, it’s no wonder that data scientists aren’t known for always having the cleanest code.

I’m not saying that data scientists need to be able to write entire complex libraries. Instead, data scientists should be able to produce clean code that can be updated, debugged, and moved into a production environment with few swear words coming from the engineering department.

The importance of writing clean code isn’t just for the sake of others either. In many companies, the budget isn’t big enough to hire data scientists and software engineers, which means that data scientists are often responsible for creating production-ready code. Therefore, one's own sanity should count as a factor for maintaining and developing clean, easy-to-use, and reusable code.

Many will argue that good code is subjective. However, there are generally four standards that everyone can agree on that define code written using best practices:

Check out these best practices that you can implement to attain the above four standards.

I’ve often seen data analysis code written using variable names such as x, or y, or the English wording for any number of mathematical variables.

While this works when writing out mathematical formulas, it doesn’t come across as clearly when you’re reading it in someone’s code.

When it comes to data science, I like to say exactly what my variables are. For example:

Anyone who has taken a course in statistics will be able to understand what my variables are, and what they are doing in my equations. These basic variables can then be made more descriptive when it comes to specific calculations or uses.

The trick is to try to be as descriptive as the situation allows. Of course, there will be instances when the computations are so complex that it wouldn’t make sense to write such descriptive variables. However, until that time comes, try to be descriptive.

Functions, regardless of your programming methodology (object-oriented, functional, etc.), are vital to keeping your code clean, concise, readable, and DRY (which I’ll talk about later on).

Functions aren’t always intuitive for non-computer-science-graduate-data-scientists because code will run correctly without them.

However, the best programmers are said to be the laziest programmers. Why? Because they write the least amount of code and often write the cleanest code to produce a solution. They work as little as possible to get their code to work and they often produce the most concise solutions. This involves using functions.

Here are some tips on how to write great functions that keep your code clean:

It can be easy to overlook this step when you’re in the middle of building life-altering models, but the fact remains that if no one else can use them, then how life-altering are they really?

My personal rule of thumb for comments:

When it comes to writing proper supporting documentation, your documentation doesn’t have to be any more elaborate than a READme file. At its most basic, good documentation should include:

Use a consistent coding style and become familiar with the syntax conventions for the languages you use.

I’m guilty of not always following the proper conventions for a given language.

After primarily learning to code in C# when I was in university, I became familiar and comfortable with its conventions and I then went on to very lazily apply those same conventions to every other language I came across.

Don’t be like me. Instead, take the time to learn the syntax conventions of each new language, and force yourself to use those conventions properly. This will not only help you immerse yourself in the language, but it will also help you write cleaner code, and will help you communicate with other developers using the same language.

Here’s an example of code that completes the same function, written using two different languages and the appropriate conventions for each (keep in mind that there is a lack of indentation caused by this formatting):

This silly code doesn’t really do much of anything, but it kind of gives you an idea about how different the conventions are for each language.

Using pre-existing libraries is a huge time saver, especially when it comes to coding data analyses. Python is chock full of libraries that can handle every request a data scientist could throw at it. Not only are these libraries already coded for you, but they’ve already been debugged and are production-ready.

Check out this article that outlines the top data science libraries and their abilities. I’ve summarized it here, focusing on the seven libraries I’ve found most useful:

Use a good IDE.

Jupyter is not meant to write production-ready code.

While there are ways to wrangle Jupyter Notebooks into creating production-ready code, I find that it’s just easier to use it for the early stages of data exploration and analysis, and then developing the production-level code in a proper IDE.

IDEs come with simple tools that help keep your code clean, such as code linting, auto-formatting, syntax highlighting, lookup functionality, and error catching. Furthermore, there are tons of extensions for IDEs that can help save you time while writing code.

Some IDEs you can check out include:

DRY (Don’t Repeat Yourself) is a software engineering best practice that aims to keep your code clean, concise, and to the point.

The goal is to not repeat any code. What this means, is that if you’re noticing that you’re writing the same lines of code over and over, you need to turn that code into a function that you only write once. This function can then be called multiple times.

If you’re having trouble keeping your code DRY, just use my favorite rule:

Unit testing is a type of software testing that involves testing individual components in the code. Unit tests are written to ensure that each piece of code performs as expected. The tests are written so that a small section of code executing a particular functionality is tested to ensure that it is completing its job accurately. The “units” that are tested could be individual functions, procedures, or entire objects.

A great example of unit testing would be to test how a function responds upon receiving different argument types. The results of this test would ensure that you’ve planned for every eventuality and that the function won’t throw any un-explained errors later on.

Check out this article by Microsoft on how to write unit tests:

While this article only describes how to write unit tests in C#, the lessons and examples apply to any language.

One-liner solutions are great if you want to impress your friends or if you want to write a viral article on Medium. Who doesn’t want to trade stocks using one line of code?

While it’s impressive to create a solution using one line of code, you’re also opening yourself up to a world of hurt when it comes to debugging and refactoring your code.

Instead, try to keep it to one or two function calls per line, and make sure your logic is easily understandable to anyone reading your code. If you can’t explain what a line of code is doing in simple terms, you’ve probably made that one line too complicated.

It must be said that the number of lines of code that a developer writes is not a good indication of their ability or prowess — don’t listen to anyone who tells you otherwise.

This article highlights the most important best practices that data scientists can implement to make their code production-ready.

Your code is your responsibility, so it makes sense to take some time to ensure that you’re writing code that is efficient, simple, and easily understandable. While there are tons of other tips and tricks for writing clean code, the ones listed above are the most simple ones that you can apply starting today.