Who wants to do boring stuff? Learn to automate the mundane with Python thanks to this free course. Set it and forget it! 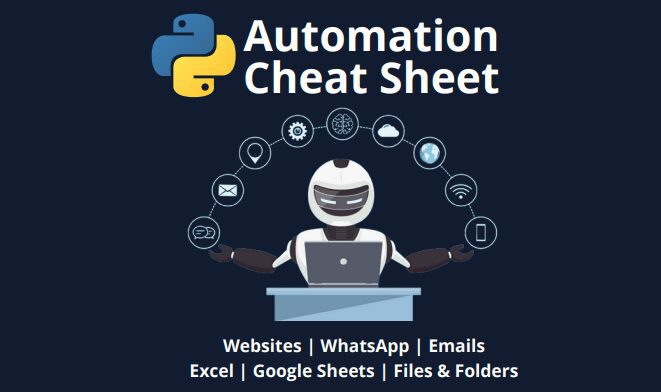 Put bluntly, computer programming is all about automation. If you didn't need to automated something, you wouldn't be writing code. That script you wrote to process CSV files? Automation. That program you wrote to parse text input? Automation.

Programming is all about automation, and the more you can automate, the easier you can make your life as a programmer (and the more value you can subsequently provide to those with whom you collaborate).

Nobody likes rote repetition (OK, maybe somebody does). The balance of doing something manually X times versus taking the time to automate it is a bit of an art form, but generally-speaking if you are going to do the same thing on your computer over and over, you may as well automate it. And what better choice than to automate with Python, one of the most popular, well-supported, and easy to use programming languages we have at our disposable today.

freeCodeCamp has recently launched a free course on automating with Python, conveniently titled Automate with Python. Taught by Frank Andrade, the course has a unique approach to teaching Python and its usefulness in taking the mundane out of repetitive tasks. The course is project-based, in that it sets out 4 major projects and each section builds upon the Python skills needed to be able to complete said project. There are no one-off lines of code here; everything fits together, progresses nicely, and makes sense.

Specifically, the four projects covered in the course are:

Along with learning how to specifically automated these project tasks in the course, you should also gain an understanding of how to think in terms of automation, honing your skills and changing your perspective to be on the lookout for opportunities to do the same in future situations. You will also learn the usage of some automation-friendly Python libraries such as Path, Selenium, and XPath. You'll also pickup some other valuable skills along the way such as some basic HTML, converting Python files to EXEs, scheduling scripts, writing Excel formulas with Python, and more.

The course comes with code, data, and a (separately-available) handy multi-page automation cheat sheet created by course author Frank Andrade for his lengthier but very much related Automate Your Life With Python course on Udemy.

The freeCodeCamp version of the course clocks in at just under 3 hours, and you can find it on YouTube as well as embedded below.

If you're still manually performing the boring tasks regularly, or writing ad hoc code to take care of these chores often, join the cool kids and spend the time learning how to properly automate with Python. You're future self will thank you.