Can ChatGPT provide answers to data science questions to the same standard of humans? Check out this attempt to do so, and compare the answers to those from experts.

By Matthew Mayo, KDnuggets on January 18, 2023 in Data Science 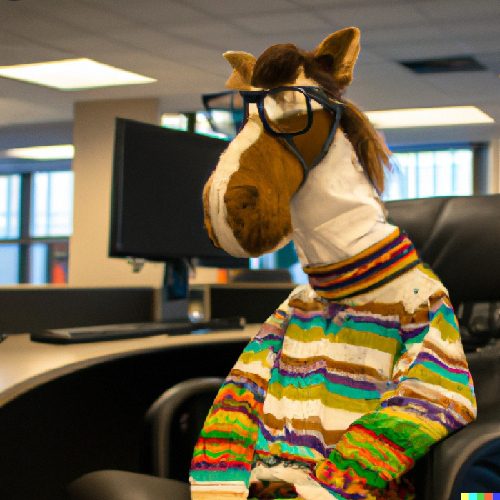 Looking to utilize ChatGPT in new and exciting ways — to both learn more about ChatGPT itself, and learn about data science interview question topics — we decided to resurrect those same questions on the septennial anniversary of the original, and pose them to ChatGPT.

I will preface this article with the clear statement that all of the answers to the questions in this article have been provided by ChatGPT. Do with that information what you will.

I would encourage readers to compare these answers with those provided by the KDnuggets editors in 2016, in order to see which answers are more thorough, which are more accurate, and which just read better. Feel free to criticize particular answers or the entire project in the comments below.

Now let's have a look to see how well ChatGPT does at answering the following 10 questions that we still agree would be great candidates for detecting fake data scientists applying for a job in your organization.

1. Explain what regularization is and why it is useful.

2. Which data scientists do you admire most? which startups?

As a language model, I do not have personal preferences or admiration. However, I can tell you some names of data scientists and startups that are well-known and respected in the field.

In terms of data scientists, some notable figures include:

3. How would you validate a model you created to generate a predictive model of a quantitative outcome variable using multiple regression.

There are several ways to validate a model created using multiple regression for predicting a quantitative outcome variable. Some common methods include:

It is important to use multiple methods to validate a model, as each method can reveal different types of errors or issues with the model.

4. Explain what precision and recall are. How do they relate to the ROC curve?

Precision and recall are two important measures of a binary classifier's performance.

5. How can you prove that one improvement you've brought to an algorithm is really an improvement over not doing anything?

To prove that an improvement to an algorithm is real and not just due to chance, you can use statistical hypothesis testing. This involves formulating a null hypothesis and an alternative hypothesis, and then using a test statistic and a significance level to decide whether to reject or fail to reject the null hypothesis.

A common way to perform the hypothesis test is by using a two-tailed t-test. This compares the means of the performance metrics of the new and old algorithms and tests whether they are significantly different. Another way is to use a paired sample test, where the same dataset is used for both the new and old algorithm, and the results are compared.

Additionally, to ensure that the improvement is not just due to chance, you can use techniques such as cross-validation, bootstrapping and repeat the test multiple times with different random subsets of the data to increase the robustness of the results.

It's also important to compare the performance of the new algorithm to the state-of-the-art algorithms in the same field, if possible, to give a better perspective on the improvement.

6. What is root cause analysis?

Root cause analysis (RCA) is a method used to identify the underlying cause(s) of a problem or incident. It is a systematic process that involves identifying, analyzing, and resolving the problem at its source, rather than just treating the symptoms. The goal of RCA is to prevent similar problems from occurring in the future by identifying and addressing the root causes of the problem.

It's important to note that RCA should be performed by a skilled and experienced team, and that it should be conducted in an objective and impartial manner, avoiding any blame or finger-pointing.

Pricing optimization is the process of determining the optimal price for a product or service to maximize revenue or profit.

Price elasticity is a measure of how the demand for a product or service changes as its price changes.

Inventory management is the process of managing the inventory of a business, including the control and movement of stock and the forecasting of future demand.

Competitive intelligence is the process of gathering, analyzing, and interpreting information about competitors, competitors' products, and the competitive environment to gain a competitive advantage.

8. What is statistical power?

9. Explain what resampling methods are and why they are useful. Also explain their limitations.

Resampling methods are statistical techniques that involve repeatedly drawing samples from a dataset and using those samples to make inferences about the population from which the dataset was drawn. There are several types of resampling methods, including:

Resampling methods are useful because they do not rely on assumptions about the underlying distribution of the population, they are more robust than traditional parametric methods. They allow researchers to make inferences about a population using only the information that is available in the sample, which is particularly useful when the population is difficult or expensive to measure.

Whether it is better to have too many false positives or too many false negatives depends on the specific context and the desired outcome of the analysis.

False positives, also known as type I errors, occur when a test or analysis incorrectly suggests that an effect or difference is present when it is actually not. In general, false positives are considered less desirable in situations where a negative outcome (e.g. a patient does not have a disease) has more severe consequences than a positive outcome (e.g. a patient has a disease but is not treated).

False negatives, also known as type II errors, occur when a test or analysis incorrectly suggests that an effect or difference is not present when it is actually present. In general, false negatives are considered less desirable in situations where a positive outcome (e.g. a patient has a disease and is treated) has more severe consequences than a negative outcome (e.g. a patient does not have a disease but is not treated).

It is important to set the threshold that balance these trade-offs, and this is where the concepts of sensitivity and specificity come in. Sensitivity is the proportion of true positives (correctly identified cases) among all the actual positive cases, while specificity is the proportion of true negatives (correctly identified non-cases) among all the actual negative cases.

In summary, the choice between too many false positives or too many false negatives depends on the specific context, and the desired outcome, and it's important to consider both the costs and benefits of each type of error in order to make an informed decision.

That's the first half of the 20 questions from the original publication. We will bring you the second half in the coming weeks, so keep your eyes open.