Hiring Data Scientists is no easy job, particularly when there are plenty of fake posers. Here is a handy list of questions to help separate the wheat from the chaff.

Check the answers from KDnuggets Editors to these questions (and one more):

Now that the Data Scientist is officially the sexiest job of the 21st century, everyone wants a piece of the pie.

That means there are a few data posers out there. People who call themselves Data Scientists, but who don't actually have the right skill set.

This isn't always done out of a desire to deceive. The newness of data science and lack of a widely understood job description means that many people may think they are data scientists purely because they deal with data. 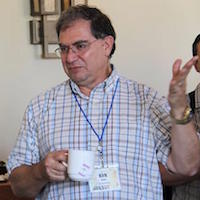 “Fake data scientists are often experts in one particular discipline and insist that their discipline is the one and only true data science. That belief misses the point that data science refers to the application of the full arsenal of scientific tools and techniques (mathematical, computational, visual, analytic, statistical, experimental, problem definition, model-building and validation, etc.) to derive discoveries, insights, and value from data collections.”
- Kirk Borne, Principal Data Scientist at Booz Allen Hamilton and founder of RocketDataScience.org


The first way to detect fake Data Scientists is to understand the skill set you should be looking for. Knowing the difference between what makes a Data Scientists vs a Data Analyst vs a Data Engineer is important, especially if you're planning on hiring one of these rare specimens.

To help you sort the true data scientist from the fake (or misguided) one, we've complied a list of 20 interview questions you can ask when interviewing data scientists. 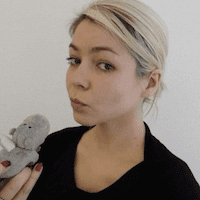 
How do you quantify a real data scientist?

Andrew Fogg is Founder & CDO at import.io. He brings to import.io his passion for and belief in the future of the structured web. He believes strongly in helping data users and data providers transact more efficiently. An expert on data and the Structured Web.Prior to co-founding import.io, Andrew worked with data for Microsoft Research, Barclays Capital, Cambridge University and the Wellcome Trust before joining RBS as part of the Technology Innovation group. He recently sold his first startup, Kusiri, to PwC.