What are the differences between these two popular tech roles? 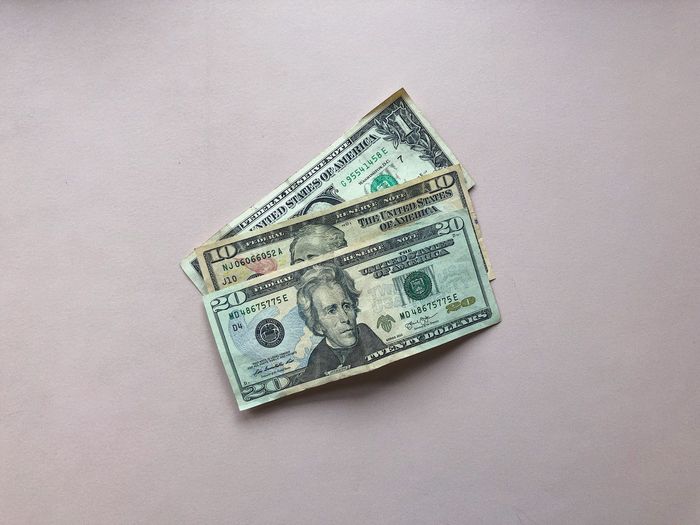 Photo by Ryan Quintal on Unsplash [1].

Note: This article is the third, a part of a continuing series on reported salaries between popular data/tech roles. I will link the other two at the end of this article.

This article aims not to compare roles as if one deserves more money or not, but is instead a guide allowing professionals in these two fields to assess against their current salary. However cliche, it is still important to remember these two things when asking for a higher salary: it does not hurt to ask, and sometimes, you will not get what you do not ask for. Please keep in mind that these are more general statistics, as you could be specific as you want to be to see what your salary should be. Instead, these values are instead a directional guide for you to use.

Data scientists and data engineers share certain skills and experiences with one another, however, there are some key differences, and those can lead to different salaries. With that being said, let’s jump right into some salary examples for both of these roles below from real data.

Photo by Copernico on Unsplash [2].

Since I have already written a few articles on data science salaries, I will include the most important information here, along with a few different examples.

Here are some of the expected titles you can see as a data scientist that might have a significant change in salary as well:

In addition to these titles, there are also some seniority levels like I, II, and III.

Below, I will show the range of salaries by title with their respective years required or expected.

Keep in mind that these roles are based on a US average (based on PayScale [3]):

Do I agree with these numbers?

If you have read previous articles, below, is where I will include reported salaries around different cities, along with different skillsets as well.

Here are specific cities and skills:

The average city salaries themselves seem more aligned with reality, whereas the specific skills associated with cities seem too low. I believe the reason that is, is because when you filter by specific skill, you are stripping away all the other skills. So, a workaround might be to find the average salary of the city and then compare the difference between the above skills to get a more realistic salary estimate.

I do think it is interesting that the NLP skill is less lucrative than Tableau, however, I think NLP is perhaps too specific and maybe less misunderstood, whereas Tableau is widely understood, and most data scientists do not think to add that to their resume since it is more data analyst oriented— this note might be something to keep in mind as you realize your salary or edit your resume — the long story short, do not make assumptions, and look to be unique with your skillset.

I do not know many data scientists who use Java, but I did think it was interesting that the data included in these reports had that skill as an option, so maybe there is a market out there for Java for a reason I am not sure of (perhaps, it is software engineers transitioning to data scientists).

Photo by Fotis Fotopoulos on Unsplash [4].

Now that we have a good sense of data science salaries including different factors like location and skills, let’s dive deeper into what a more specific data engineer salary looks like.

Out of all of these salary comparisons, data engineers and data scientists seem to have a more similar range, as we will see below.

Here are some of the expected titles you can see as a data engineer that might have a significant change in salary as well:

In addition to these titles, there are also some seniority levels like I, II, and III.

Below, I will show the range of salaries by title with their respective years required or expected.

Keep in mind that these roles are based on a US average (based on PayScale [5]):

Do I agree with these numbers?

I think each title should be shifted at least once, as in early-career salary should be that of a mid-career or experienced data engineer, depending on where you live, as well — so let’s dive deeper into specific location averages.

These city averages make more sense than the overall averages. The most interesting is the difference of San Francisco, however, still expected, as the cost of living there is incredibly high.

Now, let’s look into specific skills for these cities:

Out of all of these salaries, the city of San Francisco saw a decrease in salary when adding a skill — this statement reiterates that you might want to add all of your skills and not just one, when looking into your personalized report. New York saw the biggest jump with Scala, which personally, I agree with, as it is a great skill and quite difficult to master.

Salary has several characteristics that can either allow it to increase or decrease. We just talked about two factors, years of experience, location (city) and skills. There are other factors to consider as well, including, but not limited to: the interview itself, resume itself, negotiation skills, bonuses, shares, education, and certifications.

To summarize, here are some key takeaways of data scientist versus data engineer salaries:

* These two roles share perhaps the most similar salary ranges

* Several factors contribute to salary, the most important most likely being seniority, city, and skills

I hope you found my article both interesting and useful. Please feel free to comment down below if you agree or disagree with these salary comparisons. Why or why not? What other factors do you think are important to point out in regards to salary? These can certainly be clarified even further, but I hope I was able to shed some light on the differences between data scientist and data engineer salaries.

Lastly, I can ask the same question again, how do you see salaries being impacted by remote positions, especially when the city is such a big factor in determining salary?

Thank you for reading!

I am not affiliated with any of these companies.

Please feel free to check out my profile,

Matt Przybyla, and other articles, as well as subscribe to receive email notifications for my blogs by following the link below, or by clicking on the subscribe icon on the top of the screen by the follow icon, and reach out to me on LinkedIn if you have any questions or comments.

I have also written a similar article discussing machine learning engineer salaries versus data scientist salaries here [6], as well as the differences between data scientists and data analyst salaries here [7]. This article outlines and highlights similar characteristics of each, respective salary. Keep in mind that for both of these articles, these are not my salaries, and are reported by PayScale, and other actual data scientists, data engineers, data analysts, and machine learning engineers. So, these articles are in turn discussions around real data and are intended for you to better gain an understanding of what makes a role (in general), increase or decrease in salary amount based on certain factors.

Once again, this salary data is gathered from PayScale, and if you would like a more specific estimate, then you can use the salary survey [8].