Google researchers warn of the massive ongoing costs for maintaining machine learning systems. We examine how to minimize the technical debt.

Last December, a group of Google researchers led by D. Sculley presented a position paper at NIPS describing the cost of maintaining software that relies on machine learning. Using the idea of technical debt, the authors suggest that while machine learning offers a path to quickly engineering complex systems, the convenience comes with tremendous downstream costs.

Technical debt is a metaphor relating the consequences of poor software design to servicing a financial debt. As a loan must eventually be paid off, with compounding interest, so too hasty design decisions must be paid for with refactoring, debugging, and complicated testing. The notion of compounding interest, of course, is applied more poetically than precisely to software development headaches. in software development, the metaphor of technical debt is typically invoked with respect to the trade-offs between shipping code quickly and engineering high quality sustainable solutions. One must decide how to weigh speed now against development costs, in the future. 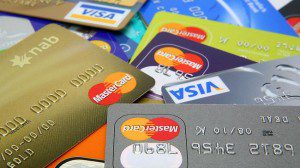 While an extension of this idea to machine learning systems is interesting, it is important to note a fundamental difference between technical debt as traditionally discussed and as applied to machine learning. Unlike most conventional software design decisions, the decision to apply machine learning is usually not clearly expressed as a trade-off. The problems that can be solved with machine learning are often not solvable by other methods. On the other hand, as the authors explain, given many different algorithms (even subtly different), there may be trade-offs between algorithm performance and the technical debt incurred. Still, the most frightening costs appear to be universal across all machine algorithms.

One sense in which all machine learning algorithms incur a technical debt is through the erosion of boundaries. The authors note that good software design practice is typically modular. Modules isolate regions of related code whose which perform a well defined task, separating them from the other modules with which they interact. This disentangling of the code base makes it possible to rigorously test code, and also makes it possible for different parts of the code base to be maintained by different people. The performance of machine learning algorithms, however, depends upon both the input taking from external data sources and the performance can only be assessed with respect to external data sources. This tight coupling of algorithm and data means that a change in the external data typically would change the way that we would like the algorithm to behave. In the real world, data acquisition, preprocessing, and model tuning are likely to be managed by different people. This presents an uncomfortably tight coupling that can be difficult to maintain, especially in the face of changes to the underlying data source.

As noted before, this problem may be intrinsic to machine learning, and it may be that the only choices are to accept this debt or abandon the task entirely. In contrast, a problem that may actually be addressable through design decisions is what the authors call entanglement. This refers to a model's dependence on all of its features. A sudden loss of one feature, introduction of a new feature, or perturbation of the values of a feature may render an entire model useless. D. Sculley et. al. give this phenomenon the appellation Changing Anything Changes Everything. They reference several other papers offering strategies to reduce entanglement, including a method using ensemble learning.

Several other strategies are not discussed but seem appropriate. The problem of missing data is handled gracefully by Bayesian networks. Denoising autoencoders and other dimensionality reduction / matrix factorization techniques also offer strategies to dealing with missing data. Regarding the continual and gradual growth of the feature space, John Langford's work on hashing methods as implemented in Vowpal Rabbit seem suited to mitigating this problem.

One of the most interesting ideas addressed in the paper is that feedback loops that form between algorithms and the external world. Search engines that adapt based on click-data which itself depends on the links shown represent a clear example. It seems user data taken from any machine learning-based recommendation system may be subject to similar dynamics. Pandora, for example may set out to determine what users prefer, but the feedback acquired is highly dependent on the songs recommended.

Abstractly, these feedback loops might be analogous to filter bubbles in social networks and web search. Filter bubble describes the phenomenon in which people, shown only views and posts that they are predicted to agree with, rarely experience dissent and thus are trapped in ideological bubbles unable to interact with contrasting viewpoints. 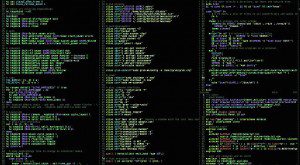 Finally, the authors concentrate on the problems that arise from the code typically generated by data scientists. Unlike the previous examples, these cases truly fit the conventional notion of technical debt. One problem, dead experimental codepaths, describes code which is designed for experimentation but shipped into production. Such code typically implements many different experiments, variants gated by conditional statements. Any subtle change or accident that results in a different branch of the experiment being selected could have disastrous consequences while not presenting any easily detectable software bugs (compile-time or run-time errors). The authors mention that such a bug was responsible for the runaway trading algorithms at Knight Capital.

A final software trade-off described by Sculley et. al. that occurs when shipping machine learning code is the matter of glue code. Advanced machine learning algorithms are often implemented in packages that provide general solutions. As a result, engineers often write software that consists of glue code built on top of these packages. The glue code may process the data, set the values of hyper-parameters, select the appropriate algorithm, report the results, etc. As with all reliance on external libraries, this presents the problem of ongoing vulnerability to any change in the underlying library. The authors suggest that engineers building live systems should seriously consider reimplementing machine learning algorithms within the broader system architecture.

This paper has the tone of a good provocative operating systems paper. The writers are forthcoming with opinions, and the reader gets the sense that the authors themselves have experienced many hours of frustration on account of these problems. Generally, the systems implementation of machine learning methodology and ongoing software maintenance challenges are an understudied area that will continue to grow in importance as machine learning systems become more commonplace in commercial and open source software. This draft describes high level categories of problems, similar to how Butler Lampson's attempts a unifying language for talking about security in his Protection paper. It would be nice in the future to see more papers describing the specific software engineering and ongoing maintenance challenges encountered by large organizations deploying major machine learning systems.