As demand for the hottest job is getting hotter in new year, the skill set required for them is getting larger. Here, we are discussing the skills which will be in high demand for data scientist which include data visualization, Apache Spark, R, python and many more.

A Data Scientist is high in demand for 2016. Now that “data scientist” has been named this year’s hottest job, have you got the needed skills to have what it takes? Securing a data scientist job isn’t easy, especially at the big organisations as there may be a number of similar candidates going for the same job. Nonetheless, there are certain skills that employers look for, that could put you ahead of the pecking order.

Here are, in  my opinion, top Data Science Skills needed in 2016:

SQL is still one of the most important tools required, to be a successful data scientist,as the majority of data stored by businesses is in these databases.

CrowdFlower recently did an analysis of the 3,490 postings for data science jobs on LinkedIn and SQL is a skill that was specifically named on more than half of the listings, that they analysed, meaning SQL was the most commonly cited skill. 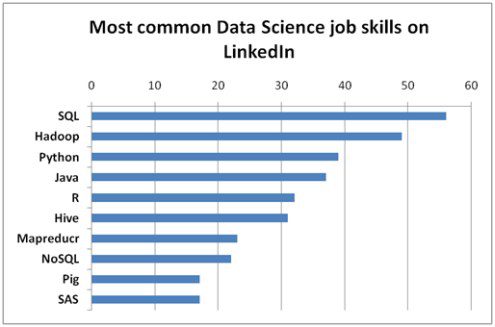 Fig 1.  Most Common Data Science Job skills, according to Crowdflower

Companies that make data-driven decisions depend immenselyon a data scientist’s ability to visualize and convey a story by analyzing data, since the Data Scientist needs to communicate data-driven insights to both, technical and non-technical people in the company.

Communication is still as important as ever and another skill that is needed for a Data Science professional. For instance, communication is vital for when sharing results via presentations or publishing results. They should be able to engage with senior management, so that they can talk their language and translate the data into decisions and actions.

Learning Hadoop coupled with Big Data Analytics will make you stand out from the crowd.One of the most pressing barriers of adoption for Big Data in the enterprise is the lack of skills around Hadoop.

Spark is at the forefront of technologies that have evolved to meet the ever growing need to model and analyze large quantities of data.

Spark is a skill that gets more and more attentionin the big data space, because of its speed and its ease of use.

Python is another sector seeing a rise in demand. This programming language helps engineers create concepts with less amounts of code than Java or C++, so it is seen as more efficient, less bug prone and with potential to create clearer programs.

Not convinced on Python yet? Not only is Python easy to learn, it also has a large active community that’s still growing. If you get stuck with some coding problems, there is a wide range of experts to help you in the community. According to a study, Python remains the No. 1 tool for data science.

This is the core of what you can offer as a data scientist. Statistics will always be an essential component of a Data Scientist, so it’s very important that they can decide the most fitting statistical techniques for tackling different classes of problems and applying the relevant techniques.

R is an essential tool for Finance and analytics-driven companies such as Google, Facebook, and LinkedIn, so it’s worthwhile you look into R more closely if you have not done so yet.

Anyone can be formulaic. Businesses in 2016 want innovation that will set them apart from their competitors, in terms of sales and the image they present to their consumers.

Creativity is the ability to apply the technical skillsets mentioned above, and use it to produce something of worth, in a way other than following a pre-concluded formula.

Bio: Seamus Breslin  is  the Founder and Managing Director of Solas Consulting, and  has over 11 years experience in the IT  sector. Solas specialises in placing Data, BI , SQL , Oracle , Java and .Net professionals.