There is growing support for revenue per employee as one of the most underrated metrics available for assessing business performance in a crowded marketplace.

It’s as straightforward a calculation as you could hope for: net revenue for a given period, divided by average number of full-time employees for that period, equals revenue per employee. And yet, despite its stark simplicity, there’s been a real groundswell of support in recent years for the argument that revenue per employee (RPE) is one of the most underrated metrics available for assessing business performance in a crowded marketplace.

This is, admittedly, based largely on anecdotal evidence and personal experience, although a few well-aimed search engine queries certainly appear to back it up. While the primary concern of most directors and CEOs will always be that all-important bottom line, RPE does appear to be an increasingly popular tool for helping HR leaders to gain a more holistic view of overall operational health. 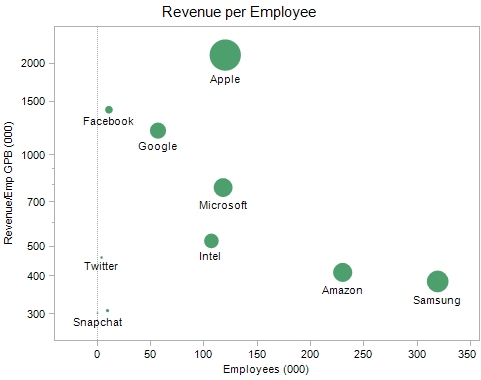 But is RPE really the revolutionary diagnostic skeleton key it’s sometimes made out to be, or just a trendy buzz phrase tossed around by bijou social media startups with low overheads and a few quick sales under their belts?

The truth, of course, probably lies somewhere in between. RPE metrics most definitely have their uses, and perhaps their key strength is that they say far more about efficiency than gross sales alone ever can. In a fast-moving market where new businesses and products seem to spring up almost daily, bottom line income figures often provide little insight into relative productivity or projected growth rates.

Moreover, gross income as a standalone number doesn’t really provide much directly actionable information in and of itself; RPE, as many HR leaders would have it, most definitely does. Regardless of overall market share, if a direct competitor is achieving far higher RPE numbers than you, then you’ve got a pretty clear signpost towards areas for improvement ... right?

Well, yes – but definitely a qualified yes. Firstly, the very fact that this is highly actionable information means that, by definition, it’s fairly easy to manipulate. Trimming staff numbers and increasing existing workloads has been proven to negatively impact productivity in the long term, but over a shorter window it’s clear to see how it might send RPE ratios through the roof.

Secondly, RPE metrics are of limited use when trying to compare across dissimilar industries or business types: they quickly become unhelpful when typical salaries begin to diverge, for instance, or where different customer service models place increased staffing demands on one industry versus another. (The latter is often cited as a key factor in understanding why RPE figures for the tech industry are often so impressive at first glance.) Equally, industries where lower basic wages mask a high bonus culture, where stock options form a core part of employee benefit packages, or where spectacular individual/one-off successes can distort the overall picture should proceed with caution: these types of variables must be factored into the equation in order for the outcome to remain especially meaningful.

Company history is another major caveat; newer businesses will experience particularly wild RPE fluctuations as they work through the various proactive and reactive stages of staffing up, reaching initial targets, and then subsequently seeking to expand or consolidate. In these cases, useful modifications to the basic RPE equation formula might include switching focus to, say, revenue per dollar of payroll expenditure, or gross RPE rather than net.

Some would argue, of course, that profit per employee is what really matters. While this makes sense on a basic level, a common counter-argument says that RPE already gives you this data – you just need to factor in an awareness that sustainable expansion means that income needs to climb at roughly the same rate as staffing levels. Given that RPE is basically a function of fractions, the outcome is only affected if you raise one side of the equation without proportionally raising the other.

On the whole, it seems fair to say that dividing a business unit’s income by what is, in most cases, one of its key outgoings – the employee base – can offer some very useful insights into its day-to-day operational health. By assessing how close a company is to achieving maximum productivity for any given window, regardless of its overall market heft, RPE metrics can provide HR leaders with a powerful and dextrous tool for making all manner of diagnoses, projections and proposals.

There are, however, strong arguments for suggesting that slightly tweaked formulae can be more appropriate in certain scenarios; deciding which one works best for you will depend on the specifics of your company history, staffing costs and operating model. Ultimately, in wider data science terms, the figures you arrive at are only as useful as you make them – it’s how you feed that data through into influencing both current pipeline and future HR plans that makes or breaks the base value of metrics like RPE. 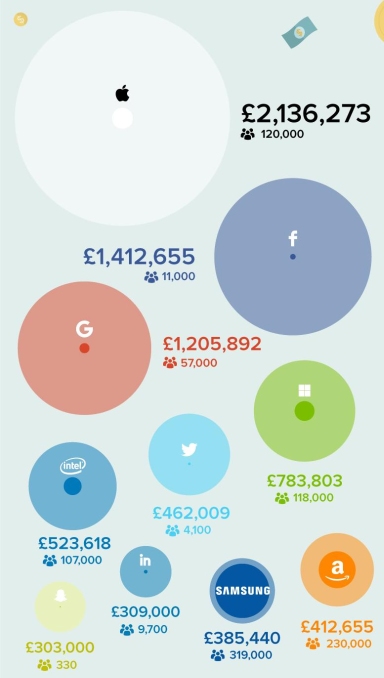 Bio: Ashley Fleming is a writer and content creator for the Ecardshack blog, where he explores business ethics and management. He contributes to numerous online publications and also covers environmental and green living topics.