Lately, I have been thinking of ways of applying machine learning to a security project that I can do and share with all of you. A few days ago, I happened to come across a website called ZENEDGE which is offering AI driven web application firewall. I liked the concept and thought of making something similar and sharing it with the community. So, lets make one.

The first thing to do was to find labelled data but the data I could find was quite old (2010). There is a website called SecRepo that has a lot of security related datasets. One of them was of http logs containing millions of queries. That was the dataset I wanted but it was not labelled. I used some heuristics and my previous knowledge of security to label the data set by writing a few scripts.

For training, I used logistic regression since it is fast and I wanted something fast. We can use SVM or Neural networks but they take a little more time than logistic regression. Our problem is a binary classification problem since we have to predict whether a query is malicious or not. We’ll  be using ngrams as our tokens. I read some research papers and using ngrams was a good idea for this sort of project. For this project, I used n=3.

Lets dive right into the code.

Lets define our tokenizer function which will give 3 grams. 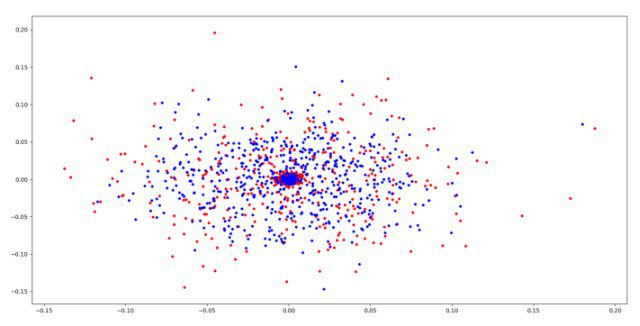 We can see that bad points and good points are indeed on coming out on different positions. Lets proceed further.

Lets now use Tfidvectorizer to convert the data into tfidf values and then use our classifier. We are using tfidf values since we want to assign weights to our ngrams e.g the ngram ‘<img’ should have large weight since a query containing this ngram is most likely to be malicious. You can read more about tfidf in this link.

Now that we have everything set up, lets apply logistic regression.

Here’s the part everyone waits for, you must be wanting to see the accuracy, right? The accuracy comes out to be 99%. That’s pretty amazing right? But you won’t believe it until you see some proof. So, lets check some queries and see if the model detects them as malicious or not. Here are the results.

Looks good, doesn’t it? It can detect the malicious queries very well.

What next? This is a weekend project and there is a lot that can be done or added in it. We can do multi class classification to detect whether a malicious query is SQL Injection or Cross site scripting or any other injection. We can have a larger dataset with all types of malicious queries and train the model on it thus expanding the type of malicious queries it can detect. One can also save this model and use it with a web server. Let me know if you do any of the above.

I hope you liked the post. We believe in providing security resources for free to the community. Let me know about your comments and critique.