Today, the machine learning algorithms are extensively used to find the solutions to various challenges arising in manufacturing self-driving cars. With the incorporation of sensor data processing in an ECU (Electronic Control Unit) in a car, it is essential to enhance the utilization of machine learning to accomplish new tasks. The potential applications include evaluation of driver condition or driving scenario classification through data fusion from different external and internal sensors – like lidar, radars, cameras or the IoT (Internet of Things).

The applications that run the infotainment system of a car can receive the information from sensor data fusion systems and for example, have the capability to direct the car to a hospital if it notices that something is not right with the driver. This application based on machine learning also includes the driver’s speech and gesture recognition and language translation. The algorithms are classified as an unsupervised and supervised algorithms. The difference between both of them is how they learn.

The Supervised algorithms make use of a training dataset to learn and they continue to learn till they get to the level of confidence they aspire for (the minimization of the probability of error). The supervised algorithms can be sub-categorized into regression, classification and anomaly detection or dimension reduction.

The agent learns to behave in environment depending on these rewards. To understand the limitations and merits of an algorithm and to develop efficient learning algorithms is the goal in reinforcement learning. The reinforcement learning potentially addresses a huge number of practical applications that range from problems in AI to the control engineering or operations research – all that are relevant for the development of a self-driving car. This can be categorized as indirect learning and direct learning.

In the autonomous car, one of the major tasks of a machine learning algorithm is continuous rendering of surrounding environment and forecasting the changes that are possible to these surroundings. These tasks are classified into 4 sub-tasks:

The decision matrix algorithm systematically analyzes, identifies and rates the performance of relationships between the sets of information and values. These algorithms are majorly utilized for decision making. Whether a car needs to brake or take a left turn is based on the level of confidence these algorithms have on recognition, classification and prediction of the next movement of objects. The decision matrix algorithms are models composed of various decision models trained independently and in some way, these predictions are combined to make the overall prediction, while decreasing the possibility of errors in decision making. AdaBoosting is the most commonly used algorithm.

Adaptive Boosting or AdaBoost is a combination of multiple learning algorithms that can be utilized for regression or classification. It overcomes overfitting when compared with any other machine learning algorithms and is often sensitive to outliers and noisy data. In order to create one composite powerful learner, AdaBoost uses multiple iterations. So, it is termed as adaptive. By adding the weak learners iteratively, AdaBoost creates a strong learner. A new weak learner is appended to the entity and a weighing vector is adjusted in order to pay attention on examples that were classified incorrectly in the prior rounds. A classifier that has much higher accuracy than the classifiers of weak learners is the result. 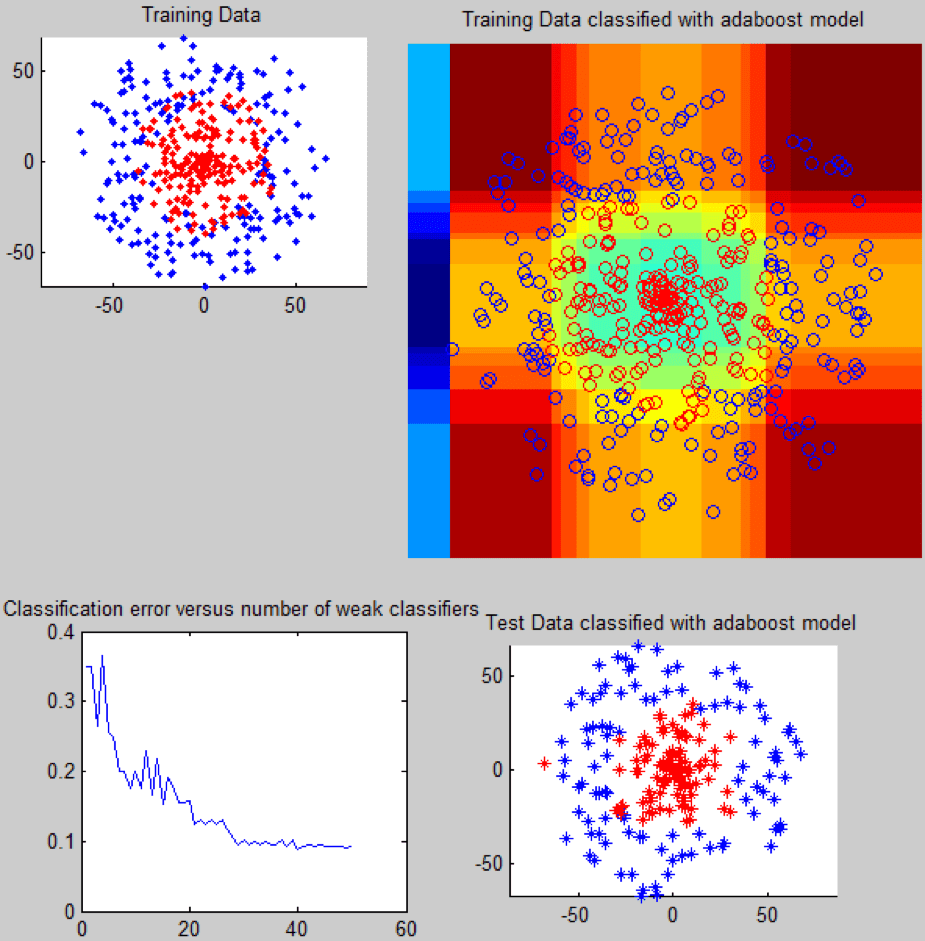 Sometimes, the images acquired by the system are not clear and it becomes difficult to locate and detect objects. Sometimes, there is a possibility of classification algorithms missing the object and in that case, they fail to categorize and report it to the system. The possible reason could be discontinuous data, very few data points or low-resolution images. The clustering algorithm is specialized in discovering the structure from data points. It describes the class of methods and class of problem like regression. The clustering methods are organized typically by modeling the approaches like hierarchical and centroid-based. All methods are concerned with utilizing the inherent structures in data to organize the data perfectly into groups of maximal commonality. K-means, Multi-class Neural Network is the most commonly used algorithm.

K-means is a famous clustering algorithm. K-means stores k centroids that it utilizes for defining the clusters. A point is said to be in a specific cluster if it is closer to the centroid of that cluster than any other centroid. By alternating between choosing the centroids depending on the current assignment of data points to clusters and assigning the data points to clusters depending on current centroids. 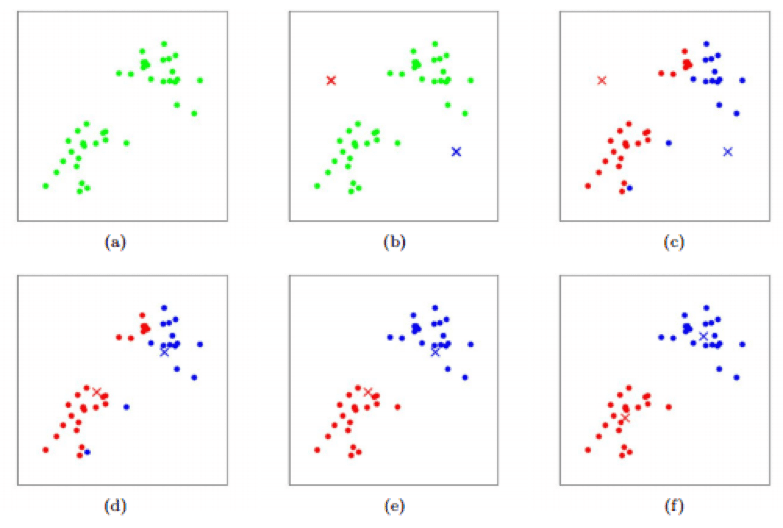 The images obtained through sensors in Advanced Driver Assistance Systems (ADAS) consists of all kinds of environmental data; filtering of the images is needed to determine the instances of an object category by ruling out the data points that are irrelevant. Before classifying the objects, the recognition of patterns is an important step in a dataset. This kind of algorithms are defined as data reduction algorithms.

SVM are dependent on the decision planes concept that define the decision boundaries. The decision plane separates the object set consisting of distinct class memberships. A schematic example is illustrated below. In this, the objects belong to either RED or GREEN class. A boundary line of separation separates the RED and GREEN objects. Any new object that falls to the left is labeled as RED and it is labeled as GREEN if it falls to the left. 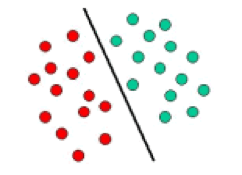 This kind of algorithm is good at predicting events. The Regression Analysis evaluates the relation between 2 or more variables and collate the effects of variables on distinct scales and are driven mostly by 3 metrics:

The images (camera or radar) play a significant role in ADAS in actuation and localization, while for any algorithm, the biggest challenge is to develop an image-based model for feature selection and prediction.

The repeatability of the environment is leveraged by regression algorithms to create a statistical model of relation between the given object’s position in an image and that image. The statistical model, by allowing the image sampling, provides fast online detection and can be learned offline. It can be extended furthermore to other objects without the requirement of extensive human modeling. An object’s position is returned by an algorithm as the online stage’s output and a trust on the object’s presence. 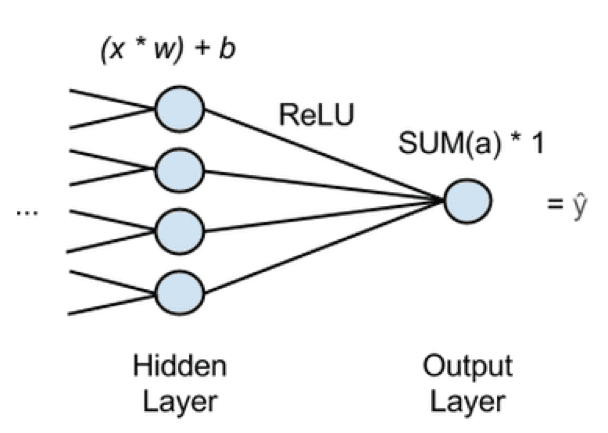 In the above figure, ‘x’ is the input, features passed forward from the previous layer of the network. Into every node of last hidden layer, many x’s will be fed and every x will be multiplied by w, a corresponding weight. To a bias, the products’ sum is added and moved to an activation function. An activation function is a ReLU (rectified linear unit), used commonly as it does not saturate on the shallow gradients like the sigmoid activation functions do. ReLU provides an output, activation a for each hidden node and the activations are added going into output node which passes the sum of activations. This implies, a neural network that performs regression contains single output node and this node will multiply the sum of activations of previous layer by 1. The network’s estimate, ‘y hat’ will be the result. ‘Y hat’ is the dependent variable that all the x’s map to. You can use the neural network in this way to obtain the function relating x(number of independent variables) to y (a dependent variable) that you are trying to predict.

Bio: Savaram Ravindra is a Content Contributor at Tekslate.com, and earlier was a Programmer Analyst at Cognizant Technology Solutions. He holds a Masters degree in Nanotechnology from VIT University. He can be contacted at savaramravindra4@gmail.com.