This post introduces five perfectly valid ways of measuring distances between data points. We will also perform simple demonstration and comparison with Python and the SciPy library. 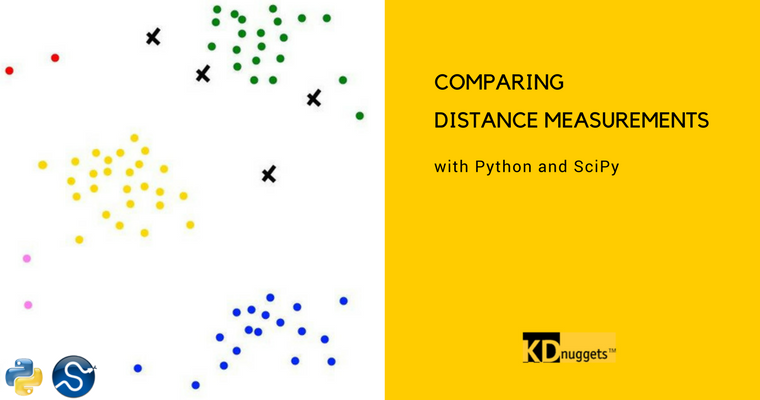 Clustering, or cluster analysis, is used for analyzing data which does not include pre-labeled classes. Data instances are grouped together using the concept of maximizing intraclass similarity and minimizing the similarity between differing classes. This translates to the clustering algorithm identifying and grouping instances which are very similar, as opposed to ungrouped instances which are much less-similar to one another. As clustering does not require the pre-labeling of classes, it is a form of unsupervised learning.

We will leave the "why" of pursuing particular distance measurements out of this discussion, and instead quickly introduce five perfectly valid ways of measuring distances between data points. We will also perform simple demonstration and comparison with Python and the SciPy library. For more on the distance measurements that are available in the SciPy spatial.distance module, see here. 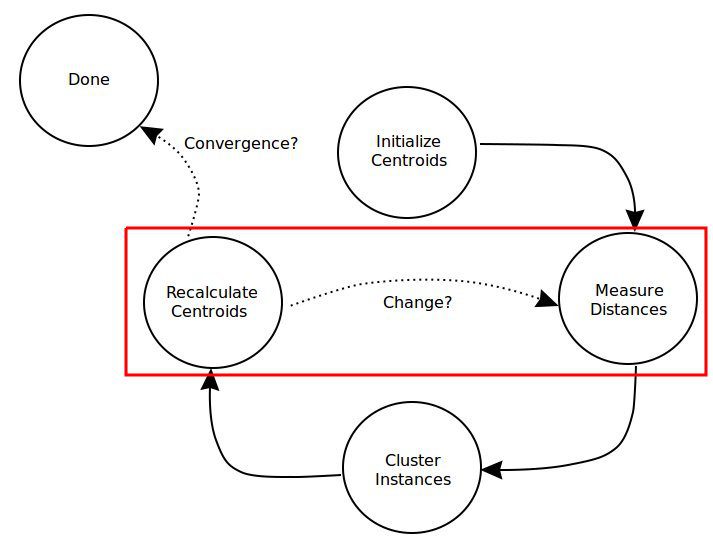 Fig. 1: Distance measurement plays an important role in clustering.
A simple overview of the k-means clustering algorithm process, with the distance-relevant steps pointed out.

As a reminder, given 2 points in the form of (x, y), Euclidean distance can be represented as:

Manhattan -- also city block and taxicab -- distance is defined as "the distance between two points is the sum of the absolute differences of their Cartesian coordinates."

Chebyshev -- also chessboard -- distance is best defined as a distance metric "where the distance between two vectors is the greatest of their differences along any coordinate dimension."

Canberra distance is a weighted version of Manhattan distance, which "has been used as a metric for comparing ranked lists and for intrusion detection in computer security."

Canberra distance can be represented as

where p and q are vectors and

Cosine similarity is defined as:

Cosine similarity is often used in clustering to assess cohesion, as opposed to determining cluster membership.

Just so that it is clear what we are doing, first 2 vectors are being created -- each with 10 dimensions -- after which an element-wise comparison of distances between the vectors is performed using the 5 measurement techniques, as implemented in SciPy functions, each of which accept a pair of one-dimensional vectors as arguments. Second, a pair of 100-dimension vectors are created, with the same set of distance measurements performed and reported.

With the measurements performed, we can quickly notice 2 important takeaways:

While no grand conclusions can be drawn from this simple overview and presentation, the results should also put this excerpt from Hastie, Tibshirani and Friedman's Elements of Statistical Learning in perspective:

An appropriate dissimilarity measure is far more important in obtaining success with clustering than choice of clustering algorithm. This aspect of the problem ... depends on domain specific knowledge and is less amenable to general research.

It's also important to note that the key idea of distance, as it relates to cluster analysis, is not the exact value of the measurements, but how the resulting measurements are used to groups the data points. For example, if you multiply each measure by 100, the values will be different, but the resulting clustering remains the same.

When considering "clustering," far too many people tend to think only of throwing their dataset at k-means, with the defaults. Hopefully this short post has shed some light on the potential complexities and implications of clustering algorithms and their components.