This article summarizes the three most important problems to be solved in event processing. The facts in this article are supported by a recent survey and an analysis conducted on the industry trends. 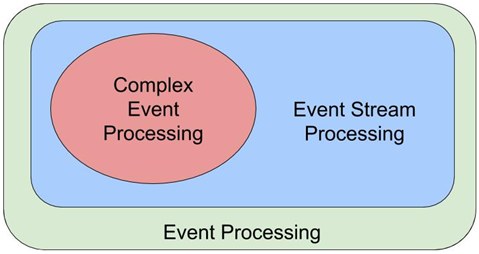 Based on a recent survey and using multiple analysis conducted on the trends in the industry we identify three most important open problems in event processing as follows,

First, we need to address key issues of how the event processing applications get developed. There are two key sub-issues as follows,

2.1 Can we use a single programming language across different stream processors? 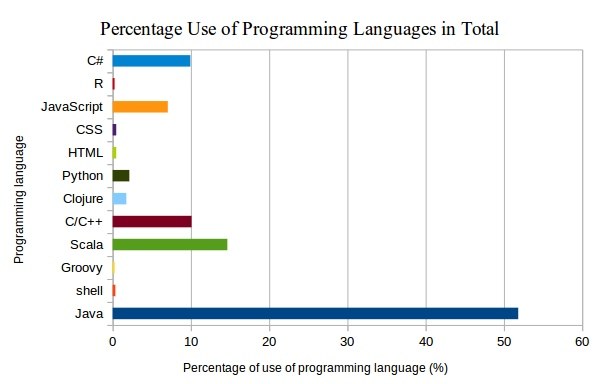 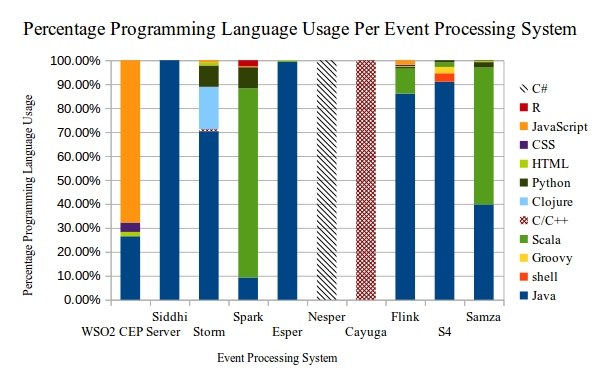 Second, they can be developed using a custom (i.e., domain specific) language. For example, IBM Infosphere Stream’s Stream Processing Language (SPL), Software AG’s Apama, etc. The program statements written in the custom language get translated to intermediary languages such as C/C++/Perl, etc. and then they get compiled into application executables.

The diversity of the programming languages has created the need to follow a common syntax so that usability and portability issues prevalent across event stream processors could be addressed. In doing so the third approach described above (Streaming SQL) has significant potential of becoming the standard for specifying event stream processing applications. The ideal scenario would be to create a streaming SQL system which is ANSI SQL compliant. Currently, there are bits and pieces missing such as supporting set operations in Streaming SQL (see).

System scalability and performance are important metrics which measure the ability of a stream processor to handle large workloads. A scalable stream processor can expand its operational scale. The traditional scaling approaches are based on adding more resources and they are called vertical scaling (adding more resources to the same server) and horizontal scaling (adding multiple servers). However, some other techniques such as elastic scaling, approximate computing could also be used to address the issues of system scalability.

State of an event processor is the set of values being repeatedly accessed during the processing of the events from the incoming data stream. State has three types called Application state, User state, and System state. Application state refers to the values being created and maintained while running the application. This can be for example, state required to detect conditions such as patterns or content of a length window. Application state resides in the ephemeral store (See Figure 2) such as main memory and periodically gets flushed to the permanent store. User state is the user data which is accessed by the application to make runtime decisions. For example, a permanent store such as a RDBMS can contain information of user’s credit history. System state refers to everything else the framework provides to make sure that if the stream processor crashes, it is recoverable back to its normal operations.

Reliable and fault tolerant state management is important for a stream processor to provide highly available service. Traditionally, reliability and fault tolerance of the stream processors have been achieved by checkpointing their operator states into distributed file system, or to a Relational Database Management System (RDBMS) or to a distributed message queue (such as Apache Kafka). However, checkpointing introduces latency penalty since we need to stop execution of stream application before taking the checkpoint. Several techniques have been introduced to reduce the time taken for saving checkpoints. E.g., Incremental checkpointing keeps a log of changes made to the state and recovers using the log rather than taking full checkpoints of the application state every time. Hence this technique is only beneficial in use cases where the snapshot recovery cost can be subdued by the performance gain made by taking incremental checkpoints. Another approach would be instead of separating out computation layer and database layer into two, they can be merged into one layer and have the other tier as the storage layer for streams and snapshots (see for details).

How an event processing application can be programmed, how it can be scaled, and how to manage its state are three main issues to be solved in event processing paradigm. Finding effective solutions for the above three questions may lead us to the next generation stream processors.