THE BOOK OF WHY: The New Science of Cause and Effect

A Turing Prize-winning computer scientist and statistician shows how understanding causality has revolutionized science and will revolutionize AI. 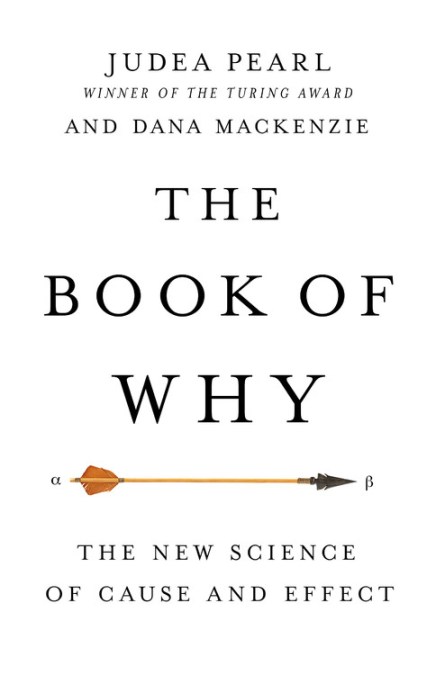 THE BOOK OF WHY:
The New Science of Cause and Effect,
by Judea Pearl and Dana Mackenzie.
May 2018.

"Correlation is not causation."

For over a century, this seemingly reasonable dictum of statistics metastasized into one of science's biggest obstacles, as researchers in all data-driven disciplines became unwilling to say if one thing caused another. But all this has changed with Judea Pearl and his colleagues, whose work over the past three decades has cut through the confusion and established causality-the study of cause and effect-on a firm scientific basis. His work shows how we know simple things, like whether the rain or a sprinkler made a sidewalk wet, as well as how we can answer hard questions, like whether a drug cured an illness.

Coauthored with the PhD mathematician turned science writer Dana Mackenzie, THE BOOK OF WHY reveals the far-reaching effects of scientific revolution that is transforming the fields of statistics, epidemiology, cognitive science, and the social sciences, and that will be central to advances in the next generation of artificial intelligence.