As a developer who is excited about leveraging machine learning for faster and more effective development, these software tools are worth trying out. 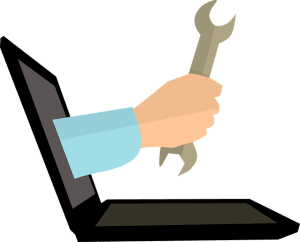 Today, programmers interested in machine learning potential talk about building apps with artificial intelligence and the tools for AI-based software development. Good examples include solutions like PyTorch and TensorFlow, among others.

However, machine learning technology is affecting the programming world in yet another interesting way. We are talking about recent software development solutions that employ machine learning algorithms to ease and streamline the work of developers. In this piece, we’ll focus on five such tools. Three of them are already selling on the market, while the other two are still in the testing phase. If you are a developer who wants to know how to leverage machine learning for quicker and more effective software development, check out these solutions.

This tool primarily acts as a code completer. With the help of machine learning, it easily detects the code you are inputting in real-time and completes it as you type. Often listed as one of the best tools for developers, it works well with many popular code editing solutions.

Kite uses a working model taken from GitHub. GitHub code, which is accessible to all, is used to create an abstract that acts as the backbone of the Kite model. As such, the tool can suggest and even complete code automatically, based on both the context and purpose instead of just the text itself.

When it was first launched, Kite could only be accessed on Mac and Windows. Today, it can be used on Linux as well. The downside of this tool is that it only works with Python at the moment. However, it’s being developed to work with Go, too.

Two years ago, Kite was accused by open-source programmers of mishandling users’ data as well as modifying a popular Atom plugin that autocompletes one’s code. However, the owners have since solved both issues. Recently, the Kite team announced that the tool can now perform all functions locally within the user’s PC and not in the cloud, as was previously the case.

This tool is very much like Kite since it uses machine learning to generate automatic code completions. It also uses a  type formed from the syntax tree derived from publicly available code. However, it does have some differences.

Codota is built for Kotlin and Java languages. It is a cloud-based solution that generates smart auto predictions. It is worth noting that Codota owners stated that user data is not transmitted to their servers. Only the limited encrypted information from the edited document is transmitted as it is needed to predict code in line with the scope and context.

Codota is supported on Linux, Windows, and Mac devices. However, the editor mode only works for Android Studio, Eclipse, and IntelliJ, which is understandable when you look at the languages the tool supports. In addition to this, the Codota creators mentioned that the versions for other programming languages are in development, with the first one expected to be launched being JavaScript.

There is a free version of this tool, which creates auto-suggestions solely from publicly-accessible code. However, the paid one can also employ private code. You can request the price quote on the tool’s official page.

DeepCode is also among popular machine learning tools for software development. Its main function is to examine code and highlight parts of it that could potentially be vulnerable to security breaches. Much like the two previous tools, DeepCode assesses code from public storage locations to identify similarities. In contrast, this tool also makes use of the patterns to find vulnerable areas.

DeepCode implements a method that analyzes user input handling before the critical security level is attained. Therefore, when any data moves from one point to another without security verification or clearance, the tool marks it as tainted and alerts you about it. Among the issues that this tool is equipped to highlight are cross-website scripting, SQL injection threats, remote code execution, as well as path-traversal strikes.

You can find analyses done with DeepCode on popular repositories like Bitbucket and even GitHub. The reports are free and can be used for open source projects or private works of thirty or fewer programmers. You can also use DeepCode for analyzing your on-premises code hosting at a cost.

This framework, created by Microsoft, helps to generate code with the use of samples. PROSE stands for “program synthesis using examples” and can be leveraged to create other programming tools, as opposed to implementing it directly as a predictive solution. Among the ways that a developer can use PROSE is a text transformation through example, file manipulation through prediction, and data extract from a text file.

Pix2code, which is still in the experimentation phase, is an innovative tool that can turn a graphic user interface screenshot into computer code. By employing deep learning techniques, this software can analyze GUI in three different formats: iOS, Android, and HTML/CSS. However, since this tool is still in the testing stages, you can only use it for learning or as a foundation for additional software development.

As you can see, these innovative tools can assist with code completion, security measures, and even code generation. Machine learning allows for great possibilities, as well as quick and effective software creation, so it is worth examining the mentioned tools. That being said — no single tool can work without a team of experienced software developers. These tools are indispensable when it comes to saving time on development, but the initial processes of planning and the final processes of testing, QA, and deployment will require skilled developers.