Skynet Is Real: The History and Future of Factories With No Workers

Let’s see whether robots will become "grave diggers" of the proletariat, what do we lack to get total automation, and what compromises exist. 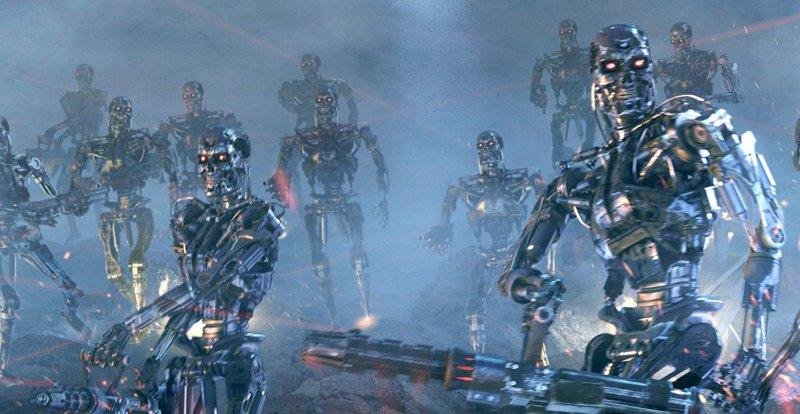 From Marx to Musk, that is, for more than 200 years, people dream of factories that operate without workers. It would seem that three industrial revolutions brought us very close to the introduction of fully automated factories.

However, the history of such projects is not very bright. In an attempt to create lights out factories, visionaries like Steve Jobs and Elon Musk have actually failed. Working examples of "inhuman" factories are rare. Some industry leaders like Toyota replace machines with people.

Let’s see whether robots will become "grave diggers" of the proletariat, what do we lack to get total automation, and what compromises exist.

There is such a joke: the factory of the future will be so automated that only two workers will remain on its staff - a guard dog and a person who feeds the dog. Another variant: there will be only one person in the control room and a guard dog to make sure that the person does not touch anything.

The lights out factory is a factory in which you can turn off the light because robots do not need it. In such an enterprise, a person does not interfere in production, but only serves the robots that produce things.

The path to light out factory has always seemed uncontested. The grandfather of the political economy, David Ricardo said that any increase in salaries pushes us to use more machines. Machines and humans are in constant rivalry.

Theorists of political economy were partly science fiction writers but by the beginning of the 20th century, the first experiments with automation started to appear.

What did the workers do in the first automated factory?

Lloyd Smith inherited the American engineering corporation A. O. Smith in 1914. In 1921, under his leadership, an automated factory for the production of car frames was created. It consisted of four production lines arranged in the shape of a rectangle. In the middle, a conveyor complex moved hundreds of parts back and forth between different stations - for cutting and molding, assembly and painting. It took 552 operations to produce each car frame. Having reached its full capacity, the factory produced up to ten thousand frames per day with the participation of 200 workers. Its analogs that involved traditional manual labor produced three thousand frames per day using the efforts of two thousand workers.

Although the A. O. Smith factory was not fully automated; its innovative approach made it possible to make so that workers did not interact with the produced products at all. People only serviced and took care of machines, replacing spare parts and shipping final products. Remaining a rarity, the plant worked until the 1950s, when automation began to gain - literally - frightening momentum.

Why did Jobs and Musk fail with robots?

In the mid-1980s, Steve Jobs began manufacturing a new PC. An ideal computer, of course, should be created in an ideal factory. The latest robots were purchased for it, which subsequently performed 90% of the operations. Human labor costs, according to Jobs, should have been reduced to 2% of the price of one computer.

However, already in 1992, the factory called NeXT was quietly closed. Although it could produce 10 thousand units a month, in 1988 only 400 computers left the assembly line, and a few years later only 100 units. Steve Jobs was afraid of overproduction due to weak demand. An ideal computer from an ideal factory turned out to be expensive. Computers cost several thousand dollars. Such prices influenced sales volumes which eventually did not cover investments in expensive robots.

Another visionary crashed in the struggle for total automation not because of the economy, but because of technology. At the beginning of 2018, Tesla was unable to achieve the set production volumes for the new Tesla 3 model - the "People's Electric Car" by Elon Musk. In an interview with CBS, Musk claimed that although the Tesla 3 production line was the most robotic on the planet, it was its imperfection and insecurity that were responsible for the delays. As a result, they returned the factory workers.

Musk later tweeted: “Yes, excessive automation at Tesla was a mistake. To be precise, my mistake. Humans are underrated.” 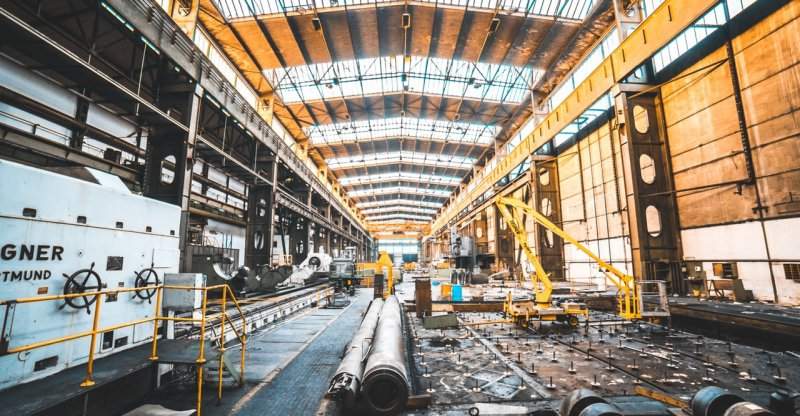 Photo by Markus Bürkle from Pexels

In the shadow of Fuji: for how many days do they turn off the lights in the lights out factory?

One of the largest manufacturers of robots in the world - the Japanese company FANUC (Fuji Automatic Numerical Control) created a fully automated factory in the early 2000s. However, little is known about it - the company loves secrecy very much. Its founder even hid its headquarters from curios eyes behind an array of the planted forest at the foot of Fuji.

The factory is known to make robots. Machines painted in bright yellow corporate color create about 50 robots per day without human intervention. The factory is working in this mode for about 30 days, after that period, maintenance specialists visit it.

FANUC vice president Gary Zywiol, describing this lights out factory, boasts: “Not only is it lights out, we turn off the air conditioning and heat, too.”

Essentially, FANUC is about to become something like Alphabet or Apple to earn revenue from software developers who create apps for industrial robots. But FANUC’s idea also has a deeper meaning. Their platform should set a common standard for application development that will integrate a variety of robotic systems, including those based on Big Data and AI, which will simplify the creation of fully automated factories in the future. At the same time, we should not forget about the loopholes that technological advancements may have.

Now let's see what technologies and trends will lead humanity to fulfill the dream of lights out factories.

Cheaper, more mobile, smarter. Changes in the economy and education, as well as new achievements in the field of data processing, artificial intelligence, and software, are already laying the foundation for the complete automation of production.

Learning robotics is becoming easier. If 10-15 years ago, engineers in the field of robotics were rare and expensive, today we have more and more such professionals. People begin to learn how to build robots from the school bench. Specialized classes, courses, and learning centers appear all around the world. At the same time, software that helps to create and test applications for robots has become more accessible

Robots are getting smarter. Some 20 years ago, robots could perform only a series of preprogrammed, monotonous operations. Accordingly, different stages of production required different types of robots - some moved the workpiece, others cut, and other robots painted, etc. Today, robots can analyze information received from numerous sensors and adapt to a changing environment. For example, robots may check the quality of the welding job.

Robots are getting cheaper. According to McKinsey, over the past 30 years, the average cost of an industrial robot has halved. At the same time, labor costs are rising due to higher salaries in developing countries. The need for automation in the BRICS countries is increasing, but local production needs inexpensive work. To meet this demand, leading global manufacturers will continue to reduce the price.

Robots are becoming more "flexible." As machines get smarter, their sensors multiply, and their ability to process information improves, they become more universal. They can be adapted for various tasks, including small production. For example, robots use stereoscopic visualization to harvest strawberries, determining its degree of maturity. IoT technologies, backed by big data analysis, will allow machines to share experience obtained during this process.

Robots understand human speech. With the development of speech recognition, it is possible to give robots verbal commands.

Robots are becoming more accurate. Most robots are able to control movements with an accuracy of 0.1 mm, although some pro models have an accuracy of 0.02 mm. So, robots may soon replace skilled workers who, for example, work with precious stones or assemble small electronic devices.

Robots move better. Automated Guided Vehicles (AGVs) can move robots around the workshop. Touch control and 3D-visualization give them freedom of movement, which means that the machines are not tied to only one task and location.

As you can see, robots are slowly but surely turning, if not into humans, then at least into workers. And history has shown that machines can very quickly replace humans. What will happen to the blue-collar workers and is there a compromise between the machine and the human being?

"Gravediggers" of the proletariat: will robots make us unemployed?

According to PwC experts, by the mid-2030s, robots will occupy 30% of jobs in all sectors of the economy. The largest share belongs to transport (50%), followed by financial services (30%) and healthcare (20%). And according to McKinsey forecasts, 78% of the factory\production positions associated with physical labor can be automated.

But despite the predictions of the researchers, there remain many obstacles to total automation. For example, Peter Gratschmayr, senior engineer at Midwest Engineering Systems (MWES), an automation company, says: If a client requests a lights-out manufacturing system, satisfactory criteria include determining what the relationship between the cost of the equipment versus the return of investment is in terms of labor, quality, scrap, and production-throughput predictability. If this value exceeds a two-year return, the investment is less desirable.”

And thus, more and more often, as an alternative, the introduction of collaborative robots is proposed. Cobots are machines that do not replace a person, but only help him. Such cooperation helps to get the most out of human workers and machines. At the same time, people save their job positions and can get more interesting tasks, as the routine will go to the cobots.

Due to the improvement of robotics, many fully automated factories are likely to appear soon. However, the complete replacement of manual labor in production will most likely never happen, because the ultimate goal of any factory is to create a product that satisfies human needs, and they are constantly changing and are largely determined by emotions. As history shows, automated production lines work for a very long time because no one has the incentive to change them. So far, only a person can quickly change production in accordance with the needs of society. At least until we invent AI, which will manage not only the factory but also our society.

Bio: David Balaban (@PrivacyPC) is a computer security researcher with over 15 years of experience in malware analysis and antivirus software evaluation. David runs the Privacy-PC.com project which presents expert opinions on contemporary information security matters, including social engineering, penetration testing, threat intelligence, online privacy, and white hat hacking. As part of his work at Privacy-PC, Mr. Balaban has interviewed such security celebrities as Dave Kennedy, Jay Jacobs and Robert David Steele to get firsthand perspectives on hot InfoSec issues. David has a strong malware troubleshooting background, with the recent focus on ransomware countermeasures.