We are all witnessing a staggering growth of AI technology with so many new benefits for people while also changing the way we live and work. As AI continues to grow, which applications will have a significant impact in 2020? 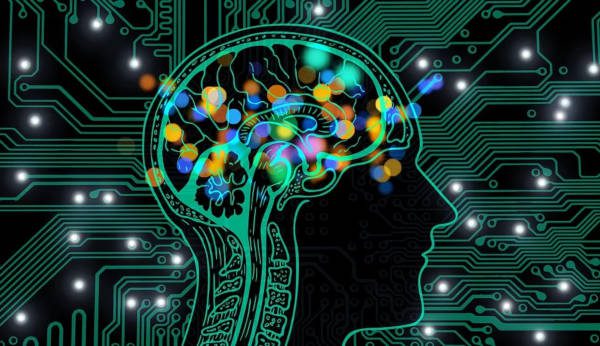 The idea that computers or software programs can both learn and make decisions is particularly significant and something that we should be aware of, as their processes are growing exponentially over time. Because of these two skills, AI systems can now accomplish many of the tasks that were once reserved for humans.

Over the last few years, the growth of AI technology has been staggering. AI-based systems are now being used to help humans benefit from significant improvements and increased efficiency in nearly every area of life.

As the development of AI continues to grow, it will change the ways we live and work more and more.

In recent years, technology has taken on a crucial role in the retail business, as e-commerce solutions have been developed, and small, local stores without effective online strategies have been forced to go out of business.

In fact, in the U.S., bankruptcies for retail stores have increased significantly - from 2015 to 2019, 81 major retail companies have filed bankruptcy. Amazon has been a strong player in the online retail market, but it has also begun to venture into physical retail stores, using new models that incorporate artificial intelligence technologies.

In January of 2018, Amazon opened its first high-tech grocery store that does not require a traditional checkout to the public.

According to Amazon, this store is possible because of some of the same AI technologies used in self-driving cars, including computer monitoring, sensor fusion, and deep learning processes. Within the store, there are tools to detect when a product is removed from its shelf, and these items are then charged to an individual’s Amazon account as they leave the store, making the shopping experience fast and efficient for customers.

In February 2020, the world's largest retailer, Walmart, is introducing thousands of robots to its workforce. These robots will help manage inventory, scrub floors, and keep product shelves in order.

Over the next few years, we’ll see grocery stores that offer a blend of automated technologies and just a few human assistants to make sure that everything runs seamlessly for the shoppers.

In addition to automated payment systems and robots, biometrics is another way that AI will change the way retail stores operate. Right now, biometric technologies are primarily being used on mobile phones and in airports to scan fingerprints. However, facial recognition tools are gaining momentum in the marketplace and will likely be implemented in stores in the future, analyzing your facial expressions as you examine various products and creating personalized promotions based on the sensors’ observations.

A report called A Future That Works: Automation, Employment, and Productivity, based on a study by the McKinsey Global Institute, predicts that nearly half of our work tasks will be performed by some form of a robot by the year 2055. AI bots will automate any kind of job that is routine or repetitive on some level.

For example, in the U.S., JPMorgan Chase & Co. introduced a machine learning program called COIN, which has eliminated over 360,000 hours of work for lawyers each year, saving a huge amount of money and increasing productivity immensely. COIN, which is short for Contract Intelligence, uses AI to review and interpret commercial loan agreements in just seconds, performing the kinds of analyses that would take a team of lawyers hundreds of hours to complete. As large banks begin to use this kind of technology, they will likely be able to save millions of dollars every year.

When discussing tasks that are automated or repetitive, most people tend to think first of low-income jobs. However, robots and AI technologies will be able to replace a lot of white-collar workers as well.

According to several experts in the field, jobs that require analysis of data and trends will also be among the first to be given to robots. This includes jobs in the healthcare and financial industries, both of which rely on analytics and trends.

In the financial field, the American investment bank Goldman Sachs Group, which once employed 600 traders in its New York office, now has the same tasks being performed by only two human traders and an array of AI tools.

The contributions that artificial intelligence can bring to the healthcare industry will change how the medical field works in groundbreaking ways, allowing people around the world to receive safer and more efficient care and making it easier to prevent and cure diseases.

Traditionally, analysis of health records, medical literature, and historical trends was extremely time consuming, but these kinds of tasks are perfectly suited to AI tools.

IBM deployed its AI assistant, Watson, in a test to analyze 1,000 cancer diagnoses. In 99 percent of the cases reviewed, the treatment plans recommended by Watson matched those suggested by the patients’ oncologists.

Using AI tools like this can change the way diseases are diagnosed and treated, enabling patients to get the care they need faster and more efficiently. Watson is already being used in hospitals around the world, providing IBM with incredible opportunities for growth while also helping to improve health care worldwide.

Another AI-based assistant being used in health care was created by DeepMind, an AI lab based in the UK that was bought by Google in 2014. This AI assistant analyzed over 1 million anonymous eye scans to train itself to be able to identify the early signs of eye disease. There are many other examples of AI-based technology being implemented to aid in the practice of medicine. Because AI tools can review health records and medical data with so much more speed and accuracy than humans, their use can greatly increase the accuracy, and reduce the likelihood of human error, in diagnostics, treatment plans, and overall patient care.

Another trend that has developed because of the availability of AI-powered health tools is at-home testing and personalized health care. Using features on their smartphones, people can now perform certain diagnostic tests from the comfort of their own homes, cutting down on health care costs and reducing the workload on doctors and medical staff, while also helping to improve the health of those using the tools.

AICure.com is one company that has created an at-home AI assistant for medication tracking. This patented technology allows patients to confirm whether their medication has been ingested as prescribed by using an app on their smartphone. One study revealed a 50 percent improvement in adherence to dosing instructions when this app was utilized.

Chatbots are computer programs that conduct conversations through text or audio. There are a variety of ways that chatbots can be used, such as processing, payments, and marketing.  However, customer service is where they excel.

When a company develops and implements a chatbot, it is usually seeking to automate at least some portion of communication with its clients or customers. For example, up to 80 percent of customer inquiries regarding particular products are repetitive questions rather than unique communications. For this reason, creating a chatbot that can share basic product information makes sense, as customers can receive instant, effective responses at any time of the day or night.

Some of the most commonly used chatbots today are built with the logic of a decision tree, working with information from a large database and providing great resources when you choose from the options provided.  However, if you enter a more complicated request or question, these chatbots may not understand some of the phrases you use or may not return the right information.

In 2020, chatbots will become better at matching human conversation, allowing a larger portion of customer interactions to occur through chatbots. When chatbots employ AI and machine learning, they can remember what a user asked in prior communications, and personalize the current conversation based on information from all previous ones. This provides much better user experience and a higher degree of customer satisfaction while offering more effective communication patterns than human operators would be able to provide.

One of the many challenges facing society due to the rapidly increasing use of artificial intelligence is how to maintain the privacy of information.

Over the next few years, AI will become prevalent in many areas of our lives. We will be able to experience incredible improvements in health care, education, public safety, and more, all thanks to artificial intelligence. This is becoming possible because of the ability of AI tools to work quickly and accurately to collect and analyze large quantities of data.

However, with so much data being available, questions arise as to how we can ensure that our private information is not used inappropriately or for commercial ends. Smart digital assistants like Apple’s Siri, Amazon’s Alexa, and Google Assistant can be extremely useful tools, but also have a large degree of insight into the places we go and the things we do. For this reason, many people are already hesitant to use these kinds of devices, concerned that the companies behind them could use or sell their personal information for advertising or worse.

For that reason, many have argued that individuals should always have access to the data the technology companies have about them.

The concept of privacy also varies from country to country. For example, privacy policies in the U.S. differ greatly from those in Europe.

One such piece of legislation in the European Union is called the General Data Protection Regulation (GDPR). The basic premise behind this set of laws is that citizens of the EU will have more control of how their data can be used.

As tech companies in the EU are forced to adapt their business practices to comply with the GDPR, in 2020, other countries will begin to introduce similar kinds of legislation to protect their citizens. A good example is the California Consumer Privacy Act that took effect from Jan 1, 2020. The law allows residents of California to know what data companies gather about them. It also lets residents of the state ask companies to delete their data.

Well, these were a few of my predictions for 2020. It would be interesting to know what you think will be the dominant trend in this market.