Software developers remain in very high demand as many organizations continue to experience workloads that far exceed available talent. AI-enhanced approaches that automate more areas of the software development lifecycle are in development with interesting potentials for how machine learning and natural language processing can significantly impact how software is designed, developed, tested, and deployed in the future.

By Assaf Araki and Ben Lorica. 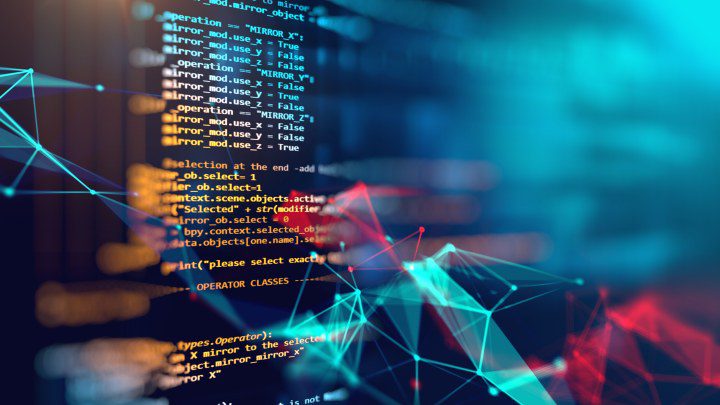 In our previous post, we described the components, tools, and companies for building AI applications. In this post, we closely examine companies who are building tools for (partially) automating software development.

Why focus on software development? Demand for software developers is at an all-time high at a moment when software continues to grow in importance. According to a 2019 Stack Overflow survey, more than a third of developers identified a lack of resources (“not enough people for the workload”) as one of the main challenges to productivity.

Figure 1:  AI disruption across the stages of software development.

New solutions that rely on AI need to demonstrate sufficient business value to justify placing them alongside existing manual and rule-based systems. And since companies will need to purchase and implement new systems and workflows to accommodate any new solution, AI systems need to add value that exceeds any new costs and requirements (such as the need for labeled data, hiring new staff, etc.). AI solutions for software development will allow novice engineers to complete their projects more quickly while producing high-quality code.

With this in mind, Intel Capital has identified application monitoring and software testing as prime investment areas.  Companies already use a wide range of tools for rule-based application monitoring, thus we believe that AI solutions have the potential to disrupt this existing market. In the software testing and code analysis and compliance stages, existing tools mainly focus on process automation and lack of test generation. We are seeing promising AI-based products that automate a lot of manual work done by developers and QA engineers.

Given that it has the highest business value, we’ve also peered into the future and examined AI in code development. We concluded that while current research and breakthroughs show a lot of promise, we aren’t quite ready to make major investments in AI tools for code development. With that said, we believe that over the next few years, we will begin to see code development solutions that target narrow problems (e.g., data processing, machine learning modeling, etc.).

Code development and programming are simpler today compared to the languages and tools developers used 30 years ago. But it is still a manual process. We are beginning to see solutions that use AI to automate some aspects of code development, including solutions that automate the creation of code by program synthesis, smart code completion, and static code analysis.

Software testing is an area where AI and automation tools have made inroads. Testing is broad and includes unit/functional/integration testing, as well as regression and stress testing. The majority of AI-enabled testing startups are in functional, integration, and regression testing.

Code Analysis & Compliance is another area where we see the rise of AI. AI can be used to ensure that code adheres to a company’s software development principles. AI is also being used for static code analysis and to produce alerts about critical vulnerabilities.

Metrics and Observability tools are used to monitor the health of software. We are beginning to see AI systems that monitor and optimize applications in production.

Automation in software development and applications

Figure 3: Representative examples of tools, services, and companies in our SW Development stack.

We now describe the use of automation in each of the building blocks in the software development stack. We also look ahead and project future automation solutions.

Code development is the least automated process in the software lifecycle, as developers today are more efficient thanks to tools created in the last half-century. Programming languages today are high-level compared to the ones used 30 years ago. While these languages have made developers more efficient, better tools are needed as demand for developers still exceeds supply. For example, Codata & Kite are “intelligent code completion” products that use AI to enhance code quality and enforce compliance.

There will be a wave of tools designed to further augment and supercharge developers. A recent example from OpenAI shows a language model able to generate Python code after being trained on GitHub code repositories using a Microsoft supercomputer. An earlier example (Autopandas) involving neural-backed generators hints at tools that enable developers to become productive in libraries and frameworks without having to master intricate APIs. It involves a user specifying desired inputs and outputs, and Autopandas generates an optimal program for generating the output. Similar tools can be built for data-intensive processes, including ETL, data modeling, dashboards, and more. Another recent example from Facebook AI potentially paves the way for tools for migrating code to modern or more efficient programming languages. It demonstrates how unsupervised machine translation can be applied to source code to create a transcompiler.

We believe the move to microservices opens up possibilities for automation and will lead to more opportunities for AI-enabled software development tools. Breaking software into smaller pieces paves the way for highly targeted automation solutions.

Software testing is beginning to leverage progress in deep learning in computer vision (CV) and natural language processing (NLP). Imagine a software application with a GUI and a testing robot able to recognize and understand text boxes and other interface elements. This same robot can be enabled to automatically create test suites. This describes the situation today. One example is Mesmer, a robotics process automation company focused on automating customer experience testing.

Looking ahead, we believe the next generation of automation tools will take these capabilities to another level. Imagine a set of AI agents that can download and test software from an app store and, in the process, learn better ways for designing and implementing software. These AI agents can offer tailor-made application development services similar to what Wix offers for website development.

Code Analysis & Compliance is another area where we will see the rise of AI. Machine learning and AI will help organizations release better code that adheres to recommended development principles, provide alerts about critical vulnerabilities, and conduct comprehensive static code analysis. We are beginning to see a few companies with AI-enabled solutions in these areas (see Figure 2), and we expect more to follow in the future.

Application Monitoring or AIOps addresses the need for operations support. AIOps combines data analytics and machine learning functionality to analyze data generated by IT systems. AIOps platforms enhance a broad range of operations including, anomaly detection, event correlation, prediction, and root cause analysis to improve monitoring and observability, and service management. This is an active area: existing “rule-based” application monitoring solutions are beginning to add machine learning, while new companies like Anodot offer anomaly detection and forecasting for application monitoring.

Will automation mean that we will need fewer developers in the longer term? We think that the demand for software developers will remain steady. However, we believe that the software industry will need developers who possess different skill sets. In the future, developers will need to focus more on integrating building blocks and capabilities and less on writing code from scratch.

Bios: Ben Lorica is chair of the NLP Summit, co-chair of the Ray Summit, and principal at Gradient Flow. Assaf Araki is an investment manager at Intel Capital focused on AI and Data Analytics platforms and products.

Disclosure: Intel Capital is an investor in Anodot & Mesmer. Ben Lorica is an advisor to Anodot.