Do you have an interest in data science but lack an understanding of what, exactly, it can be used to accomplish in the real world? Read this article for a few examples of just how helpful data science can be for predicting and preventing real world problems.

By Devin Partida, Editor-in-Chief of ReHack.com on April 28, 2021 in Data Science, Prediction

People in various industries are increasingly interested in using data science to learn more about notable trends that improve their decision-making. It’s also instrumental in predicting events and preventing unwanted consequences. Here are some thought-provoking examples. 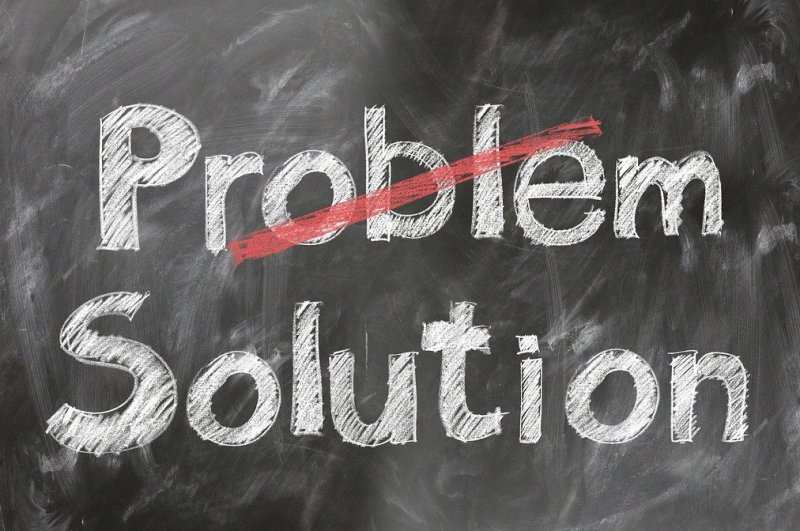 Image by Gerd Altmann from Pixabay

Many industries now have an extensive online presence. However, targeted cyberattacks can quickly hinder entire companies, forcing employees to temporarily switch to pen-and-paper recordkeeping or deal with the loss of access to files or portals.

However, data science can help company IT teams stay on top of and stop threats. For example, associate rule learning (ARL) gauges risk based on certain characteristics. It allows managers to predict possible issues based on whether they share commonalities with past problems.

Prevention also becomes possible when data science helps spot outliers. Suppose a system sees that an unknown person with an IP address in a foreign country tried to access a workplace network in the middle of the night. It could automatically deny that individual until a human takes a closer look.

Ongoing police violence issues against people of color have led to a call for drastic change in the law enforcement sector. However, most people don’t know the best ways to go about making progress.

An organization called Campaign Zero uses a data-driven approach to suggest new policy frameworks for the future of policing. Researchers there reviewed 600 police union contracts. The results showed that 84% of the documents contained at least one stipulation that made it difficult to hold police officers accountable.

Data also shows which locations have police departments associated with the deaths of Black men that are higher than the national homicide rate. Another way to apply data analytics is to assess which officers have above-average incidents of misconduct or complaints lodged against them. Police chiefs could then make departmental decisions about interventions that could predict and prevent unnecessary violence.

People are particularly interested in how data science could assist industries when success almost entirely depends on achieving consistent output. In such cases, unexpected events or misguided judgments could lead to plunging profits and dissatisfied clients.

However, data science could support preventive maintenance programs used in facilities such as manufacturing plants. Research suggests that 80% of maintenance technicians would rather prevent issues than react to them. When plant leaders use connected sensors that feed into a data analysis platform, they can predict when parts will fail or prevent problems by alerting people to concerning trends.

In Australia, government officials believe data science could be the key to improving results in the mining industry. Difficulties in finding new, high-quality mineral deposits mean companies often engage in costly exploration efforts that fall short of expectations. Data science could help with that, as well as monitor ventilation systems at established mines. Workers would stay safer while companies avoid excessive costs.

Many people can relate to the scenario of joining a gym and making good on promises to get fit but becoming less enthusiastic over time. Data science can predict what causes a loss of motivation and prevent it from happening. It can also assist in making personalized recommendations for members.

A venture-backed technology company called CIPIO helps gym owners convert data into actionable strategies. Records may indicate that a particular member has only attended yoga sessions, and their attendance has gradually become less consistent. The system could recommend that gym staff inform that person about a class that combines yoga with brief periods of intensive cardio. That suggestion could raise interest by presenting a different opportunity.

Such a tool might also show broader trends, such as which months most members end their subscriptions. If the data indicates it usually happens in March, a club could offer extra incentives to reduce the chances of people leaving. It could also predict the likely interest in a new, specific type of class, such as chair workouts for older or injured people.

Consumers understandably get upset when they intend to buy something and find empty shelves. That’s why many retailers now use big data to predict demand and prevent stock shortages. Data analytics systems can look at societal trends, weather patterns, regional preferences and other specifics to assess people’s likelihood of buying.

That approach can also send the appropriate quantities of merchandise to the right locations, such as chain stores with national outlets. The data may show a rapid increase in people wanting workout clothes in Colorado, while such sales decline or remain flat in Arkansas. Retailers could use that information to keep stores adequately stocked.

Some large-scale festivals, such as the United Kingdom’s Glastonbury, have also relied on data science to predict outcomes and prevent disappointment. Researchers examined data to see whether a specific year was likely to have more or less rainfall than usual. That information helped retailers know what kind of merchandise to bring with them. The same approach enabled vendors to determine the most popular food and beverages so they could be better prepared.

Most business leaders know the importance of understanding the overall likelihood of undesirable events and doing what they can to stop them from happening. Data science can make those aims more manageable, within and outside of the examples here.

It’s impossible to predict the future with certainty, but data science allows tracking trends and extracting meaningful insights from them. Regardless of the industry or audience served, it can help business decision-makers operate their industries smoothly while minimizing adverse outcomes.