How Automation Is Improving the Role of Data Scientists

Here is an overview of 5 ways that data automation will enhance how scientists spend their time and improve the results they get. 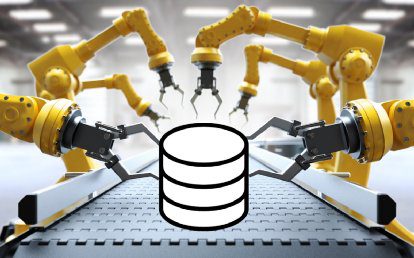 Many people wonder if automation will eventually replace people who work as data scientists. The much more likely outcome — and one that's already happening — is that data automation will enhance how scientists spend their time and improve the results they get. Here are five ways it can help.

Getting insights from data is an aspect decision-makers focus on most often. However, the less-exciting but all-important tasks, like compiling, cleaning and formatting the information, can occupy more space in a project timeline than people realize at first. Investing in automation can make a data science team more productive and agile.

In one example, the leadership at a bank that utilized data science discovered it took longer than desired to get crucial insights. They supplemented the work with automation. Before making that change, the company completed one to two projects every three months. Adding automation allowed them to finish 10 times that amount in the same timeframe.

Even as data automation gains popularity, it won't replace the need for companies to hire scientists. On the contrary, automated tools will offer more time to spend on duties that bring the most value to a company.

For example, rather than devoting a large chunk of a workday to putting information in the right format, a data professional could use their judgment to analyze results or focus on creating algorithms that help a business track trends.

The smartest technological tools cannot substitute for people's intelligence and experience. They also may not detect errors that could cause unreliable results. Data science automation excels with repetitive tasks that do not require human knowledge. That approach frees people to use their skills in personally rewarding ways that also benefit their employers.

A look at recent history related to data automation shows how it has improved almost every industry that used it.

In one example, pharmaceutical experts explored a system that automatically sent global notifications about drug safety events based on regulations in a given nation. The rise of cloud computing has also spurred the adoption of automated systems for working with data.

According to a market research report about the global automation-as-a-service market from 2016-2022, the sector will grow to $6.23 billion by the end of the period and achieve a combined annual growth rate of 28.1%. The analysts cited cloud computing as a significant driver of the increase. For example, if a data scientist uses an automation-as-a-service tool to cut down on manual tasks, they could likely do it via the cloud and get work done anywhere.

Widely cited research indicates that most data science projects fail. This happens for a variety of reasons, including siloed data and skill shortages.

However, automation can give professionals the resources they need to afford upcoming or current initiatives every chance of success. For example, it can help people test hypotheses faster, thereby ruling out the incorrect ones more efficiently.

Data science automation also enables experts who work with the information to strive for continuous improvement. As mentioned in an earlier point, automated technology helps speed up project completion.

However, it can also lead to better outcomes overall. When a tool handles the most repetitive tasks, data scientists can use their brainpower and experience to take corrective action when it seems a project might fail.

A frequently uttered warning in the world of data is that an algorithm is only as smart as the humans that build it.

Some people are tempted to let automated tools do as much as possible, but that approach often causes errors. Thus, some experts advocate for so-called augmented intelligence. It combines artificial intelligence (AI) with human knowledge.

One company used AI to classify tens of thousands of customer comments for an annual survey. The algorithms achieved an average accuracy rate of 90%, but it fell to 60% in some categories. The business compensated by implementing human expertise for the groupings with low confidence scores. This approach increased accuracy and led to trusted results.

Human expertise arguably takes data science efforts to their greatest heights. However, companies should not overlook how data science automation products could help skilled people work with information in the most effective, useful ways.