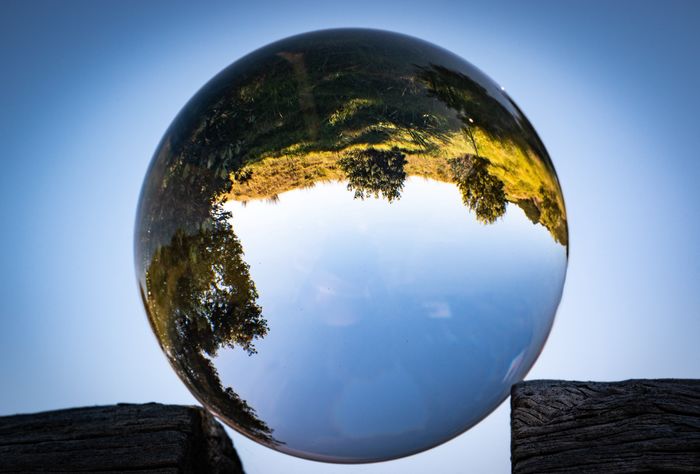 Observation bias and sub-group differences can easily produce statistical paradoxes in any data science application. Ignoring these elements can therefore completely undermine the conclusions of our analysis.

It is indeed not unusual to observe surprising phenomena such as sub-groups trends that are completely reverted in the aggregated data. In this article we look at the 3 most common kinds of statistical paradoxes encountered in Data Science.

A first striking example is the observed negative association between COVID-19 severity and smoking cigarettes (see e.g. the European Commission review by Wenzel 2020). Smoking cigarettes is a well-known risk factor for respiratory diseases, so how do we explain this contradiction?

The work of Griffith 2020 recently published on Nature suggests that this can be a case of Collider Bias, also called Berkson’s Paradox. To understand this paradox, let us consider the following graphical model, where we include a third random variable: “being hospitalized”.

Berkson’s Paradox: “hospitalization” is a collider variable for both “smoking cigarettes” and “COVID-19 severity”. (Image by author)

This third variable “being hospitalized” is a collider of the first two. This means that both smoking cigarettes and having severe COVID-19 increase chances of being ill in a hospital. Berkson’s Paradox precisely arises when we condition on a collider, i.e. when we only observe data from hospitalized people rather than considering the whole population.

Let’s consider the following example dataset. In the left figure we have observations from the whole population, while on the right figure we only consider a subset of hospitalized people (i.e. we condition on the collider variable).

Berkson’s Paradox: If we condition on the collider “hospitalization”, we observe a reversal in the relation between smoking and COVID-19! (Image by author)

In the left figure we can observe the positive correlation between COVID-19 severity and smoking cigarettes that we expected as we know that smoking is a risk factor for respiratory diseases.

But in the right figure—where we only consider hospital patients—we see the opposite trend! To understand this, consider the following points.

This example is very similar to the original work of Berkson 1946, where the author noticed a negative correlation between cholecystitis and diabetes in hospital patients, despite diabetes being a risk factor for cholecystitis.

Let’s consider, for instance, the relation between number of firefighter deployed to extinguish a fire and the number people that are injured in the fire. We would expect that having more firefighters would improve the outcome (to some extent—see Brooks’s Law), yet a positive correlation is observed in aggregated data: the more firefighters are deployed, the higher the number of injured!

To understand this paradox, let us consider the following graphical model. The key is to consider again a third random variable: “fire severity”.

Latent Variable Paradox: “fire severity” is a latent variable for both “n of firefighters deployed” and “n of injured”. (Image by author)

This third latent variable positively correlates with the other two. Indeed, more severe fires tend to cause more injuries, and at the same time they require more firefighters to be extinguished.

Let’s consider the following example dataset. In the left figure we have aggregated observations from all kinds of fires, while on the right figure we only consider observations corresponding to three fixed degrees of fire severity (i.e. we condition our observations on the latent variable).

Latent Variables: If we condition on the latent variable “fire severity”, we observe a reversal in the relation between number of firefighters deployed and number of injured people! (Image by author)

In the right figure, where we condition observations on the degrees of fire severity, we can see the negative correlation we would have expected.

Simpson’s Paradox is a surprising phenomenon arising when a trend that is consistently observed in sub-groups, but the trend is inverted if sub-groups are merged. It is often related to the class imbalance in data sub-groups.

A notorious occurrence of this paradox is from Bickel 1975, where acceptance rates to the University of California weer analysed to find evidence of sex discrimination, and two apparently contradicting facts were revealed.

To see how this is possible, let’s consider the following dataset with the two departments Dept. A and Dept. B.

Simpson’s Paradox: female applicants are more likely to be accepted in each department, but the overall female acceptance rate is inferior to the male one! (Image by author)

The paradox is expressed by the following inequalities.

Simpson’s Paradox: The inequalities behind the apparent contradiction. (Image by author)

We can now understand the origin of our seemingly contradictory observations. The point is that there is a significant class imbalance in the sex of applicants in each of the two departments (Dept. A: 80–30, Dept. B: 20–70). Indeed, most female students applied to the more competitive Dept. B (which has low rates of admission), while most male students applied to the less competitive Dept. A (which has higher rates of admission). This causes the contradictory observations we had.

Latent variables, collider variables, and class imbalance can easily produce statistical paradoxes in many data science applications. A particular attention to these key points is therefore essential to correctly derive trends and analyse the results.

Bio: Francesco Casalegno is a Project Manager and Machine Learning Engineer, with a passion for solving any sort of problems related in general to Data Science. His background is in Software Engineering and Applied Mathematics. Francesco is always looking forward to new challenges, and he strongly believes in continuously improving himself and the team working with him.