With an estimated 44 zettabytes of data in existence in our digital world today and approximately 2.5 quintillion bytes of new data generated daily, there is a lot of data out there you could tap into for your data science projects. It's pretty hard to curate through such a massive universe of data, but this collection is a great start. Here, you can find data from cancer genomes to UFO reports, as well as years of air quality data to 200,000 jokes. Dive into this ocean of data to explore as you learn how to apply data science techniques or leverage your expertise to discover something new. 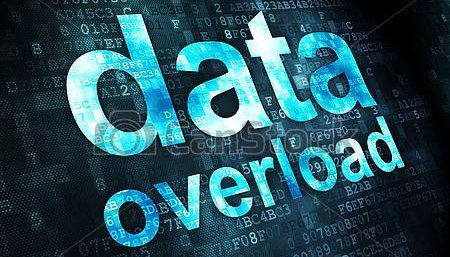 This is a huge list, so here are here are 100+ more categories

The University of Chicago Project on Security and Threats presents the updated and expanded Database on Suicide Attacks (DSAT), which now links to Uppsala Conflict Data Program data on armed conflicts and includes a new dataset measuring the alliance and rivalry relationships among militant groups with connections to suicide attack groups. Access it here.

You can do a lot of aggregated analysis in a pretty straightforward way there.

The HRRR is a NOAA real-time 3-km resolution, hourly updated, cloud-resolving, convection-allowing atmospheric model, initialized by 3km grids with 3km radar assimilation. Radar data is assimilated in the HRRR every 15 min over a 1-h period adding further detail to that provided by the hourly data assimilation from the 13km radar-enhanced Rapid Refresh.

Registry of Open Data on AWS

This registry exists to help people discover and share datasets that are available via AWS resources. Learn more about sharing data on AWS.

See all usage examples for datasets listed in this registry.

The GDC Data Portal is a robust data-driven platform that allows cancer researchers and bioinformaticians to search and download cancer data for analysis.

The Genome Aggregation Database (gnomAD) is a resource developed by an international coalition of investigators that aggregates and harmonizes both exome and genome data from a wide range of large-scale human sequencing projects. The summary data provided here are released for the benefit of the wider scientific community without restriction on use. Downloads

Stanford Question Answering Dataset (SQuAD) is a reading comprehension dataset, consisting of questions posed by crowdworkers on a set of Wikipedia articles, where the answer to every question is a segment of text, or span, from the corresponding reading passage, or the question might be unanswerable. Access it here.

The Pubmed Diabetes dataset consists of 19717 scientific publications from PubMed database pertaining to diabetes classified into one of three classes. The citation network consists of 44338 links. Each publication in the dataset is described by a TF/IDF weighted word vector from a dictionary which consists of 500 unique words. The README file in the dataset provides more details.

PharmGKB data and knowledge is available as downloads. It is often critical to check with their curators at feedback@pharmgkb.org before embarking on a large project using these data, to be sure that the files and data they make available are being interpreted correctly. PharmGKB generally does NOT need to be a co-author on such analyses; They just want to make sure that there is a correct understanding of our data before lots of resources are spent.

This dataset contains soil infrared spectral data and paired soil property reference measurements for georeferenced soil samples that were collected through the Africa Soil Information Service (AfSIS) project, which lasted from 2009 through 2018. Documentation

Dataset for Affective States in E-Environments

DAiSEE is the first multi-label video classification dataset comprising of 9068 video snippets captured from 112 users for recognizing the user affective states of boredom, confusion, engagement, and frustration “in the wild”. The dataset has four levels of labels namely – very low, low, high, and very high for each of the affective states, which are crowd annotated and correlated with a gold standard annotation created using a team of expert psychologists. Download it here.

NatureServe Explorer provides conservation status, taxonomy, distribution, and life history information for more than 95,000 plants and animals in the United States and Canada, and more than 10,000 vegetation communities and ecological systems in the Western Hemisphere.

The data available through NatureServe Explorer represents data managed in the NatureServe Central Databases. These databases are dynamic, being continually enhanced and refined through the input of hundreds of natural heritage program scientists and other collaborators. NatureServe Explorer is updated from these central databases to reflect information from new field surveys, the latest taxonomic treatments and other scientific publications, and new conservation status assessments. Explore Data here

Flight Records in the US

This database contains scheduled and actual departure and arrival times, reason of delay. reported by certified U.S. air carriers that account for at least one percent of domestic scheduled passenger revenues. The data is collected by the Office of Airline Information, Bureau of Transportation Statistics (BTS).

FlightAware.com has data but you need to pay for a full dataset.

The anyflights package supplies a set of functions to generate air travel data (and data packages!) similar to nycflights13. With a user-defined year and airport, the anyflights function will grab data on:

The U.S. Department of Transportation’s (DOT) Bureau of Transportation Statistics (BTS) tracks the on-time performance of domestic flights operated by large air carriers. Summary information on the number of on-time, delayed, canceled and diverted flights appears in DOT’s monthly Air Travel Consumer Report, published about 30 days after the month’s end, as well as in summary tables posted on this website. BTS began collecting details on the causes of flight delays in June 2003. Summary statistics and raw data are made available to the public at the time the Air Travel Consumer Report is released. Access it here

Open flights: As of January 2017, the OpenFlights Airports Database contains over 10,000 airports, train stations and ferry terminals spanning the globe

Flightera.net seems to have a lot of good data for free. It has in-depth data on flights and doesn’t seem limited by date. I can’t speak on the validity of the data though.

flightradar24.com has lots of data, also historically, they might be willing to help you get it in a nice format.

2019 Crime statistics in the USA

Dataset with arrest in US by race and separate states. Download Excel here

Yahoo is shutting down in 2021. This is Yahoo Answers datasets (300MB gzip) that is fairly extensive from 2015 with about 1.4m rows. This dataset has the best questions answers, I mean all the answers, including the most insane awful answers and the worst questions people put together. Download it here.

This is a dataset of about 55K Persian words with their phonetics. Each word is in a line and separated from its phonetic by a tab.

Air Quality Data Collected at Outdoor Monitors Across the US. This is a BigQuery Dataset. There are no files to download, but you can query it through Kernels using the BigQuery API. The AQS Data Mart is a database containing all of the information from AQS. It has every measured value the EPA has collected via the national ambient air monitoring program. It also includes the associated aggregate values calculated by EPA (8-hour, daily, annual, etc.). The AQS Data Mart is a copy of AQS made once per week and made accessible to the public through web-based applications. The intended users of the Data Mart are air quality data analysts in the regulatory, academic, and health research communities. It is intended for those who need to download large volumes of detailed technical data stored at EPA and does not provide any interactive analytical tools. It serves as the back-end database for several Agency interactive tools that could not fully function without it: AirData, AirCompare, The Remote Sensing Information Gateway, the Map Monitoring Sites KML page, etc.

This list of a topic-centric public data sources in high quality. They are collected and tidied from blogs, answers, and user responses. Most of the data sets listed below are free, however, some are not.

US Department of Education CRDC Dataset

The US Department of Ed has a dataset called the CRDC that collects data from all the public schools in the US and has demographic, academic, financial and all sorts of other fun data points. They also have corollary datasets that use the same identifier—an expansion pack if you may. It comes out every 2-3 years. Access it here.

Nasa Dataset: sequencing data from bacteria before and after being taken to space

NASA has some sequencing data from bacteria before and after being taken to space, to look at genetic differences caused by lack of gravity, radiation and others. Very fun if you want to try your hand at some bio data science. Access it here.

Extracted from the NYT story: here

Data is Plural is a really good newsletter published by Jeremy Singer-Vine. The datasets are very random, but super interesting. Access it here.

Huge list of terrorism incidents from inside the US and abroad. Each entry has date and location of the incident, motivations, whether people or property were lost, the size of the attack, type of attack, etc. Access it here.

Terrorist Attacks Dataset: This dataset consists of 1293 terrorist attacks each assigned one of 6 labels indicating the type of the attack. Each attack is described by a 0/1-valued vector of attributes whose entries indicate the absence/presence of a feature. There are a total of 106 distinct features. The files in the dataset can be used to create two distinct graphs. The README file in the dataset provides more details. Download Link

Terrorists: This dataset contains information about terrorists and their relationships. This dataset was designed for classification experiments aimed at classifying the relationships among terrorists. The dataset contains 851 relationships, each described by a 0/1-valued vector of attributes where each entry indicates the absence/presence of a feature. There are a total of 1224 distinct features. Each relationship can be assigned one or more labels out of a maximum of four labels making this dataset suitable for multi-label classification tasks. The README file provides more details. Download Link

This network dataset is in the category of Social Networks. A social network of bottlenose dolphins. The dataset contains a list of all of links, where a link represents frequent associations between dolphins. Access it here

There are about 208 000 jokes in this database scraped from three sources.

The Million Song Dataset is a freely-available collection of audio features and metadata for a million contemporary popular music tracks.

Decades of observations of birds all around the world, truly an impressive way to leverage citizen science. Access it here.

NUFORC geolocated and time standardized ufo reports for close to a century of data. 80,000 plus reports. Access it here

The CDC has a public database called NAMCS/NHAMCS that allows you to trend drug data. It has a lot of other data points so it can be used for a variety of other reasons. Access it here.