We give an example of how to use Expert.ai and Python to investigate favorite music albums.

Please find the notebook version of this thread here.

Let's build a small application to investigate one of my favourite artists. They are called "The Penguin Café Orchestra" and if you don't know them you are going to find out what they are about.

Our dataset: a list of their album's reviews that I took from Piero Scaruffi's website and saved in a dedicated folder.

Our goal: to understand more about an artist using album reviews.

Our practical goal: to see how expert.ai’s NL API works and what it can do.

What is The Penguin Café Orchestra about?

First let's see what comes out from the reviews just analysing the words used in them. We'll firstly concatenate all the reviews in one variable, in order to have a whole artist's review. Then we are going to take a look at the most frequent words in them, hoping that it will reveal more on the Penguin Café Orchestra.

Using a shallow-linguistics approach we can investigate the artist review, which contains all the available reviews. To do so we use matplotlib and word cloud to produce a word cloud that will tell us more about the most frequent words in the text. 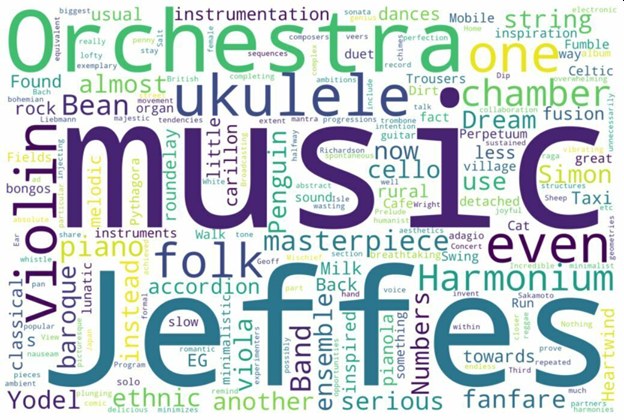 Fig.1: A word cloud in which the most used words appear in a bigger font and the less used one in a smaller font.

How does their music make you feel?

Thanks to the word cloud, we know more about The Penguin Café Orchestra. We know that they use instruments such as the ukulele, piano and violin, and that they mix genres such as folk, ethnic, and classic.

Still, we have no idea of the style of the artist. We can know more by looking at what emotions come out of their work.

To do so, we are going to use expert.ai’s NL API. Please register here, find the documentation on the SDK here and on the features here.

For retrieving weights we used “frequency” which is actually a percentage.  The sum of all the frequencies is 100. This makes the frequencies of the emotions a good candidate for a pie chart, that is plotted using matplotlib. 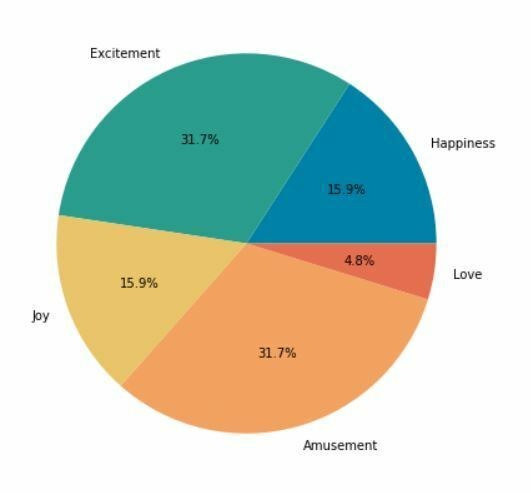 Fig.2: A pie chart representing each emotion and its percentage.

If you wanted to start to listen to them, to see if you feel the same emotions that Scaruffis found in their work, where could you start? We can take a look at the sentiment analysis for each album and get an idea of their best ones. To do so, we iterate on each album's review and use expert.ai NL API to retrieve their sentiment and its strength.

## Code for iterating on each album and retrieving the sentiment

Now we can visualize the sentiment for each review using a bar chart.  This will give us quick visual feedback on the best album of The Penguin Cafe Orchestra, and on their career. To do so we use once again matplotlib. 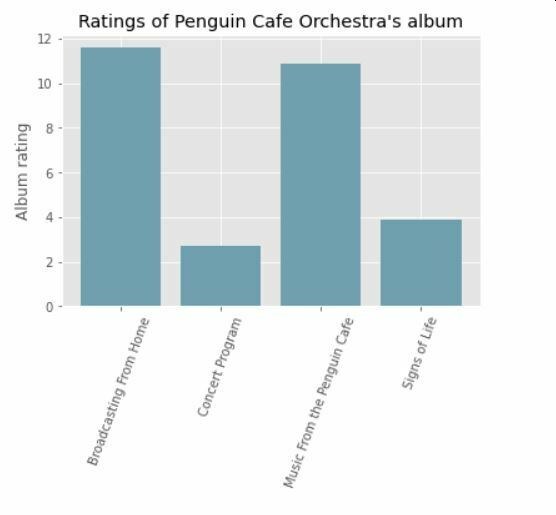