What Comes After HDF5? Seeking a Data Storage Format for Deep Learning

In this article we are discussing that HDF5 is one of the most popular and reliable formats for non-tabular, numerical data. But this format is not optimized for deep learning work. This article suggests what kind of ML native data format should be to truly serve the needs of modern data scientists. 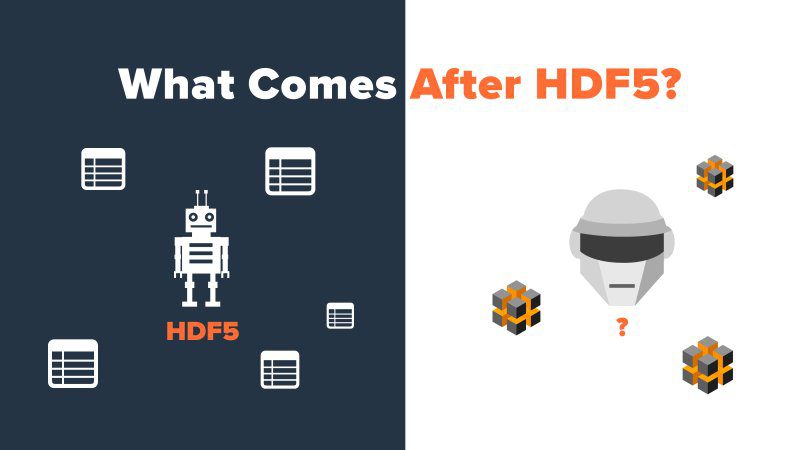 HDF5 is one of the most popular and reliable formats for non-tabular, numerical data.1 Let me give you an example. NASA’s Earth Observing System satellites gather around 16 TBs of data a day in the HDF5 format.

Even though it was created over twenty years ago, HDF remains popular with the PyData community through well-maintained open source libraries like h5py.

HDF5 is not optimized for Deep Learning

In HDF5, large datasets are typically stored as “chunks”; that is, a regular partition of the array. While this design decision means HDF can store petascale, unstructured numerical data like images and video, it was created before cloud object stores or deep learning. As result, there are a number of shortcomings when it comes to DL workloads:

Due to these challenges, most users convert data to another format (e.g. csv or TFRecords) before a single epoch can be run.

Rather than rewriting or repurposing HDF for the cloud, we think there should be a modern data storage format designed for distributed deep learning. While there are packages and managed services that allow users to read HDF data directly from the cloud6, they are not designed for large collections of unstructured data.

With training with petascale datasets of cloud infrastructure becoming the norm for both the academic and industry, a deep-learning format means a format that is:

Although designing and promoting a new data format is not a simple task (there have been several examples of unsuccessful “HDF for the cloud” libraries), we think a new format designed for ML purposes and unstructured data like images, videos, audio, to name a few, could help researchers and engineers do more with less.

Bio: Davit Buniatyan (@DBuniatyan) started his Ph.D. at Princeton University at 20. His research involved reconstructing the connectome of the mouse brain under the supervision of Sebastian Seung. Trying to solve hurdles he faced analyzing large datasets in the neuroscience lab, David became the founding CEO of Activeloop, a Y-Combinator alum startup. He is also a recipient of the Gordon Wu Fellowship and AWS Machine Learning Research Award. Davit is the creator of the open source package, Hub, the dataset format for AI.