What Is the Difference Between SQL and Object-Relational Mapping (ORM)?

Object-relational mapping, or ORM, is a technique that allows you to interact with databases using the object-oriented paradigm of the programming language of your choosing. How is that different from structured query language, though, and when do you use them?

By Shannon Flynn, Managing Editor at ReHack.com on February 24, 2022 in SQL 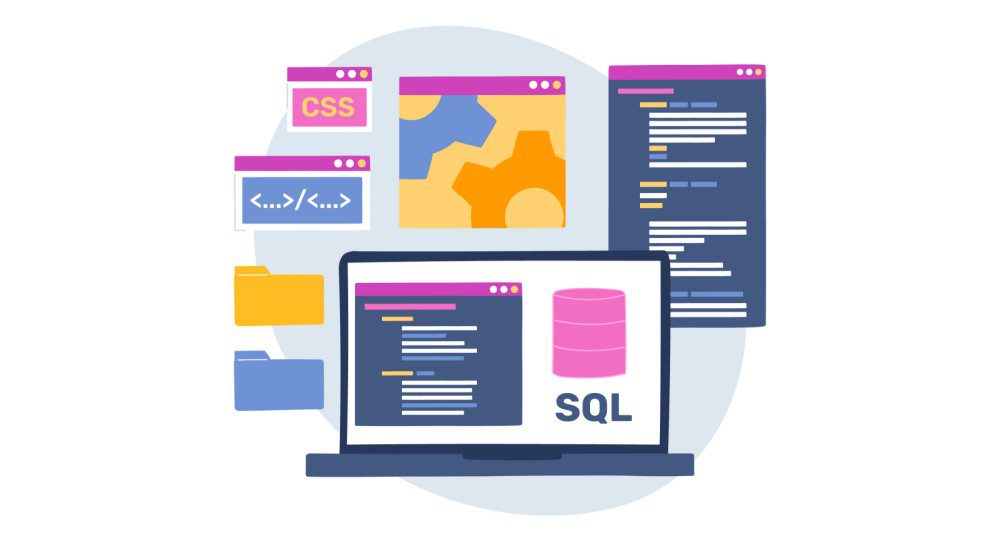 When working with databases, the question will often arise whether a person should use structured query language (SQL) or object-relational mapping (ORM). Here’s an overview of the two to help people make educated decisions about this matter.

How Does SQL Work?

SQL allows people to interact with relational databases by using specific queries. A relational database stores information in fields and usually organizes the content in rows and columns. Each database a person works with typically contains at least one table.

SQL is the programming language that allows the individual to pull up or modify the desired information when working with the database. They’d do that by inputting non-case-sensitive queries.

For example, the CREATE DATABASE command makes a new database, while the INSERT INTO command moves information into one. Those are two straightforward types of queries. However, depending on what someone needs to do, they can get much more complicated. In those cases, a distracted developer could become more likely to make an error.

How Is ORM Different From SQL?

Object-relational mapping lets people interact with databases in their programming languages of choice rather than forcing them to use SQL. Developers can use tools called object-relational mappers. They show the data in a structured way that helps users understand the content and layout of a database without using SQL. One of the major benefits is that it saves time compared to entering SQL queries.

As people’s interactions with data become more complex, so do the length of SQL queries to input. That reality increases the likelihood of errors. Things also get more complicated since there are multiple ways to write questions and get the same result.

An object-relational mapper works as a translator that converts code from one form to another. The tool creates objects representing a virtual map of the database. The user can then interact with the objects rather than directly engaging with code.

Considerations When Choosing Between SQL and ORM

People will naturally wonder when they should use SQL versus ORM. Here are a few things to keep in mind that can help them reach the right decisions for their situations.

Any comprehensive data security approach must protect information at rest, in use and in transit. SQL injection attacks allow malicious parties to tamper with stored data. Many things can make these incidents more likely, but old or error-ridden code are some of the main culprits. Using parameterized queries is one best practice for avoiding SQL injection attacks.

Many ORM tools parameterize some types of queries by default. That allows them to prevent some SQL attacks. Using an ORM is not a foolproof way to stop them, but it can reduce their likelihood.

Data showed that 47.8% of developers worldwide used SQL in 2021. That’s an overall minority but is still a substantial percentage. Someone who does not use SQL as often as they’d like or does not feel very comfortable may prefer using ORM instead. They may then be less likely to make mistakes, especially with complex queries.

However, some developers point out that the availability of ORMs is no excuse to shy away from learning SQL. An ORM still requires setup and configuration before people can work with it.

Complexity of the Queries and Speed Required

Another thing to consider about using an ORM versus SQL is that the former option can sacrifice some speed. As a result, people may find their productivity reduced when running complex queries.

If people worry about making mistakes when inputting complex queries with SQL, they might find the slower speed an acceptable tradeoff for the improved accuracy an ORM tool allows. However, someone with years of experience with SQL and who is confident in their abilities may not want to use an ORM tool and experience the slower processing speed.

Using ORM means always relying on a third-party tool when working with a database. SQL does not. If a person does not like the idea of needing a vendor’s product to make database changes, it’s better to have someone else with strong SQL skills do the job.

There are numerous ORM products on the market, and it’s not always easy to determine which is the best one to meet an organization’s needs. Perhaps decision-makers have yet to reach that conclusion, and they need database work done soon. In that case, SQL allows someone to complete the task before a company gets around to purchasing the ORM.

SQL requires developers to work directly with code. That means it’s often easier for them to carry out low-level troubleshooting because they can see exactly what queries got them to a certain point.

ORM works with a layer between the developer and the code, so it’s not easy to see what’s happening in the background. That aspect makes troubleshooting more complicated.

Many developers will likely use SQL and ORM at different times. That’s because there are instances when one is clearly the more appropriate option. However, it’s too short-sighted to say that one is the best choice in all cases. With that in mind, developers should think about factors such as the project’s scope, the organization’s needs and their abilities before determining which one to use.

Shannon Flynn (@rehackmagazine) is a technology blogger who writes about IT trends, cybersecurity, and business tech news. She's also a staff writer at MakeUseOf and is the Managing Editor at ReHack.com. Follow KDnuggets to read more from Shannon and other data science updates. See Shannon's personal website for more info.

KDnuggets Home » » What Is the Difference Between SQL and Object-Relational Mapping (ORM)?