Everything You Need to Know About Tensors

In this article, we will cover the basics of the tensors.

By Vidhi Chugh, KDnuggets on May 6, 2022 in Machine Learning

TensorFlow is the go-to library for most machine learning model developers. It comes with the ease of providing standard Keras API to allow users to build their own neural networks and is equally prevalent in research and commercial applications. 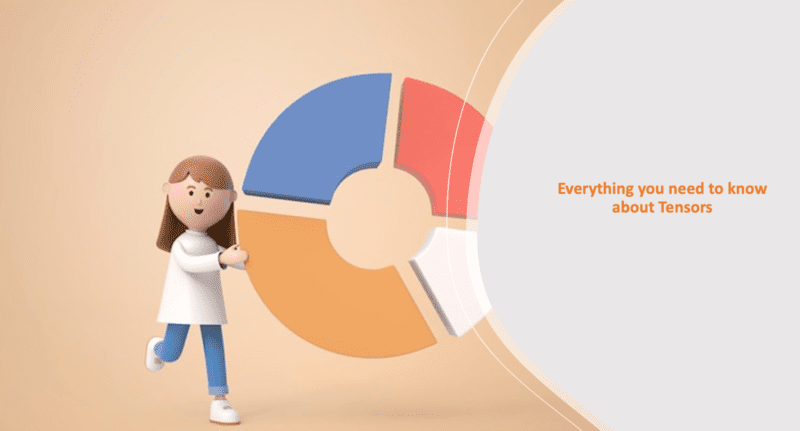 In this article, we will cover the basics of the tensors:

A tensor is a multi-dimensional array of elements with a single data type. It has two key properties – shape and the data type such as float, integer, or string.

TensorFlow includes eager execution where code is examined step by step making it easier to debug.

Tensor is generalized as an N-dimensional matrix.

It is difficult to visualize the tensors with increasing axes, an example of Rank-3 and Rank-4 tensors is shown below: 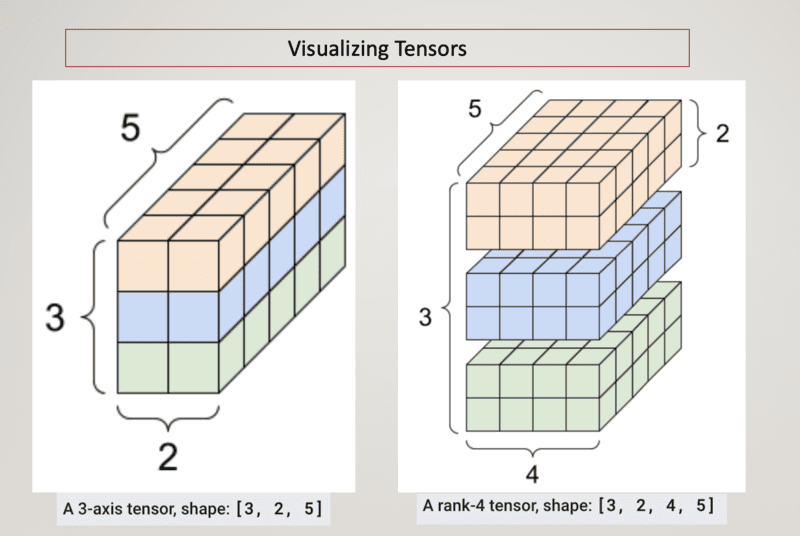 The key difference between tensors and NumPy arrays is that tensors have accelerator support like GPU and TPU and are immutable.

While TensorFlow operations automatically convert NumPy arrays to Tensors and vice versa, you can explicitly convert the tensor object into the NumPy array like this:

A tensor can be assigned value only once and cannot be updated. The tensors, like python numbers and strings, are immutable and can only be created new. In case your objective is to update the value of the tensor then you need to use variables.

Let’s learn how tensors work to understand the immutability concept. Consider a mathematical calculation like 1+1 = 2. Now, the tensor does not store the value as 2, it is the computation that is performed on the input tensors that gets executed and returns the value 2 to the output tensor.

Purpose of Tensors and Variables

Unlike tensor objects, we can read tf.Variable by evaluating its read operation and write by running an assign operation. Tensor represents complex mathematical expressions like loss functions and gradients, while a variable can store a state like weight matrices and convolutional filters during training

Get Familiar with Tensor Objects:

You can create a tensor with all elements filled with values 0 or 1 using tf.ones and tf.zeros.

Note that the default data type shown above is float. A tensor can have only one data type at a time. You can specify the data type as an integer below:

Alternatively, you can change the data type using tf.cast. We have created a 1-D tensor with a value of 4.5.

Note that we have not specified the data type explicitly, it is float32. You can check the data type using dtype, like how you accessed the NumPy array:

The tensor with float data type has changed to integer:

tf.Variable objects are built on top of tf.Tensor objects and have properties like name, value, data type, shape, etc. If you want to be able to trace the values of updated model parameters during training, give a ‘name’ argument in the input while creating the variable. In the absence of any specific name, TensorFlow assigns a default name as shown below:

Notice the name “var_example” while creating a variable: 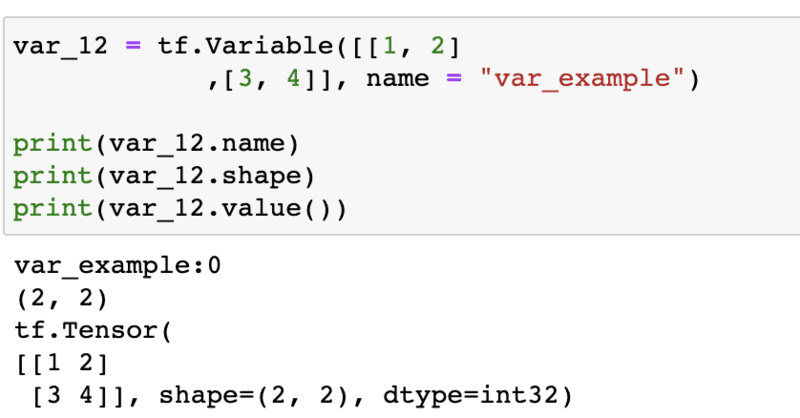 It is a graph node that takes tensors as an input, performs computation on them, and outputs tensor objects. There is a rich list of all the operations that can be performed on Tensors.

An example to perform addition and multiplication operation on two input tensors is shown below:

With this, we have come to an end to this post where we explained tensors through visualization, the difference between tensor objects and variables. We also covered how tensors are different from variables and when to use them. Next, we illustrated through examples various operations that can be performed on tensors.

KDnuggets Home » » Everything You Need to Know About Tensors