Does AI Get its Own Batman?

AI is sending up the Bat-signal and synthetic data is answering the call for more robust, powerful, and less-biased AI systems.

By Yashar Behzadi, Ph.D., CEO and Founder of Synthesis AI on May 6, 2022 in Artificial Intelligence 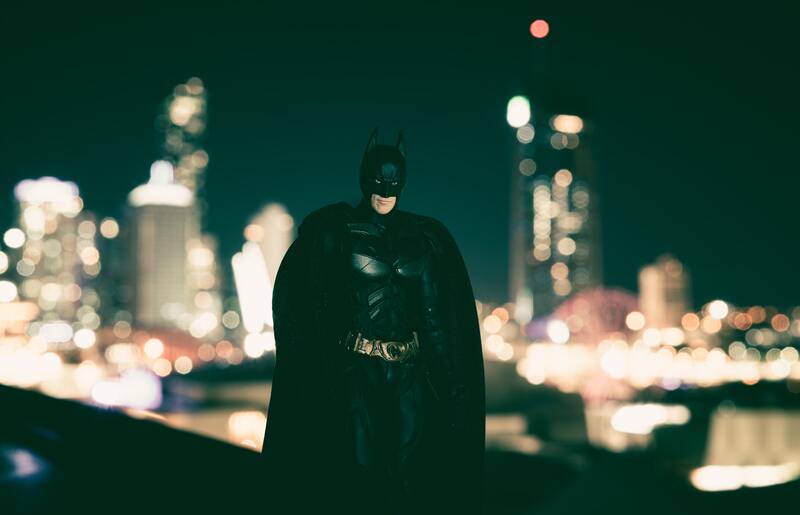 Photo by Michael Marais on Unsplash

Every blockbuster story has a hero and a villain, and the AI paradigm is no exception. As AI and data evolve and play a more prominent role in our day-to-day lives, AI has needed to throw up the bat signal for years. You know the story - millions of investments with little ROI.

To understand the role of the hero, it’s important to take note of the villain that’s keeping AI from reaching its full potential. For AI, the villain is two-faced. While data is one of the essential components of building reliable and robust AI models, data is also one of the most significant barriers to AI adoption.

According to Gartner, lack of data quality and quantity are some of the biggest hurdles for AI adoption. Successful AI initiatives need large amounts of data to draw information about the best response to a situation. AI can falter without sufficient data or if new scenarios don’t match past data. The more complex a situation is, it’s more likely the AI’s existing data won’t be sufficient.

It’s not always clear how much data is needed to initially train and refine an AI model. Privacy concerns can make it difficult to source the needed data as well.

In the visual domain, synthetic data has shown promise in creating more capable and ethical AI models. Synthetic data is computer-generated image data that models the real world. Technologies from the visual effects industry are coupled with generative neural networks to create vast, diverse, and photorealistic labeled image data. A synthetic data set is created artificially rather than through real-world data, allowing for training data to be developed at a fraction of the cost and time of current approaches. Like Bruce Wayne, synthetic data has many tricks up its sleeve.

Currently, it’s common for most AI systems to leverage ‘supervised learning’ or the process in which humans label and effectively teach AI how to interpret images. This process is time- and resource-intensive and fundamentally limited, as humans do not scale and, more importantly, cannot label key attributes such as 3D position, interactions, etc. Additionally, concerns with AI demographic bias and consumer privacy have amplified, making it increasingly difficult to obtain representative human data.

Faster Than a Speeding Bullet

Capturing and preparing real-world data for model training is a long and tedious process. Deploying the necessary hardware can be prohibitively expensive for complicated computer vision systems like autonomous vehicles, robotics, or satellite imagery. Once the data is captured, humans label and annotate essential features, which is prone to error and costly.

Synthetic data enables on-demand data reducing the cost and speed to market of computer vision models and products. It is orders of magnitude faster and cheaper than traditional human-annotated real-data approaches and will come to accelerate the deployment of new and more capable models across industries.

Like Batman’s capabilities, synthetic data's capabilities surpass that of the everyday citizen. As mentioned earlier, humans are limited in their capacity to accurately label key attributes that help computer vision systems interpret the world around them. Companies are limited by the availability of sufficiently diverse and accurately human-labeled datasets. Currently, the time and cost to acquire and label image data are immense. A fundamental limitation of this approach is that a human worker can’t label all the attributes a company might be interested in.

Unlike data from the real world that must be manually labeled, synthetic data is artificially generated and labeled data that models the real world. New labels provided by synthetic data approaches related to 3D position, depth, and new sensor systems will allow for the development of new and more capable models for applications like autonomy, robotics, and AR/VR/metaverse.

A Superhero for All

AI systems can contain inherent biases than can impact groups of people. The datasets powering AI models can be unbalanced with certain classes of data and either over or underrepresented groups of people. This can lead to gender, ethnicity, and age biases in AI data sets. Enter synthetic data.

Instead of being extracted from real-world events or phenomena, synthetic data is generated partially or entirely artificially. If the dataset is not diverse or large enough, AI-generated data can fill in the gaps and form a more comprehensive, unbiased data set. This allows AI scientists to create balanced datasets, helps organizations meet regulatory and compliance requirements, and builds more fair and ethical AI systems.

The world will need robust and ethical AI systems to power future applications. The autonomous vehicle driving travelers to the airport, the virtual work meeting in the metaverse, or the robot that delivers this week’s groceries will depend on computer vision applications powered by vast datasets. Synthetic data’s superpowers will play a vital role in ensuring those data sets are ethical, unbiased, economical, and robust.

Yashar Behzadi, Ph.D. is the CEO and Founder of Synthesis AI. He is an experienced entrepreneur who has built transformative businesses in AI, medical technology, and IoT markets.

KDnuggets Home » » Does AI Get its Own Batman?