Data classification, regression, and similarity matching underpin many of the fundamental algorithms in data science to solve business problems like consumer response prediction and product recommendation.

So let’s get started, 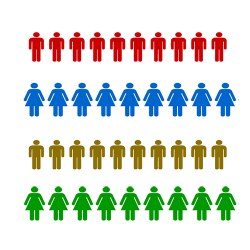 Classification and class probability estimation attempts to predict, for each individual in a population, to which class does this individual belongs to. Generally the classes are independent of each other. An example for a classification problem would be:

"Among all the customers of Dish, which are likely to respond to a new offer?"

In this example the two classes can be called "will respond" and "will not respond". Your goal for classification task is given a new individual; determine which class that individual belongs to. A closely related concept is scoring or class probability estimation.

A Scoring model when applied to an individual produces a score representing the probability that the individual belongs to each class. In our customer response example, a scoring model can evaluate each individual customer and produce a score of how likely each customer is to respond to the offer.

Regression is the most commonly used method in forecasting. Regression tries to predict a real valued output (numerical value) of some variable for that individual. An example regression problem would be: “What will be the cost of a given house?” The variable to be predicted here is housing price, and a model could be produced by looking at other, similar houses in the population and their historical prices. A regression procedure produces a model that, given a house, estimates the price of the house.

By heart this concept: “Scoring is a classification problem not a regression problem because the underlying target (value you are attempting to predict) is categorical” 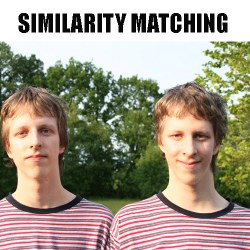 Similarity matching tries to recognize similar individuals based on the information known about them. If two entities (products, services, companies) are similar in some way they share other characteristics as well.

Similarity is the underlying principle for making product recommendations (identifying people who are alike in terms of the products they have purchased or have liked). Online retailers such as Amazon and Flipkart use similarity to provide recommendations of similar products to you. Whenever you see expressions like “People who like A also like B” or “people with your browsing history have also looked at …..” The concept of similarity is being applied.

I talked about classification, regression and similarity matching in this post. I strongly believe the application of these fundamental methods to business problems is far more important than their algorithmic details. Important things to keep in mind are:

Manu Jeevan is a self-taught data scientist and blogger at BigDataExaminer, where he writes about Data Science, Statistics, Python and Machine Learning, to help others learn data science.