Gain a beginner's perspective on artificial neural networks and deep learning with this set of 14 straight-to-the-point related key concept definitions.

By Matthew Mayo, KDnuggets on June 13, 2022 in Machine Learning 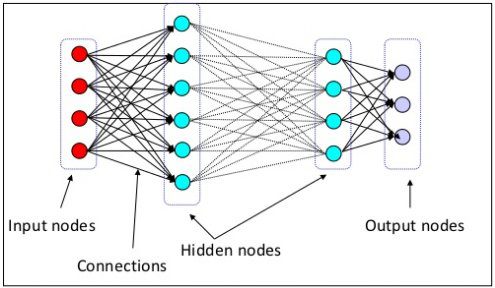 Deep learning has racked up an impressive collection of accomplishments in the past several years. In light of this, it's important to keep a few things in mind, at least in my opinion:

So, with that, let's look at some deep learning-related terminology, focusing on concise, no-nonsense definitions.

The machine learning architecture was originally inspired by the biological brain (particularly the neuron) by which deep learning is carried out. Actually, artificial neural networks (ANNs) alone (the non-deep variety) have been around for a very long time, and have been able to solve certain types of problems historically. However, comparatively recently, neural network architectures were devised which included layers of hidden neurons (beyond simply the input and output layers), and this added level of complexity is what enables deep learning, and provides a more powerful set of problem-solving tools.

ANNs actually vary in their architectures quite considerably, and therefore there is no definitive neural network definition. The 2 generally-cited characteristics of all ANNs are the possession of adaptive weight sets, and the capability of approximating non-linear functions of the inputs to neurons.

Much is often made of the definitive connection between biological and artificial neural networks. Popular publications propagate the idea that ANNs are somehow an exact replica of what's going on in the human (or other biological) brain. This is clearly inaccurate; at best, early artificial neural networks were inspired by biology. The abstract relationship between the 2 are no more definitive than the abstract comparison drawn between the make up and functionality of atoms and the solar system.

That said, it does do us some good to see how biological neurons work at a very high level, if simply to understand the inspiration for ANNs. 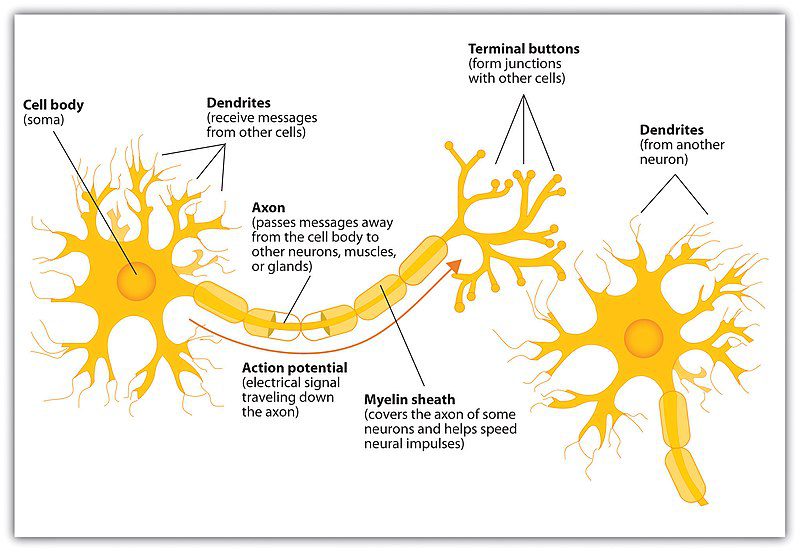 The major components of the biological neuron of interest to us are:

Chemicals called neurotransmitters then diffuse across the synaptic cleft between an axon ending and a neighboring dendrite, constituting a neurotransmission. The essential operation of the neuron is that an activation flows into a neuron via a dendrite, is processed, and is then retransmitted out an axon, through its axon endings, where it crosses the synaptic cleft, and reaches a number of receiving neurons’ dendrites, where the process is repeated.

A perceptron is a simple linear binary classifier. Perceptrons take inputs and associated weights (representing relative input importance), and combine them to produce an output, which is then used for classification. Perceptrons have been around a long time, with early implementations dating back to the 1950s, the first of which were involved in early ANN implementations.

In contrast to the above feedforward neural networks, the connections of recurrent neural networks form a directed cycle. This bidirectional flow allows for internal temporal state representation, which, in turn, allows sequence processing, and, of note, provides the necessary capabilities for recognizing speech and handwriting.

The best concise, elementary definition of backpropagation I have ever come across was by data scientist Mikio L. Braun, giving the following answer on Quora, which I reproduce verbatim so as not soil its simple perfection:

When training a neural network, the correctness of the network's output must be assessed. As we know the expected correct output of training data, the output of training can be compared. The cost function measures the difference between actual and training outputs. A cost of zero between the actual and expected outputs would signify that the network has been training as would be possible; this would clearly be ideal.

So, by what mechanism is the cost function adjusted, with a goal of minimizing it?

Gradient descent is an optimization algorithm used for finding local minima of functions. While it does not guarantee a global minimum, gradient descent is especially useful for functions which are difficult to solve analytically for precise solutions, such as setting derivatives to zero and solving.

As alluded to above, in the context of neural networks, stochastic gradient descent is used to make informed adjustments to your network's parameters with the goal of minimizing the cost function, thus bringing your network's actual outputs closer and closer, iteratively, to the expected outputs during the course of training. This iterative minimization employs calculus, namely differentiation. After a training step, the network weights receive updates according the gradient of the cost function and the network's current weights, so that the next training step's results may be a little closer to correct (as measured by a smaller cost function). Backpropagation (backward propagation of errors) is the method used to dole these updates out to the network.

Backpropagation uses the chain rule to compute gradients (by differentiation), in that layers toward the "front" (input) of an n-layer neural network would have their small number updated gradient value multiplied n times before having this settled value used as an update. This means that the gradient would decrease exponentially, a problem with larger values of n, and front layers would take increasingly more time to train effectively.

First, convolution, as nicely described by Denny Britz, can be thought of as a sliding window over top a matrix representation of an image (see below). This allows for the loose mimicking of the overlapping tiling of the biological visual field.

Implementation of this concept in the architecture of the neural network results in collections of neurons dedicated to processing image sections, at least when employed in computer vision. When utilized in some other domain, such as natural language processing, the same approach can be used, given that input (words, sentences, etc.) could be arranged in matrices and processed in similar fashion.

A Long Short Term Memory Network (LSTM) is a recurrent neural network which is optimized for learning from and acting upon time-related data which may have undefined or unknown lengths of time between events of relevance. Their particular architecture allows for persistence, giving the ANN a "memory." Recent breakthroughs in handwriting recognition and automatic speech recognition have benefited from LSTM networks. 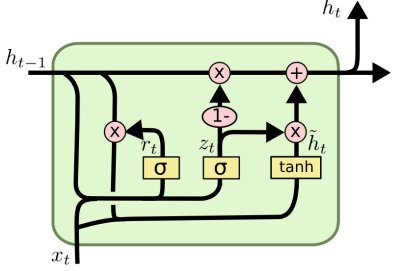 This is clearly only a small subset of deep learning terminology, and many additional concepts, from elementary to advanced, await your exploration as you learn more about the current leading field in machine learning research.