Say, you’re developing a new product. One thing you’ll want to know is how important various features of a product or service of that type are to consumers. We often try to get at this by asking respondents directly in focus groups or quantitative surveys, but this may mislead us because many people have difficulty answering questions such as these. In surveys, for example, many will claim that just about everything about a product is important. 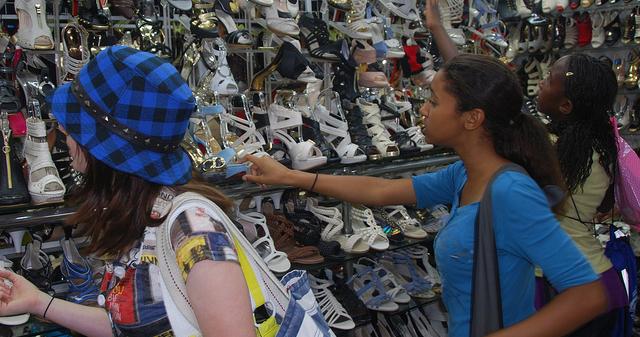 Instead, what conjoint does is force respondents to make trade-offs. It enables researchers to decompose a product, which can be real or hypothetical, into its constituent parts, and estimate the relative importance of each of these parts. Utility is frequently used in conjoint parlance to mean importance. These components can be reassembled in many combinations to form real or hypothetical products, and “what if” simulations run which pit these products against each other.

By modifying a product’s mix of features - raising or lowering price, for instance, or adding or deleting a feature - we can see which products grab the highest preference share. Since tastes can vary considerably among consumers, the utilities can be used in segmentation analysis to identify groups of people whose preferences differ from people in other segments.

Conjoint analysis has been used in marketing research since the 1970s, sparked by the influential 1974 paper "On the Design of Choice Experiments Involving Multifactor Alternatives" by eminent Wharton professor Paul Green in the Journal of Consumer Research. Conjoint measurement was a term used interchangeably with conjoint analysis for many years, and it is now typically known just as “conjoint.”

Its origins can be traced further back, to agricultural experiments conducted by legendary statistician R.A. Fisher (shown in the background photo) and his colleagues in the 1920s and 1930s. If you’ve had a course in design and analysis of experiments and have a background in analysis of variance (ANOVA), the fundamentals of conjoint will seem very familiar.

Psychometricians such as Louis Thurstone were also highly influential in the development of conjoint and provided much of the inspiration for Green’s paper. See Luce, R. Duncan and John W. Tukey (1964), "Simultaneous Conjoint Measurement: A New Type of Fundamental Measurement" in the Journal of Mathematical Psychology for another seminal paper. Luce and Tukey were also renowned statisticians.

Not surprisingly, the term conjoint is used rather loosely by marketing researchers and now most of the time actually refers to Discrete Choice Modeling, which built on earlier developments and is commonly associated with the pioneering work of economist Daniel McFadden. McFadden was later rewarded with a Nobel prize for his efforts. See McFadden, D. (1974), “Conditional logit analysis of qualitative choice behavior”, in P. Zarembka, ed., Frontiers in Econometrics, pp. 105-142.

As you can see, conjoint has a very distinguished heritage!

There are many variations and spin offs of conjoint, such as MaxDiff (aka Best-Worst Scaling), and many ways to collect and model the data, and to perform simulations. Typically, it is conducted online, though originally, it was mostly done face-to face. The conjoint exercise is part of a quantitative survey ranging in size between a few hundred to a thousand or more respondents.

In the conjoint section of the survey, respondents are shown 10-15 choice tasks, each task consisting of 3-5 products (real or hypothetical). In each task, they are asked which (if any) of the products they would choose if these were the only ones available when they were shopping for that kind of product or service. From their pattern of choices, we can make statistical guesses as to which features are most important to each respondent. As noted earlier, these individual-level utilities can be used for segmentation.

The stimuli - how the products are depicted - can influence the results. Often a brand logo or pack shot for each is shown along with information about the features of the product. Features are subdivided by conjoint researchers into attributes and levels. Price is an example of an attribute and $1.99 is a price level. The number of levels typically ranges between 2 and 5, and attributes with more levels will tend to have higher relative importance.

Care, obviously, must be taken when designing conjoint studies, and specialized experimental designs are required. There is a whole textbook devoted to that subject: Construction of Optimal Stated Choice Experiments (Street and Burgess).Multinomial logistic regression (aka multinomial logit) models are the usual way to estimate the utilities, most often with hierarchical Bayes or latent class modeling.

It is not possible in this short article to do more than scratch the surface of this subject, but here are a few things to bear in mind if you are thinking about using conjoint and are new to it. First, there has been a lot of hype over the years about conjoint. However, it is not a panacea and cannot do everything. Conjoint projects can become very complex and yield results that are not sensible or trustworthy when we try to do too much, for example when we have too many product features or too many levels for some features.

The modeling method used can have a substantial impact on the results, and different simulation tools, or options within the same tool, will sometimes suggest different decisions. There are numerous other traps and pitfalls we must avoid when designing the choice experiment, collecting the data, analyzing the results, running simulations, and interpreting and presenting the results.

The foregoing has been a tiny snapshot of this very big and important topic. Conjoint Analysis, Related Modeling, and Applications by John Hauser and Vithala Rao, illustrious statisticians in their own right, gives a concise history of conjoint and many details about the method. Several books about conjoint have been published, for example, Getting Started with Conjoint Analysis (Orme), Discrete Choice Methods with Simulation (Train) and Applied Choice Analysis (Hensher et al.).

The discussion Dave McCaughan and I had with Terry Flynn, co-author of Best-Worst Scaling: Theory, Methods and Applications (Louviere et al.), will also be of interest to you. This was part of an audio podcast series called MR Realities and you can listen to Terry’s session by following these links:

"Conjoint Analysis: Making It Work For You" (Part 1)

"Conjoint Analysis: Making It Work For You" (Part 2)

I hope this very brief tour has been helpful!