Folium is a powerful data visualization library in Python that was built primarily to help people visualize geospatial data. With Folium, one can create a map of any location in the world if its latitude and longitude values are known. This guide will help you get started. 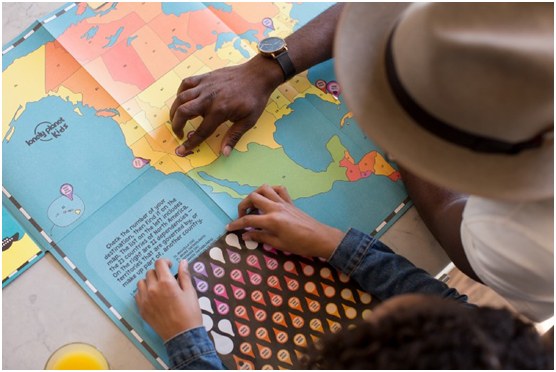 Data visualization is a broader term that describes any effort to help people understand the importance of data by placing it in a visual context. Patterns ,trends, and correlations can be easily shown visually which otherwise might go unnoticed in textual data. It is a fundamental part of the data scientist’s toolkit. Creating visualisations is pretty easy but creating good ones is much harder. It requires an eye for detail and good amount of expertise to create visualisations which are simple yet effective. Powerful visualisation tools and libraries are available today which have re defined the meaning of visualisation.

This tutorial assumes basic knowledge of Python and Jupyter notebook, along with Pandas library.

Folium is a powerful data visualisation library in Python that was built primarily to help people visualize geospatial data. With Folium, one can create a map of any location in the world as long as its latitude and longitude values are known. Also, the maps created by Folium are interactive in nature, so one can zoom in and out after the map is rendered, which is a super useful feature.

Before being able to use Folium, one may need to install it on the system by any of the two methods below:

We’ll be working with the World Development Indicators Dataset which is an open dataset on Kaggle. We will be using the ‘indicators.csv’ file in the dataset.

Also, since we are dealing with geospatial maps, we also need the country coordinates for plotting. Download the file from here.

The file can also be downloaded from my github repo.

The World Development Indicators dataset is just a slightly modified version from the dataset that’s actually available from the World Bank. It contains over a thousand annual indicators of economic development from about 247 countries around the world from 1960 to 2015. Few of the Indicators are:

Life expectancy at birth, female (years) appears to be good indicator for investigation. So, let’s pull out the life expectancy data for all the countries in 2013. We are just choosing the year at random.

Also let us set up our data for plotting by keeping just the country code and the values that we’ve plotted. We’ll also want to extract the name of the indicatorfor use as the legend in the figure.

Now we’re actually going to to create the Folium interactive map. We’ll create a map at a fairly high level of zoom. And then next, we’ll use the built-in method called choropleth to attach the country’s geographic json and the plot data.

Next, we specify some of the aesthetics, like the color scheme, the opacity and then we label the legend.

The output of this plot is going to be saved as a html file which is actually interactive. So, what we’ll need to do is to save it and read it back into the notebook in order to interact with it on the map.

We will obtain a map like the one below:

This was a pretty simple first step into the world of choropleth maps using Pandas dataframes and Folium. You can explore more about folium and the interactiveness it provides at the official documentation page.

To see the actual interactiveness of the map, visit the Github repo .