What is the Best Python IDE for Data Science?

Before you start learning Python, choose the IDE that suits you the best. We examine many available tools, their pros and cons, and suggest how to choose the best Python IDE for you. 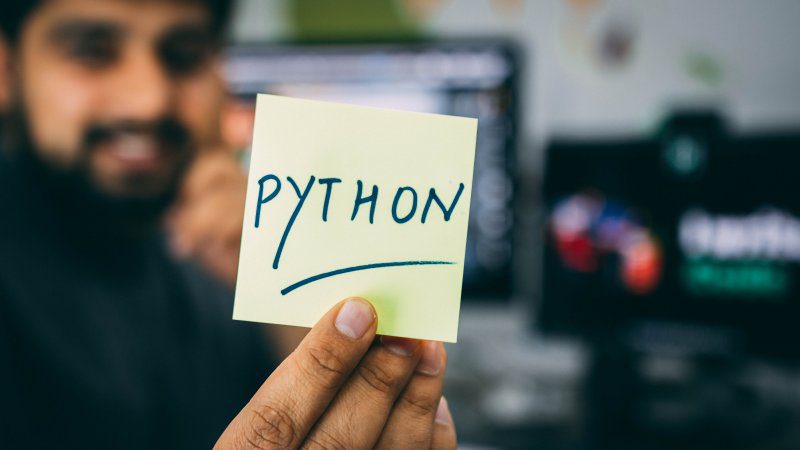 Created by Guido van Rossum, Python was first released back in 1991. The interpreted high-level programming language is developed for general-purpose programming. Python interpreters are available on several operating systems, including Linux, MacOS, and Windows.

Editor: Here are the most popular IDEs / Editors for Python, based on KDnuggets Poll inspired by this blog.

With a running course of almost 3 decades, Python has garnered enormous popularity among the programming community. Using IDLE or the Python Shell for writing down Python code is effectual for smaller projects, but not practical while working on full-fledged machine learning or data science projects.

In such a case, you need to use an IDE (Integrated Development Environment) or a dedicated code editor. As Python is one of the leading programming languages, there is a multitude of IDEs available. So the question is, “Which is the best IDE for Python?”

Apparently, there is no single IDE or code editor for Python that can be crowned with “THE BEST” label. This is because each of them has their own strengths and weaknesses. Furthermore, choosing among the vast number of IDEs might be time-consuming.

Worry not though, as we’ve got you covered. In order to help you pick the right one, we’ve sorted out some of the prominent IDEs for Python, specifically created for working with data science projects. These are:

One of the greatest features that Atom brings to the table is support for SQL queries. However, you need to install the Data Atom plugin first to access the feature. It provides support for Microsoft SQL Server, MySQL, and PostgreSQL. Furthermore, you can visualize results in Atom without the need of opening any other window.

Yet another Atom plugin that will benefit Python data scientists is the Markdown Preview Plus. This provides support for editing as well as visualizing Markdown files, allowing you to preview, render LaTeX equations, etc.

Born out of IPython in 2014, Jupyter Netbook is a web application based on the server-client structure. It allows you to create as well as manipulate notebook documents called notebooks. For Python data scientists, Jupyter Notebook is a must-have as it offers one of the most intuitive and interactive data science environments.

In addition to operating as an IDE, Jupyter Notebook also works as an education or presentation tool. Moreover, it is a perfect tool for those just starting out with data science. You can easily see and edit the code with Jupyter Notebook, allowing you to create impressive presentations.

By using visualization libraries like Matplotlib and Seaborn, you can display the graphs in the same document as the code is in. Also, you can export your entire work to a PDF, HTML or .py file. Like IPython, Project Jupyter is an umbrella term for a bunch of projects, including Notebook itself, a Console, and a Qt console.

PyCharm is a dedicated IDE for Python. PyCharm to Python is what Eclipse is to Java. The full-featured Integrated Development Environment is available both in free and paid versions, dubbed Community and Professional editions, respectively. It is one of the quickest IDEs to install with a simplistic set up thereafter, and is preferred by data scientists.

For those with a likeness for IPython or Anaconda distribution, know that PyCharm easily integrates tools like Matplotlib and NumPy. This means you can work easily with array viewers and interactive plots while working on data science projects. Other than that, the IDE extends support for JavaScript, Angular JS, etc. This makes it opportune for web development too.

Once you finish the installation, PyCharm can be readily used for editing, running, writing, and debugging the Python code. To start with a new Python project, you need to simply open a fresh file and start writing down the code. In addition to offering direct debugging and running features, PyCharm also offers support for source control and full-sized projects.

The logo with the orange hints at the fact that this Python IDE is developed especially for carrying out data analysis. If you have some experience with RStudio, then you will know that Rodeo shares many of its traits with it. For those of you unaware of RStudio, it is the most popular integrated development environment for the R language.

Like RStudio, Rodeo’s window is divided into four divisions, namely text editor, console, environment for variable visualization, and plot/libraries/files. Amazingly, both Rodeo and RStudio shares a great degree of resemblance with MATLAB.

What’s best about Rodeo is that it offers the same level of convenience to both beginners and veterans. As the Python IDE allows you to see and explore while creating simultaneously, Rodeo is undoubtedly one of the best IDEs for those starting out with data science using Python. The IDE also boasts built-in tutorials and comes with helper material.

Spyder is an open-source, dedicated IDE for Python. What’s unique about the IDE is that it is optimized for data science workflows. It comes bundled with the Anaconda package manager, which is the standard distribution of Python programming language. Spyder has all the necessary IDE features, including code completion and an integrated documentation browser.

Build especially for data science projects, Spyder flaunts a smooth learning curve allowing you to learn it in a flash. The online help option allows you to look for specific information about libraries while side-by-side developing a project. Moreover, the Python-specific IDE shares resemblance with RStudio. Hence, it is opportune to go for when switching from R to Python.

Spyder’s integration support for Python libraries, such as Matplotlib and SciPy, further testifies to the fact that the IDE is meant especially for data scientists. Other than the appreciable IPython/Jupyter integration, Spyder has a unique “variable explorer” feature at its disposal. It allows displaying data using a table-based layout.

How to Choose the Best IDE for Python?

Well, this depends entirely on the kind of requirements you need to fulfill. Nonetheless, here is some general advice:

Bio: Saurabh Hooda has worked globally for telecom and finance giants in various capacities. After working for a decade in Infosys and Sapient, he started his first startup, Leno, to solve a hyperlocal book-sharing problem. He is interested in product marketing, and analytics. His latest venture Hackr.io recommends the best Data Science tutorial and online programming courses for every programming language. All the tutorials are submitted and voted by the programming community.